The MAC has two musical performances scheduled for the Nocturne on June 7. First, Le Révélateur, made up of Roger Tellier-Craig and Sabrina Ratté, will offer a unique audiovisual electronic experience. Performing next will be Jefre Cantu-Ledesma and Paul Clipson, two San Francisco artists who promise an exceptional audiovisual feast. This Nocturne is presented in collaboration with the Festival Suoni Per il Popolo.

This Friday Nocturne is presented in partnership with the Suoni Per Il Popolo Festival and CKUT.

Le Révélateur started in 2008 as a solo venture for Montreal-based electronic musician Roger Tellier-Craig. It has since expanded into an audiovisual duo with the inclusion of video artist Sabrina Ratté in 2010. Together they explore a common fascination with the combination of electronic image and sound, using a varying array of digital and analogue technologies. They have performed together in many different cities including San Francisco (On Land Festival), Paris, Brooklyn, Mexico City (Mutek.Mx), Ottawa (Electric Fields Festival), Barcelona (Micro Mutek), Lyon and Montreal (Mutek, Suoni Per Il Popolo).

Le Révélateur has released recordings on Root Strata (Motion Flares, 2010), Emeralds’ member Steve Hauschildt’s own Gneiss Things (Fictions, 2011) and NNA Tapes (Horizon Fears, 2012). Root Strata have also recently published a DVD entitled Fictions, a collection of all the videos created by Sabrina Ratté for each composition featured on the LP of the same name.

Multi-instrumentalist Jefre Cantu Ledesma is a member of several bands including Tarentel, The Alps, The Holy See, Two Suns. He got his start in Tarentel as one of the founding members, and is still a primary figure in the band’s line-up. In addition, Cantu-Ledesma is and has been involved in a slew of other musical projects. His label, Root Strata, is highly regarded by the drone/ambient music community and has an extensive catalogue that includes artists such as Tarentel, Grouper, Ilyas Ahmed, The North Sea, Starving Weirdos and Brothers of the Occult Sisterhood. He has been releasing music under his own name since 2005, and before that as Colophon.

Paul Clipson is a San Francisco-based filmmaker and experimental film artist whose work involves projected installations and live collaborative performances with sound artists and musicians. His largely improvised, in-camera-edited films bring to light subconscious preoccupations and unexpected visual forms. His works have been exhibited and performed both nationally and internationally at such festivals as the New York Film Festival, the Edinburgh Film Festival and the Rotterdam International Film Festival.

Fee(s)
Admission with either regular Musée ticket or the Museum member card.
Reservations

Staff will be on hand in the galleries to answer visitors’ questions. 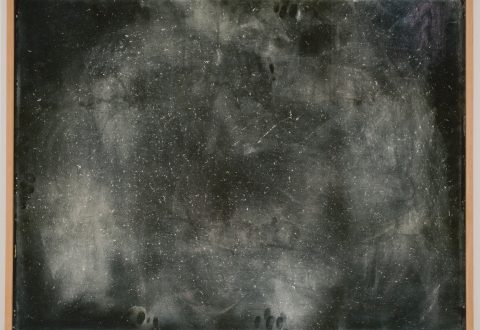