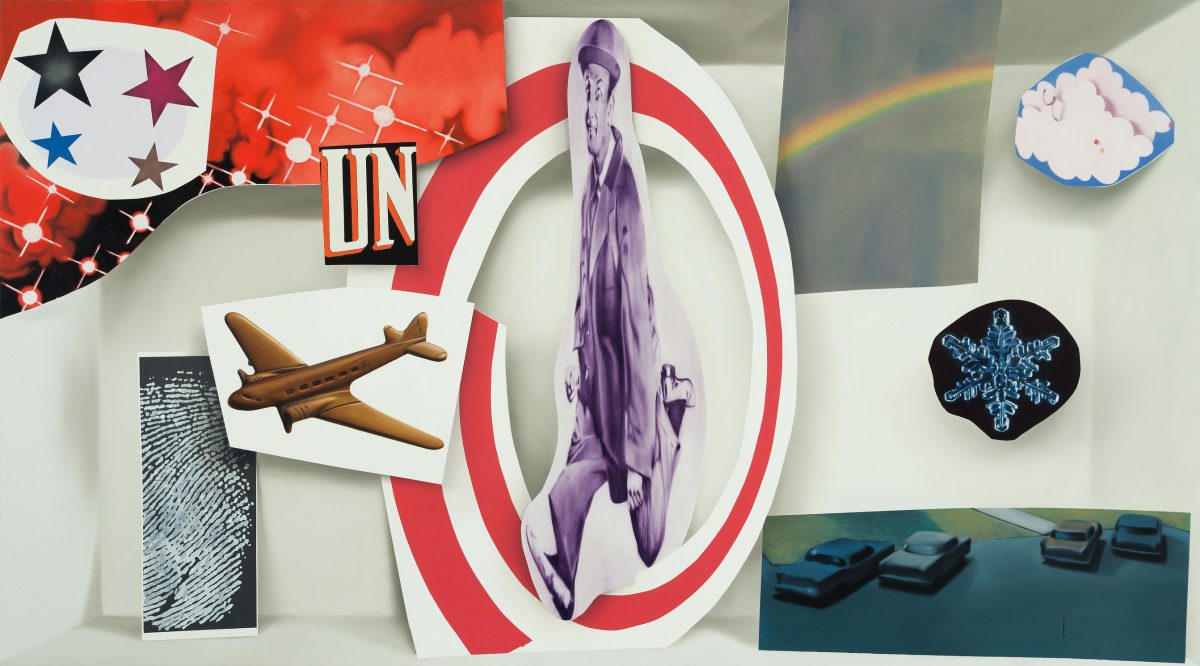 In 2009, a two-part exhibition of work by David Elliott, titled Chutes, was presented at the McClure Gallery and at Galerie Joyce Yahouda in Montréal. A nod to Robert Charlebois’ celebrated song Lindberg, Elliott’s painting Chutes is like a theatrical space where found image fragments from popular culture are recreated at a vastly skewed scale. Borrowing from the aesthetics of collage, Elliott creates improbable worlds by uniting disparate images, ranging from a rainbow on a grey background, an airplane in flight, to cars in a parking lot, and a comedian leaping through a red spiral in the centre of the painting. Shadows painted around each image fragment give the painting a sense of depth and three-dimensionality that is both realistic and ambiguous. This work is part of a larger series dating from 2007-2008, also titled Chutes, based on a small-scale, three-dimensional models made by the artist in his studio and then reproduced as a two-dimensional image.