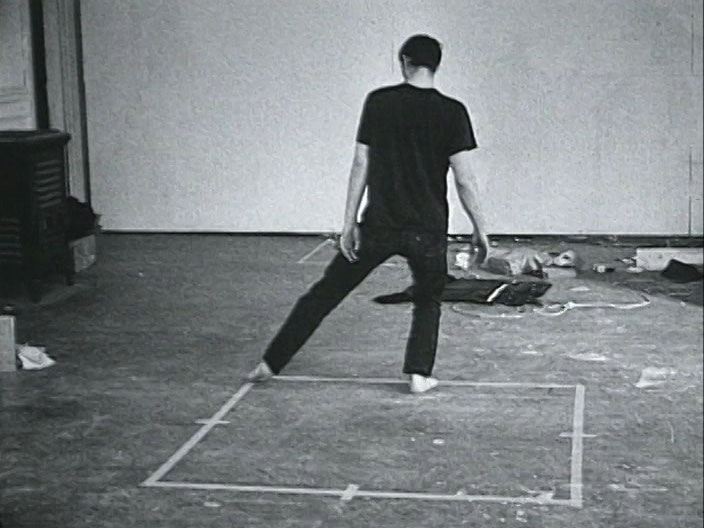 In 1967-1968, Bruce Nauman filmed a series of performances that reflect the influence of choreographers such as Merce Cunningham and Meredith Monk. Filmed in his studio, they show the artist executing a series of repetitive, regulated and methodic gestures, best described by the title of the work. From this series, Dance or Exercise on the Perimeter of a Square (Square Dance) shows the artist standing on a white square frame drawn on the floor, stretching his legs in alternate steps to touch the corners of the square to the rhythm of a ticking metronome.