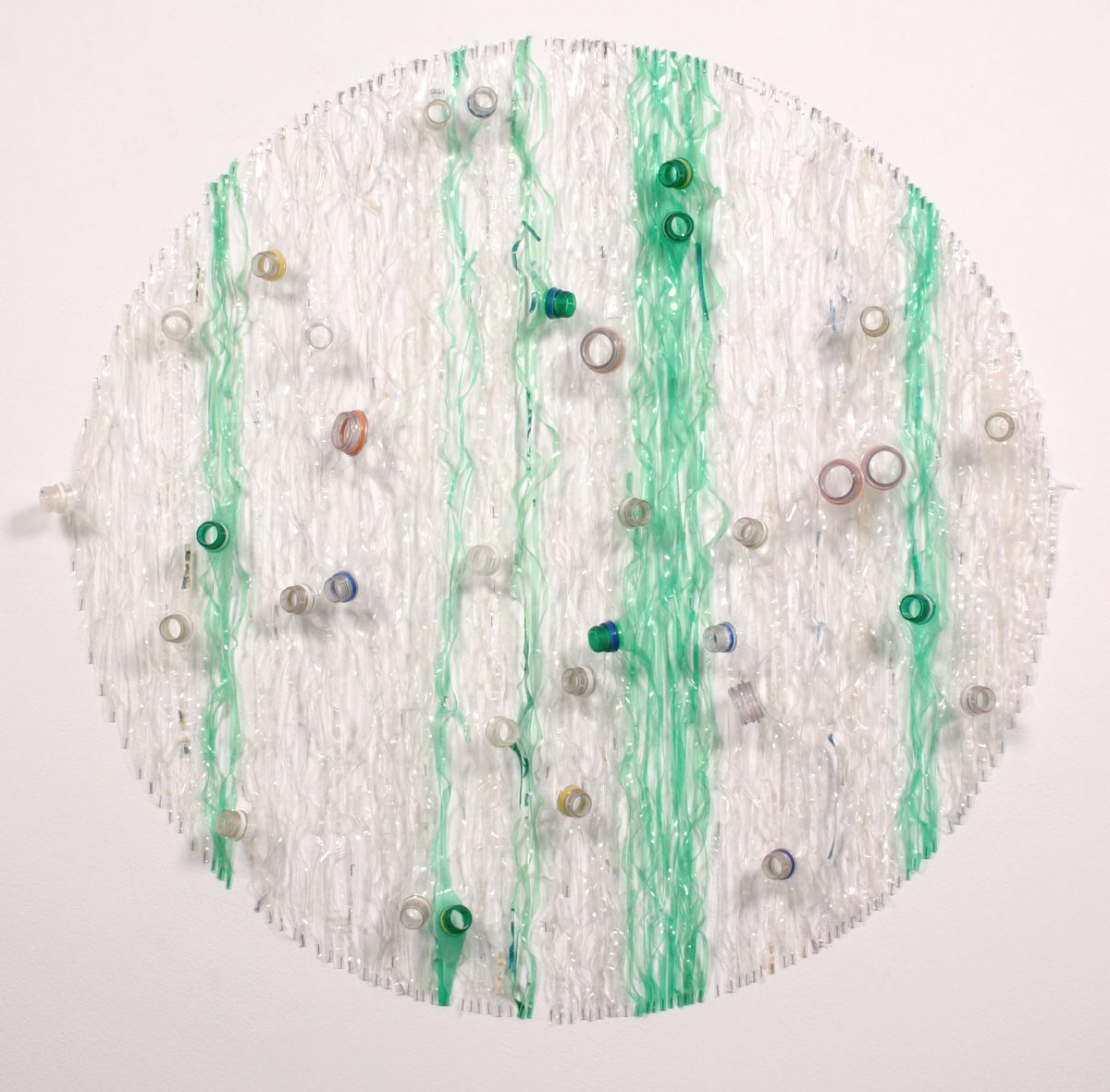 In 2001, Jérôme Fortin began a series titled Marines during his residency at Est-Nord-Est, a contemporary art research and production centre in Saint-Jean-Port-Joli, Québec. These works are made of plastic bottles that were collected on the shores of the Saint Lawrence river, where the artist would walk each day. The bottles are cut into strips, flattened on the wall in a manner reminiscent of waves, and shaped into large tondo, or disks, that recall the porthole of a ship. The bottle caps, which are sometimes visible, act like small air bubbles and hint at the work’s material origins. In Marine Saint-Jean-Port-Joli 2, the object shows clear signs of time spent in the natural environment before its soiled and faded contents were salvaged on the shores of the Saint Lawrence. 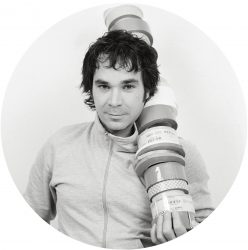