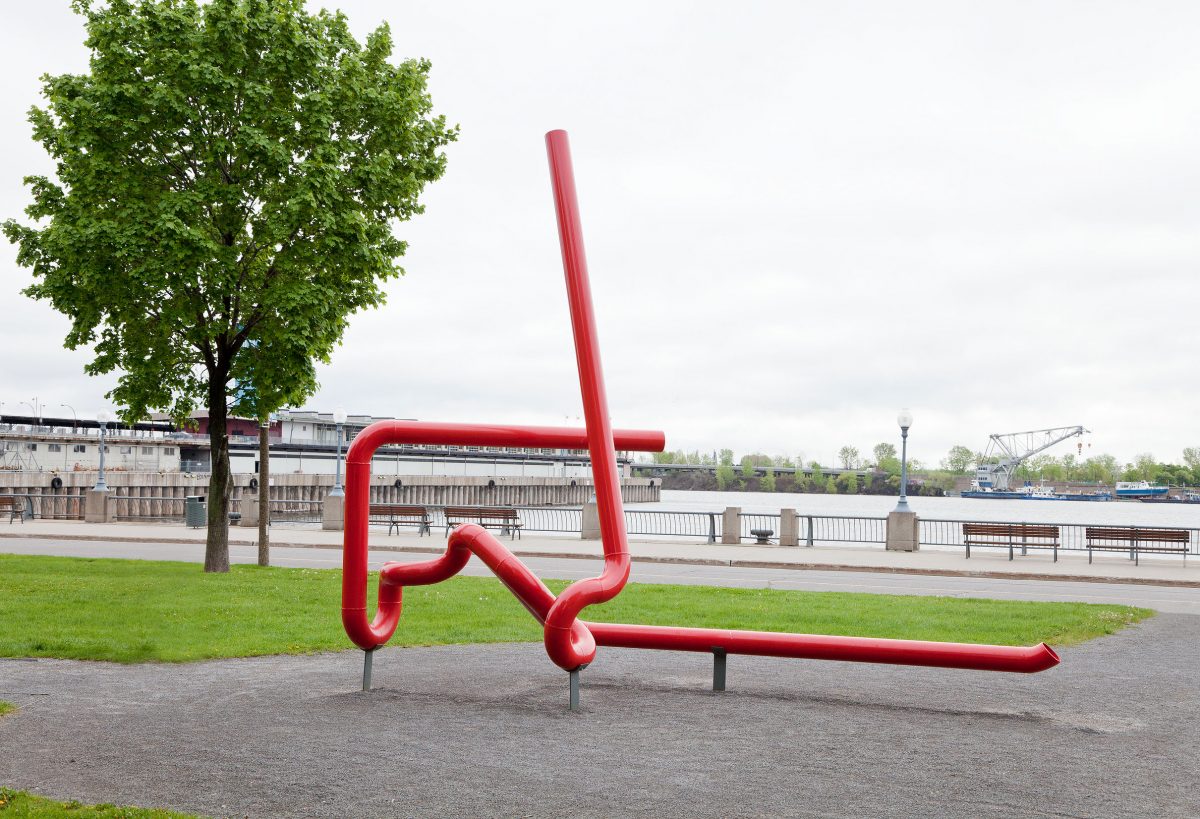 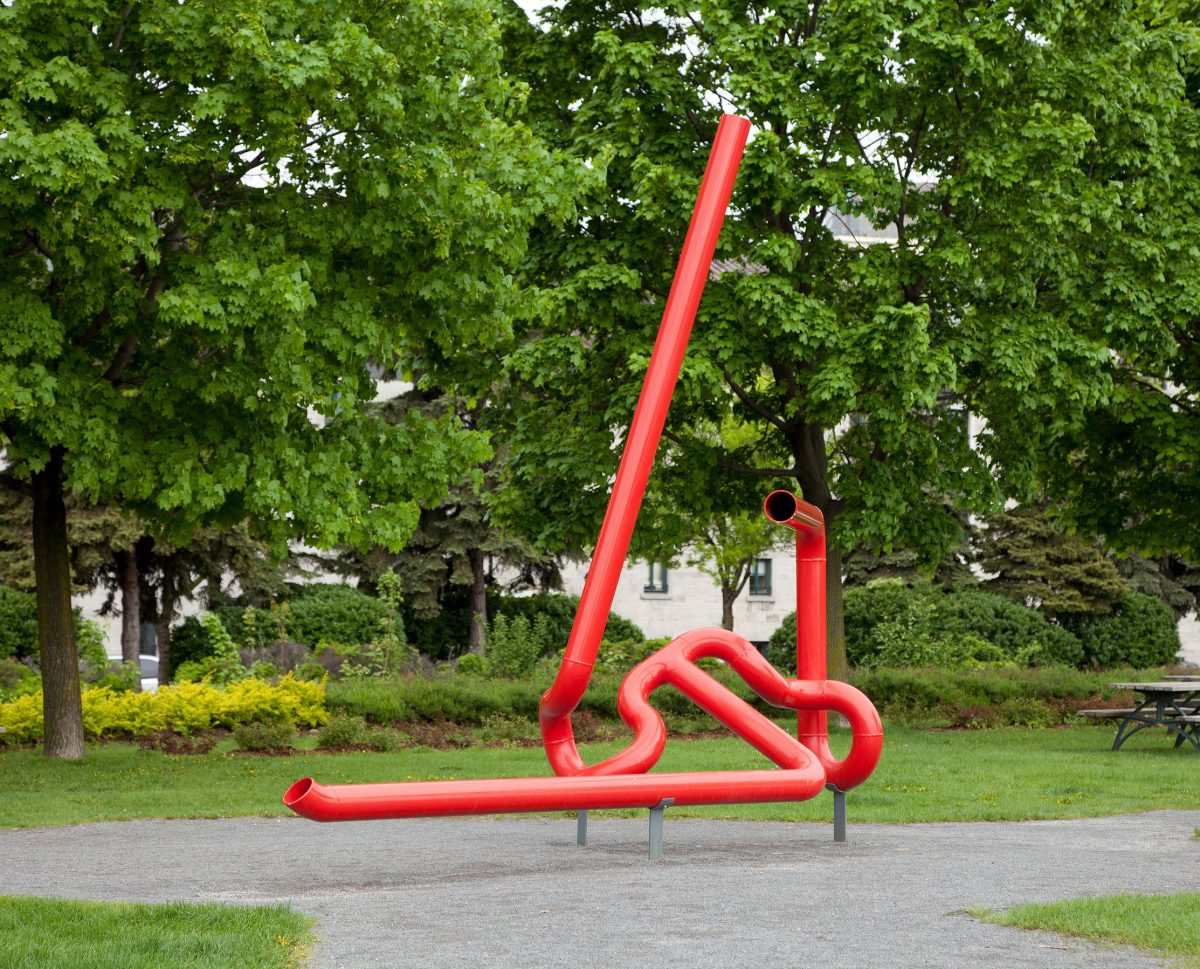 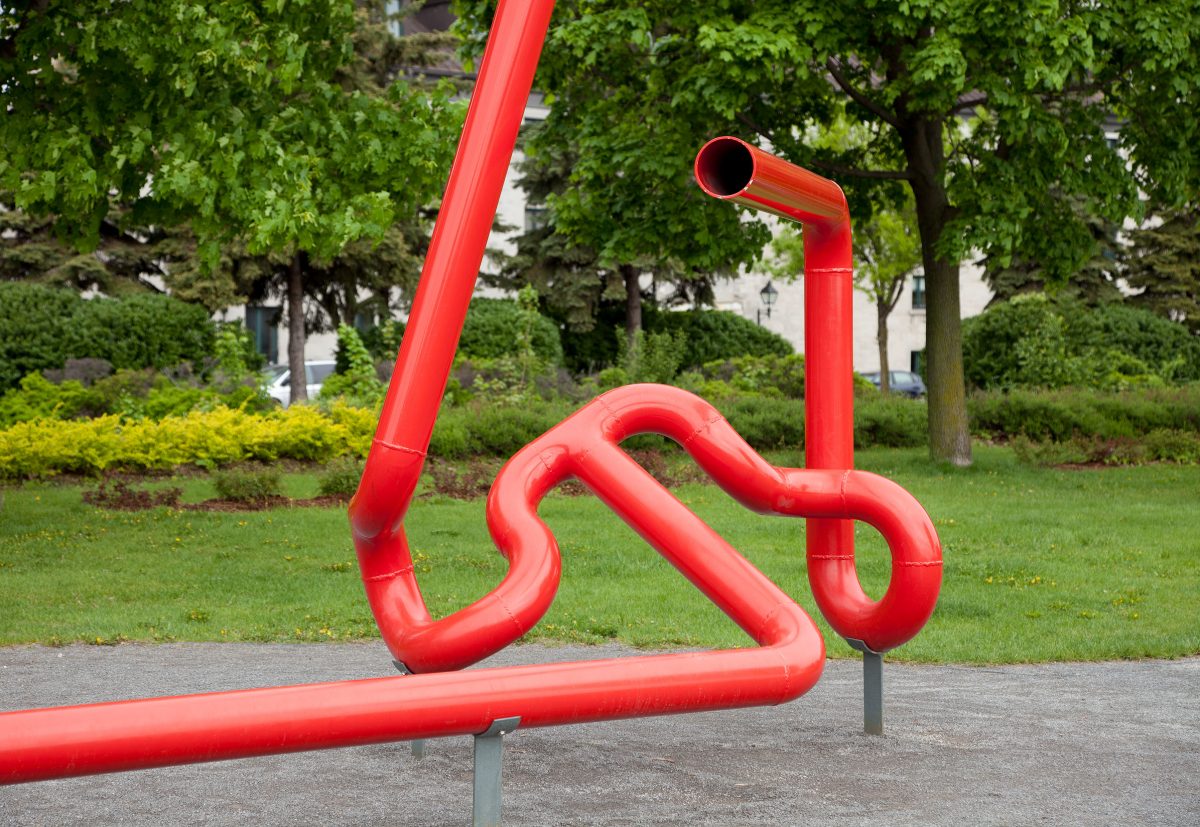 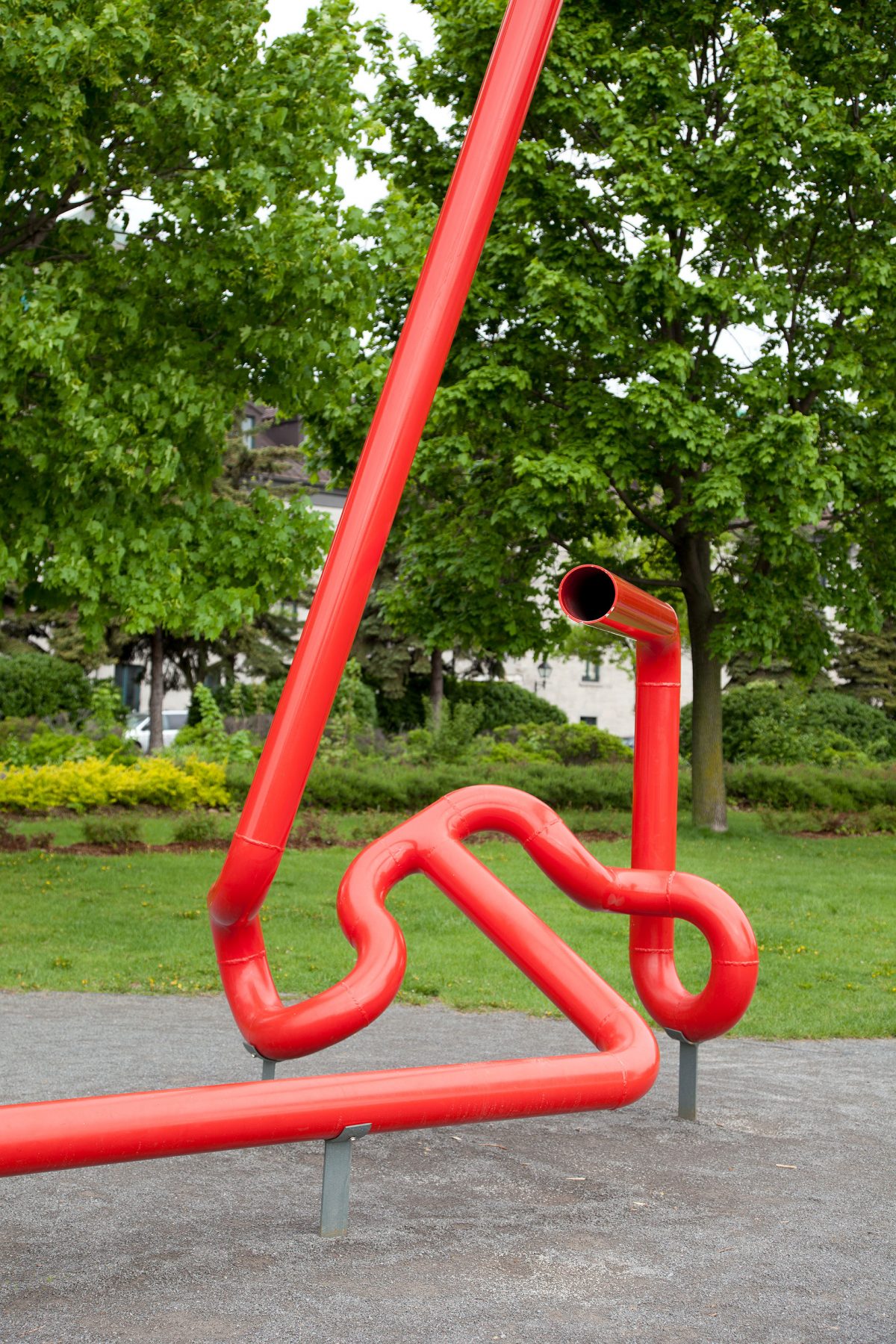 Marcel Barbeau created Nadia ou Le Saut du tremplin in 1976, year of the Summer Olympic Games in Montréal, hence the reference to gymnast Nadia Comaneci. Prior to the young athlete’s gold-medal victory, the work was initially titled Le Saut du tremplin, after a poem by Théodore de Banville. Originally installed in front of the International Civil Aviation Organization headquarters in downtown Montréal, this dynamic, bright red sculpture has since been relocated in Old Montréal, in a small park at the corner of Saint-Pierre and de la Commune streets. Resting on braces, the work is raised completely above ground, in a manner that accentuates the fluidity of its lines and its aerial appearance, inviting passersby to experience it more fully by moving over and around its curving forms. 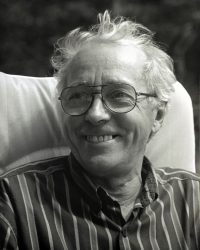