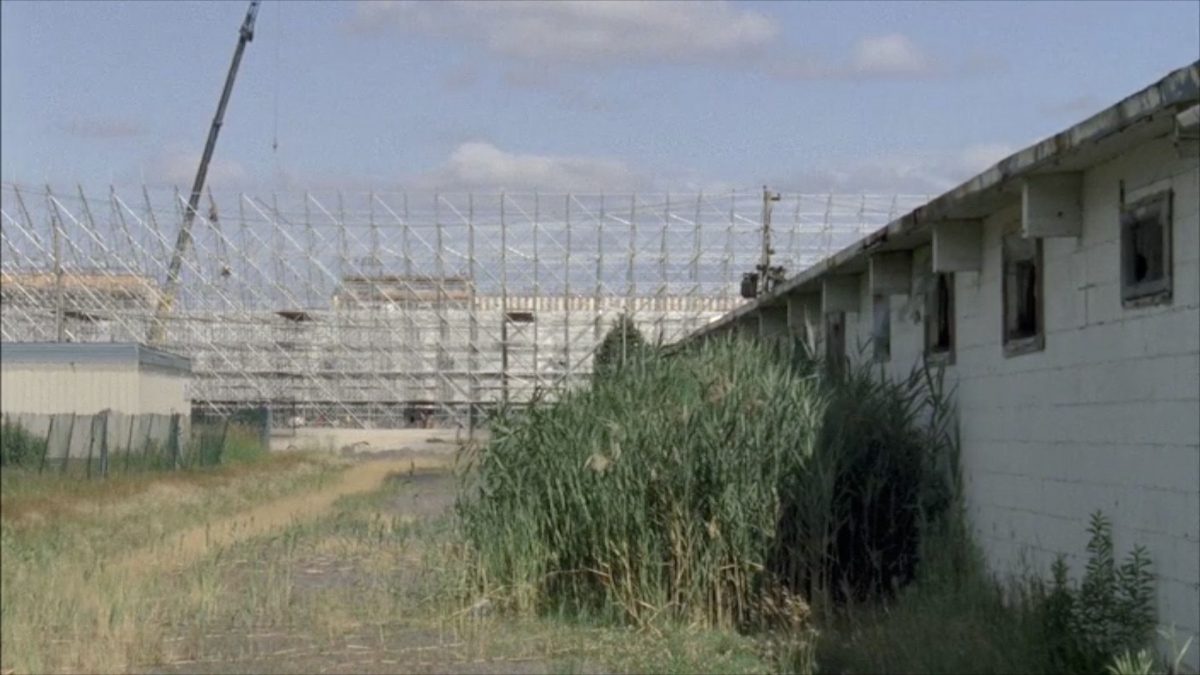 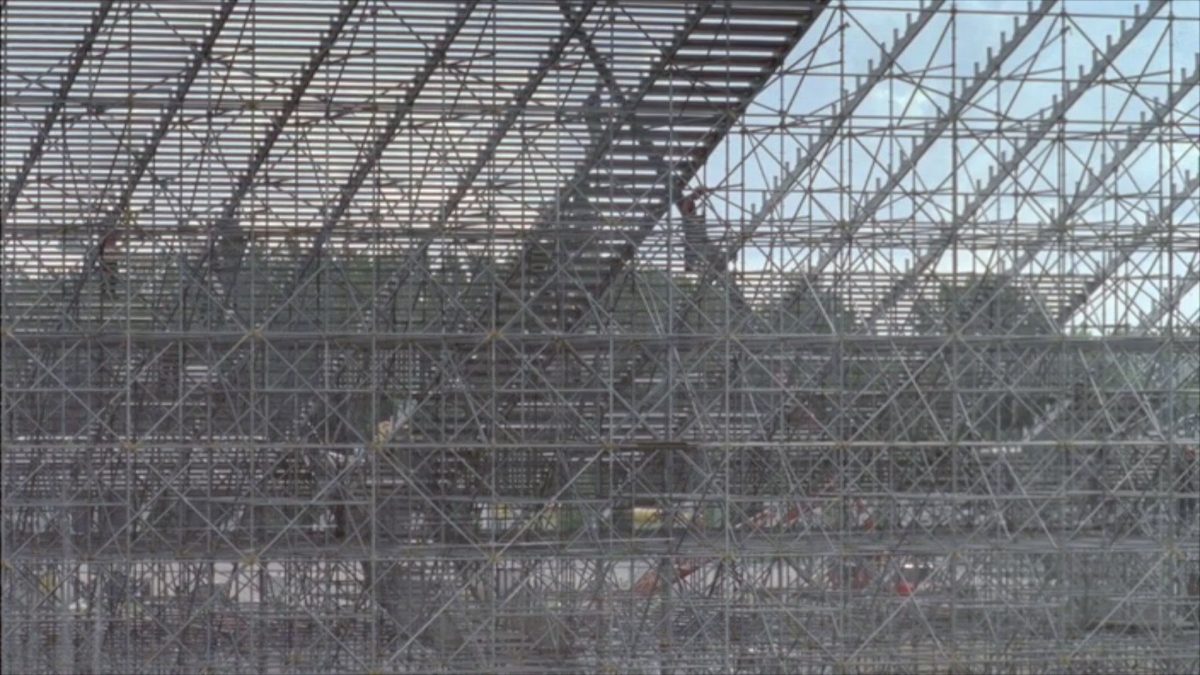 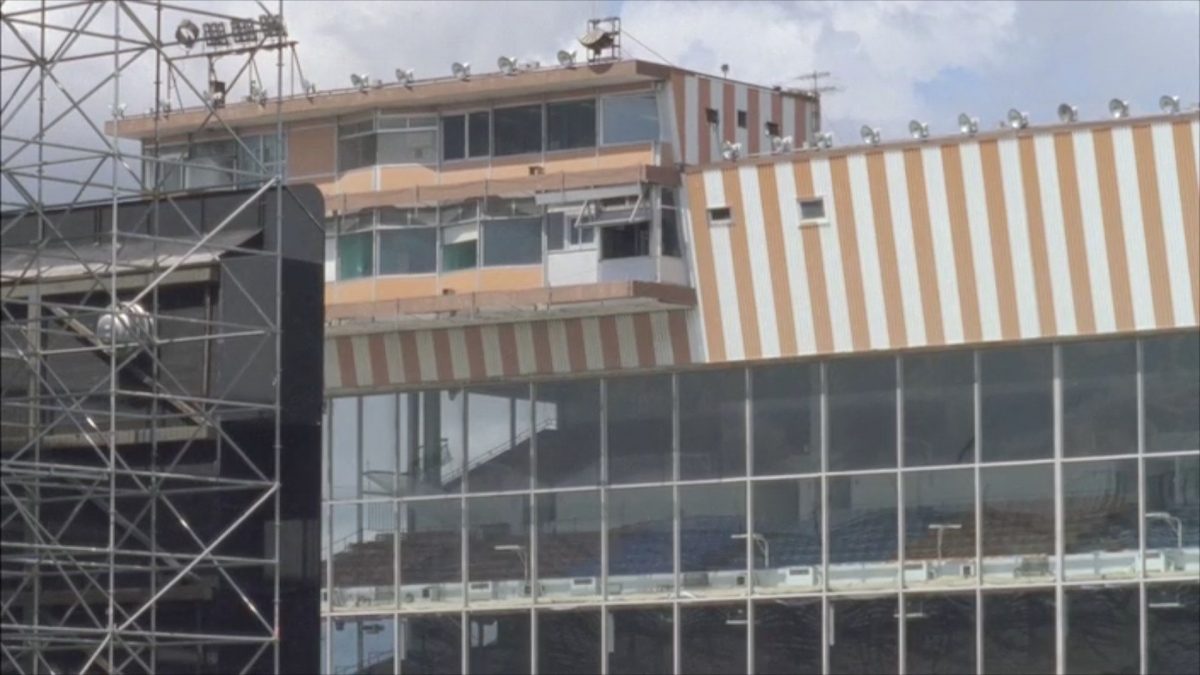 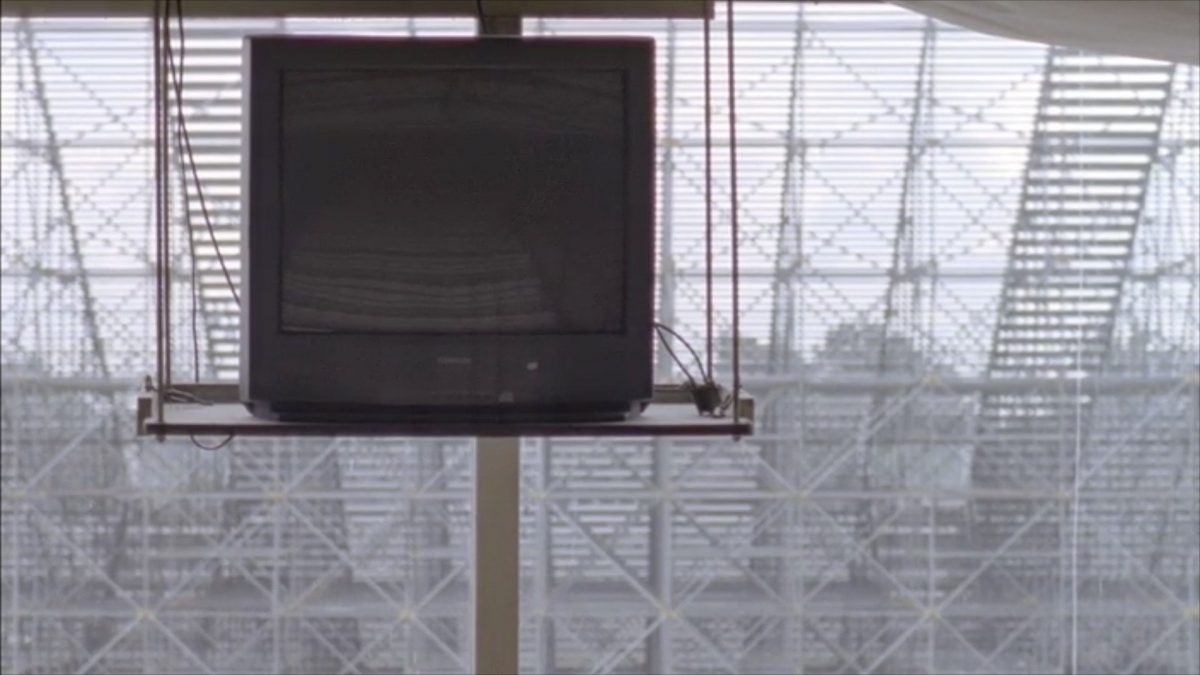 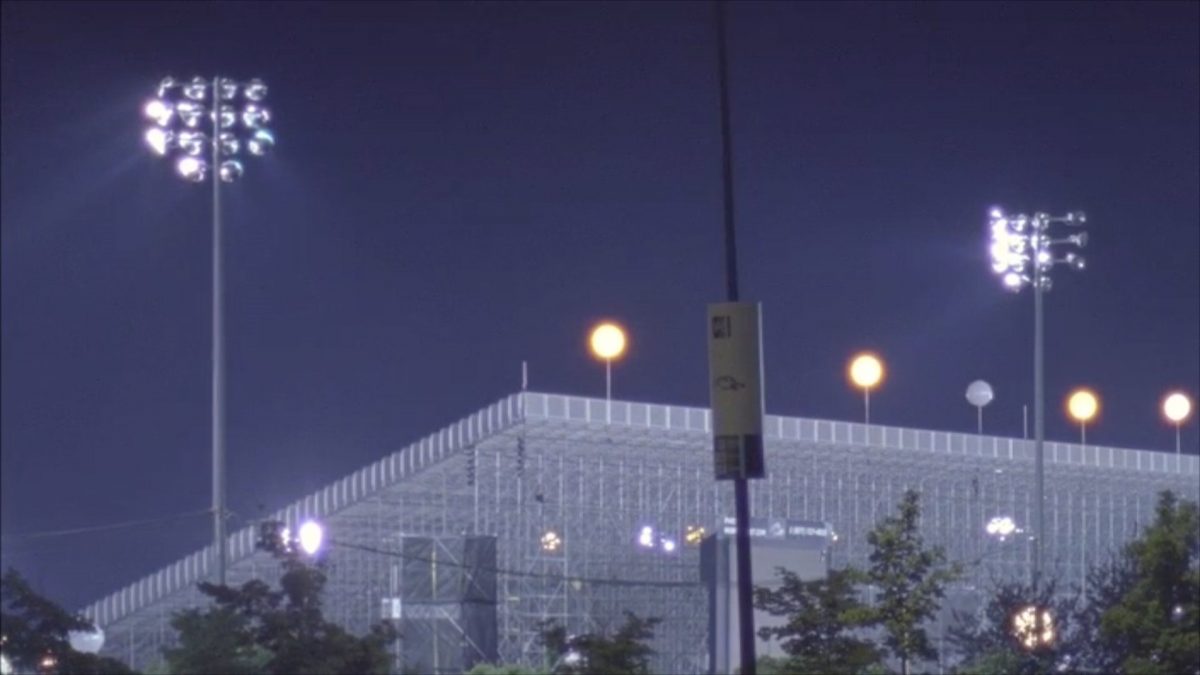 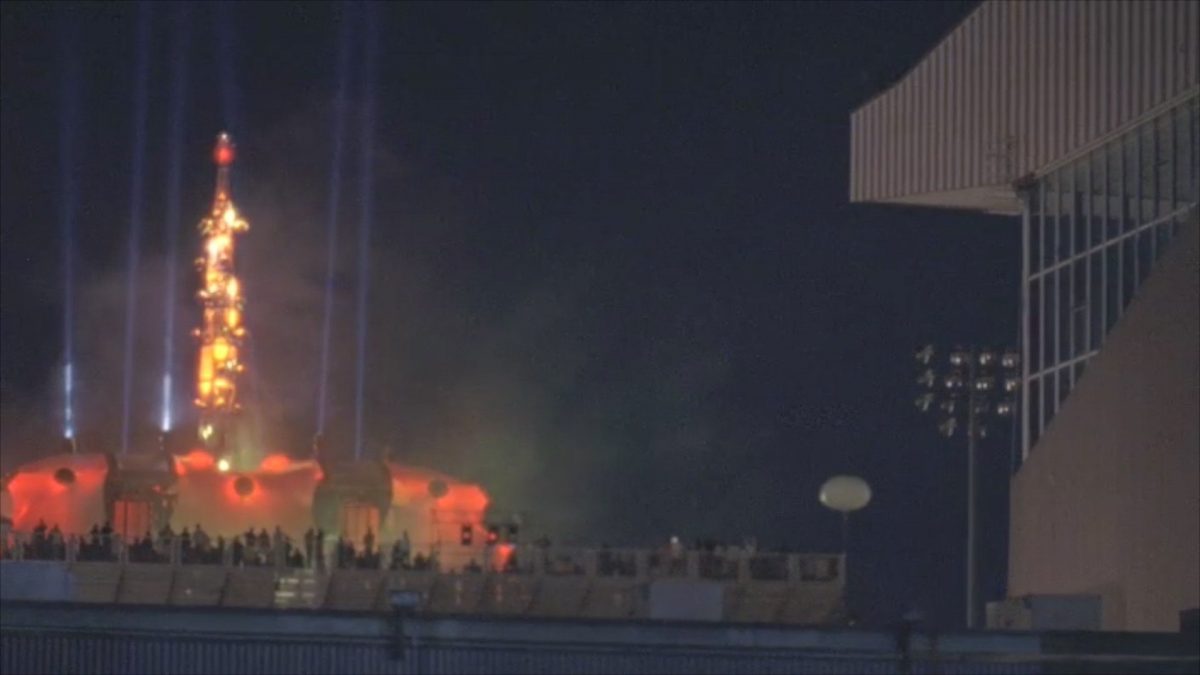 In 2005, Myriam Yates began a series of projects that revolved around the site of Montréal’s now-abandoned Hippodrome, including Occupants, 2005; A Space Between Mirrors, and Amphitheatre, 2010; as well as Racetrack Superstar Ghost, 2011. These works document the slow decline of the popular gathering site, which provided decades of exciting leisure activities throughout the 20th century. Using an observational, quasi-documentary style of video making, Yates approaches her subject in a contemplative, anonymous manner, characterized by long, still shots and rhythmic edits. Racetrack Superstar Ghost depicts a U2 concert in the summer of 2011. Here, the artist captures the encounter between two monumental event structures: the obsolete buildings of the Hippodrome, abandoned since October 2009, and the construction of the a spectacular grandstand for the event. By emphasizing the contrast between image and sound, in particular, Yates attempts to grasp the crossing of two realities caught in diametrically opposed states. Shot in 16mm film, as opposed to video, the temporality of the site is preserved, in contrast with the mega-concert’s emphasis on high-tech documentation. At its beginning, the video depicts relatively spare and monochromatic wide shots of the abandoned grounds before the concert set-up begins, followed by close-ups of the enormous, sombre and enigmatic structure. Interspersed with these are tracking shots of the Hippodrome’s empty floors, where audio-visual equipment, such as cables and speakers, possessively take over the abandoned space.