Gift of the artist and the Donald Young Gallery, Chicago 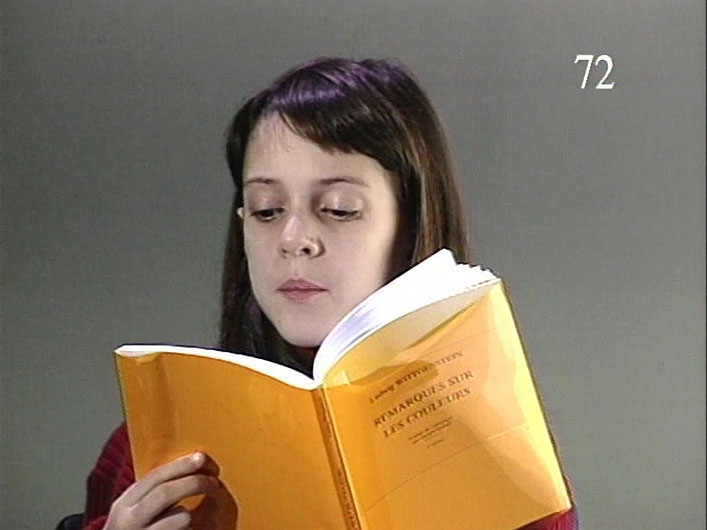 Closely framed within a large-format projection, a young girl reads aloud from Remarks on Color, by the philosopher Ludwig Wittgenstein. The pacing of her voice — at times confident, other times hesitant — translates, on one hand, her effort and concentration, and on the other, an immediate interest in the philosophical project of the understanding of colour. The careful consideration given to this minimalist video — the colour of her clothing, her hair, and the book’s cover — calls precise attention to the colour of what is visible and the ways (or strategies) in which this is verbally expressed. Language, at the very core of this work, disarmingly demonstrates the affinity and disjunction between seeing and saying, between being and appearing. This French language version of Remarks on Color (1994) was produced by the Musée d’art contemporain de Montréal on the occasion of Gary Hill’s survey exhibition in 1998.