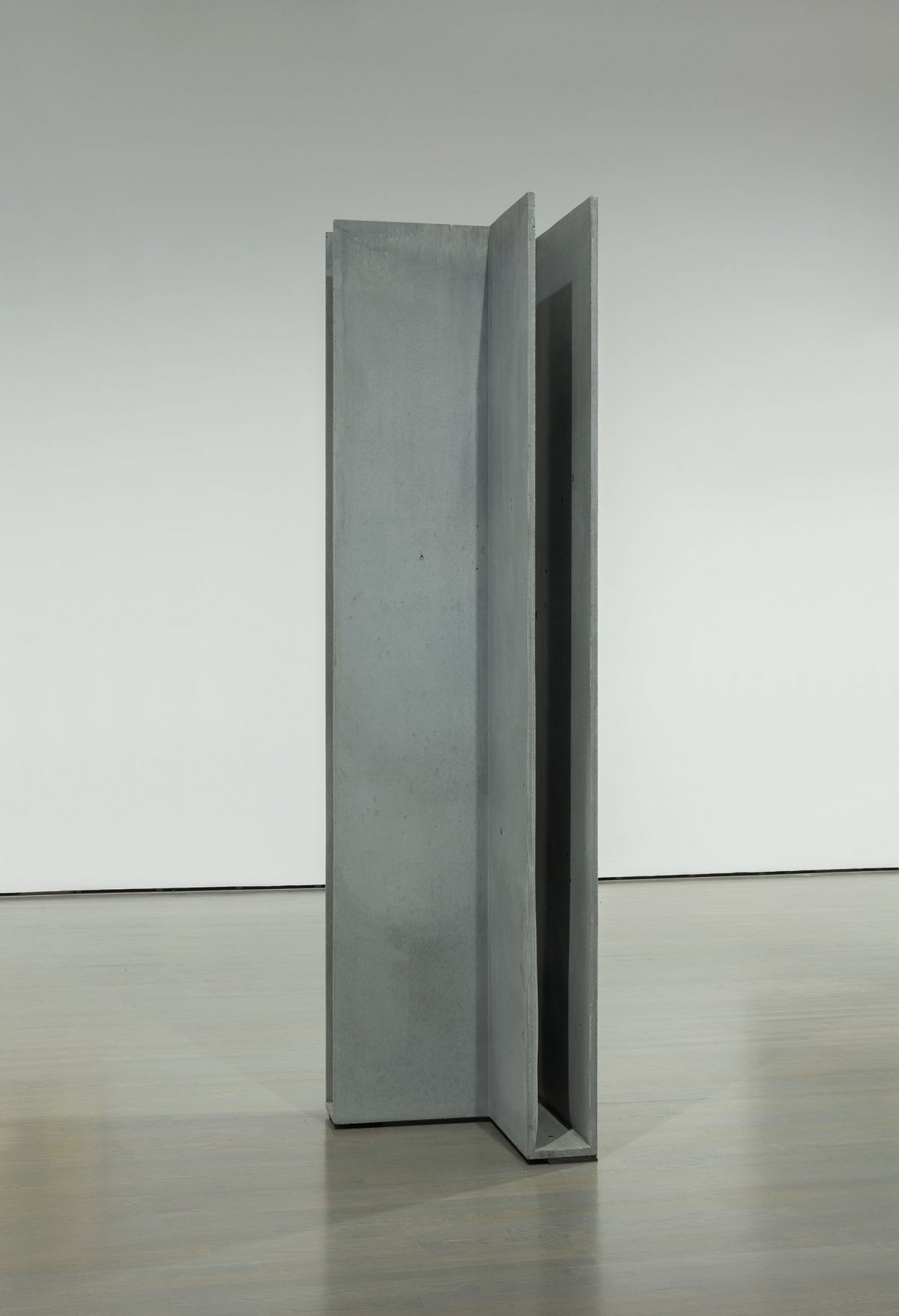 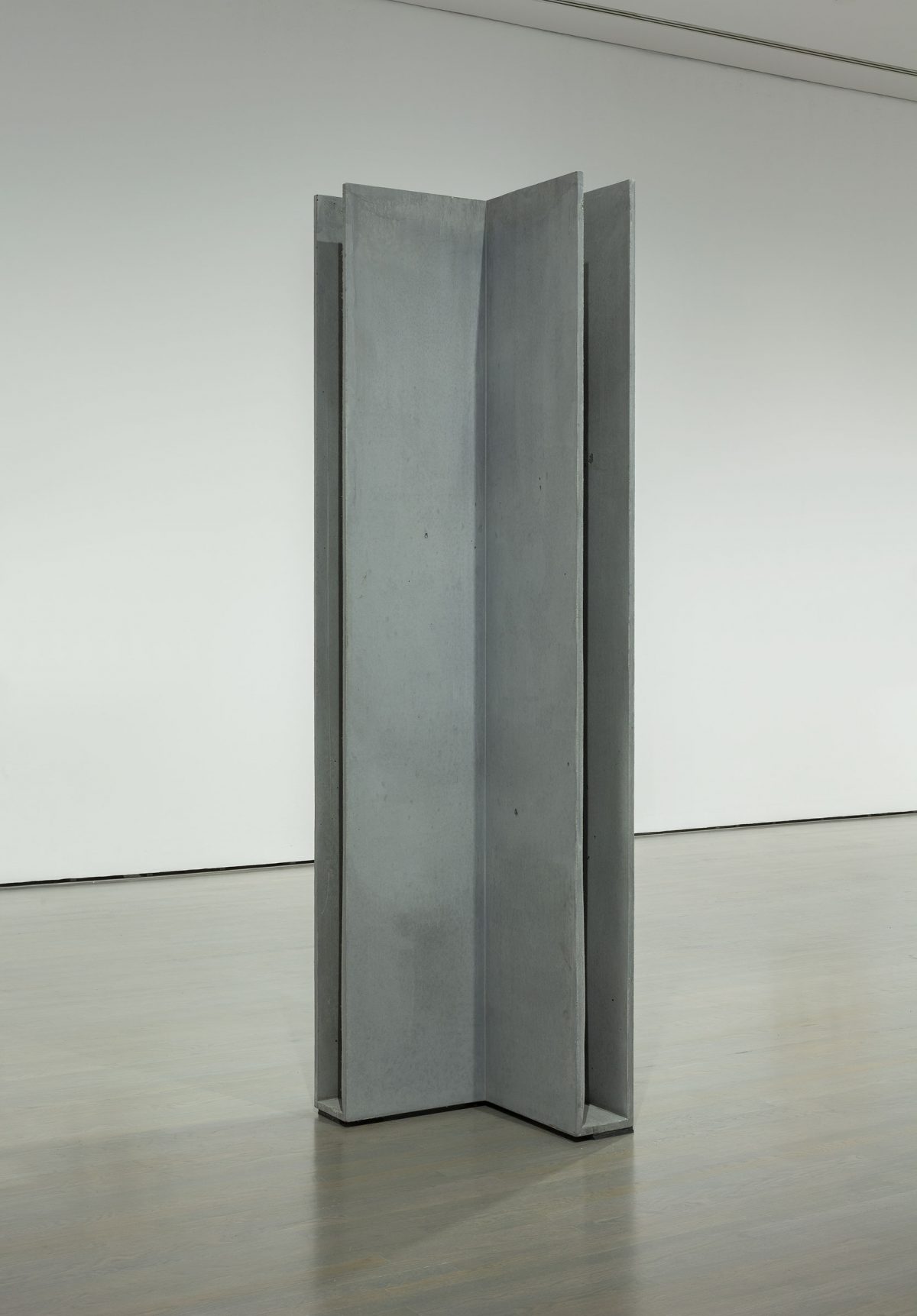 Untitled (Concrete) is part of an installation of six works titled Small Flowers Crack Concrete, and consists of poured concrete forms that rise vertically in the space, akin to a fragment of a column, or a beam extracted from the urban infrastructure. The empty interior of this quasi-architectural-vestige conveys a fragility that belies the robust properties of concrete. Referencing the processes of industrial construction, the piece prompts us to reflect on anonymous creations, while referencing minimalist ideologies and the pared-down aesthetics of modern architecture. Through this piece, which appears to have been uprooted from its original context, Valérie Kolakis invites viewers to reconsider the categorization, usage, construction, and history of objects. At the same time, she looks at how artworks are commodified. Rising like Greek or Roman columns, the work also reveals the biographical aspect of the Athenian-born artist’s creative approach.