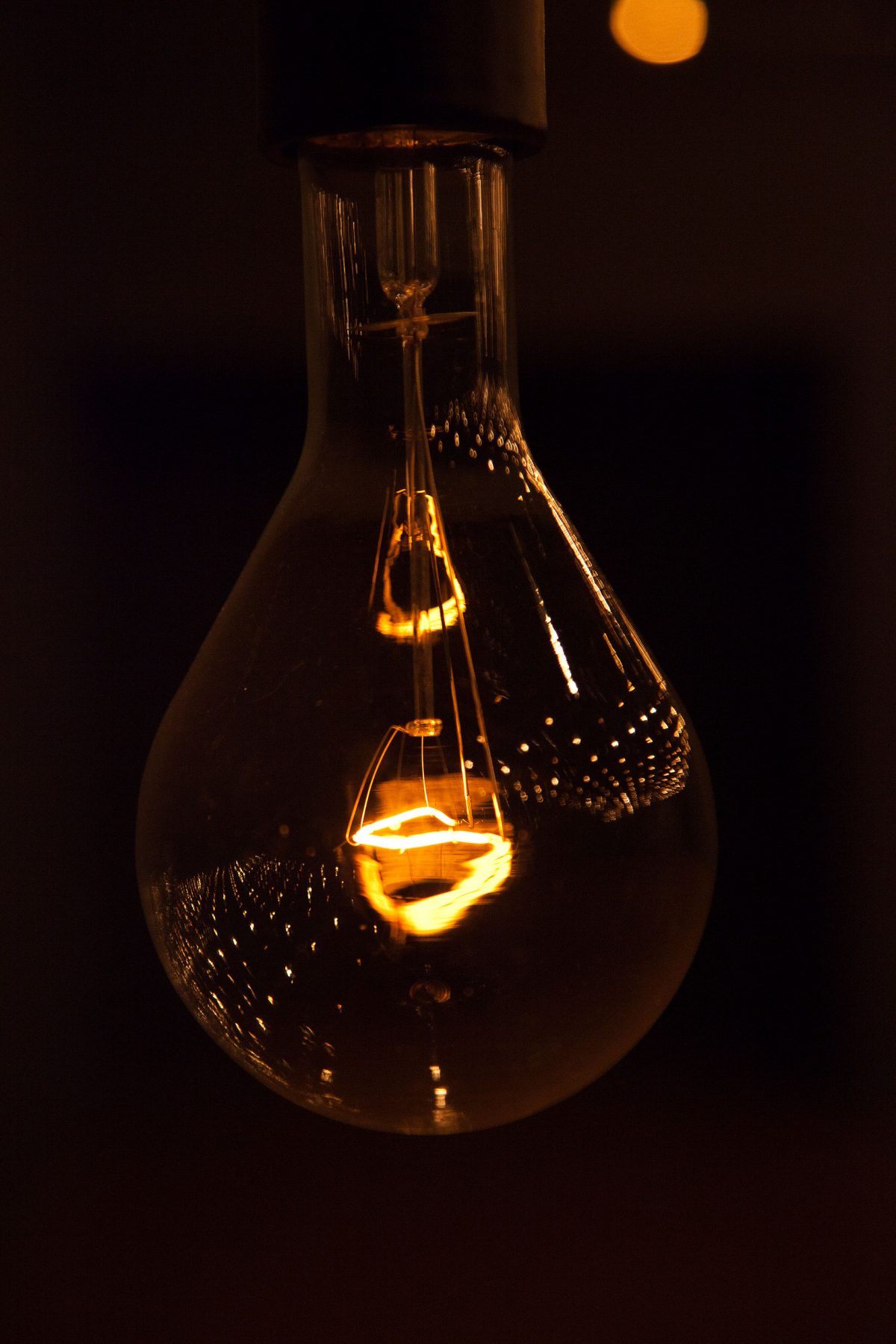 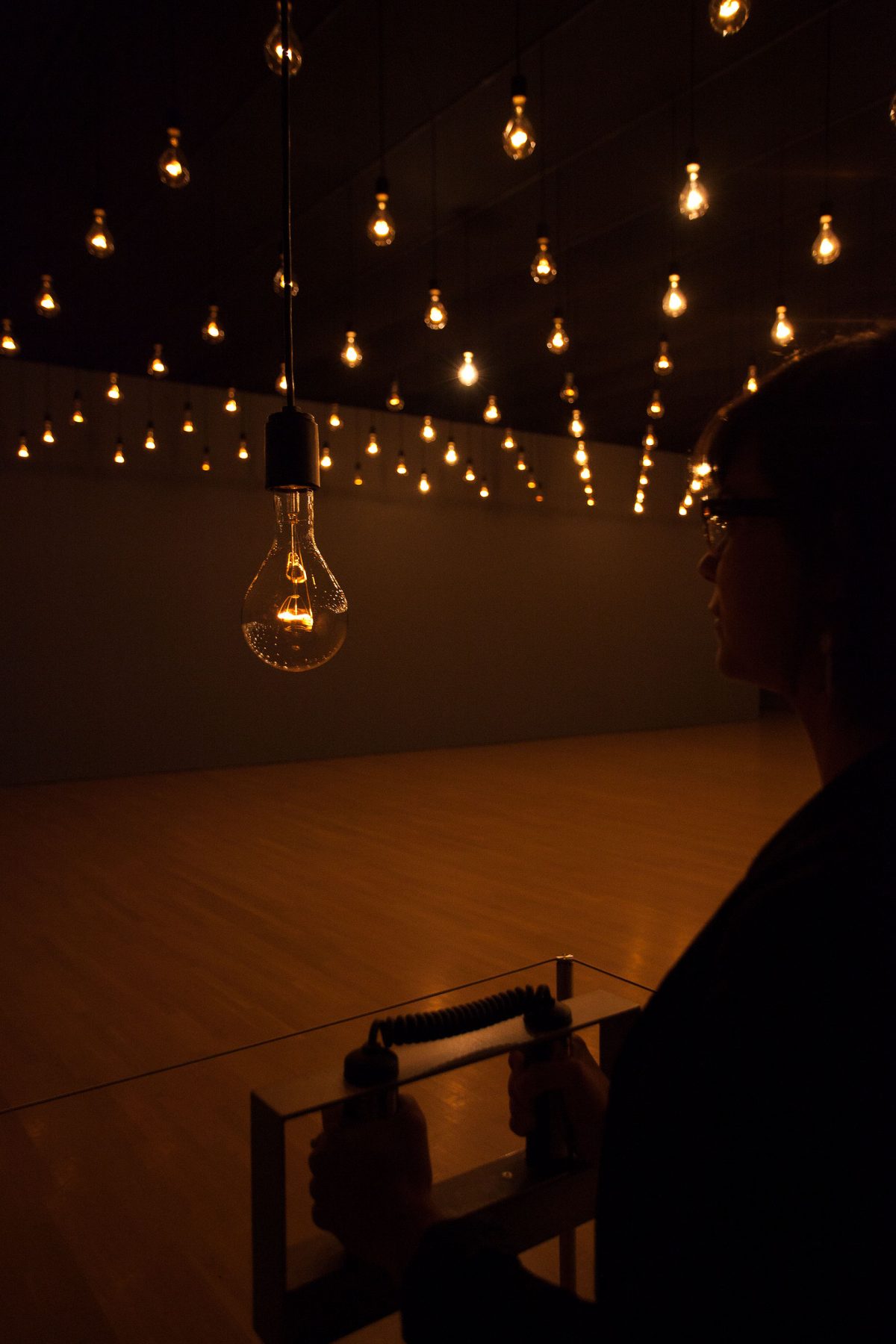 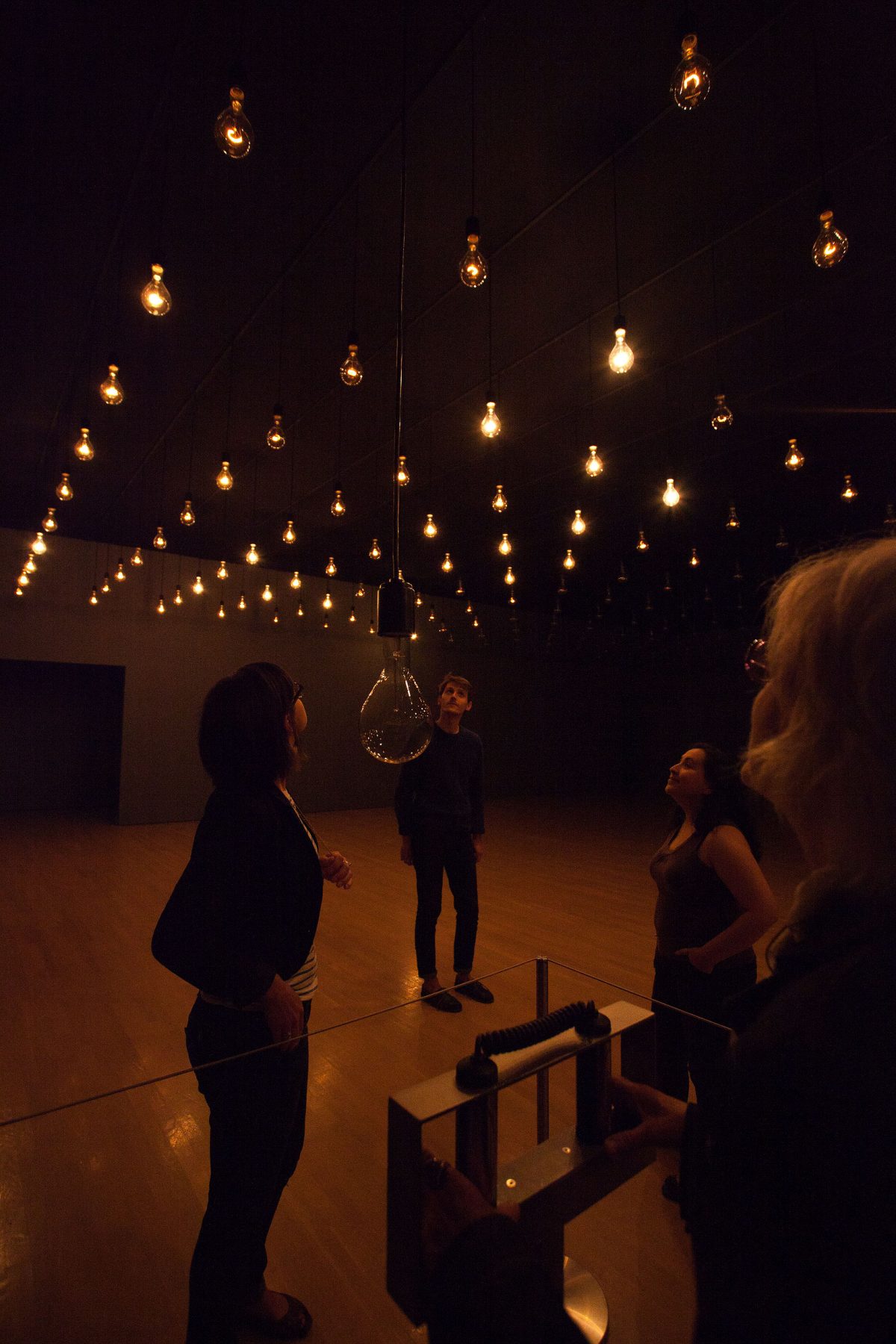 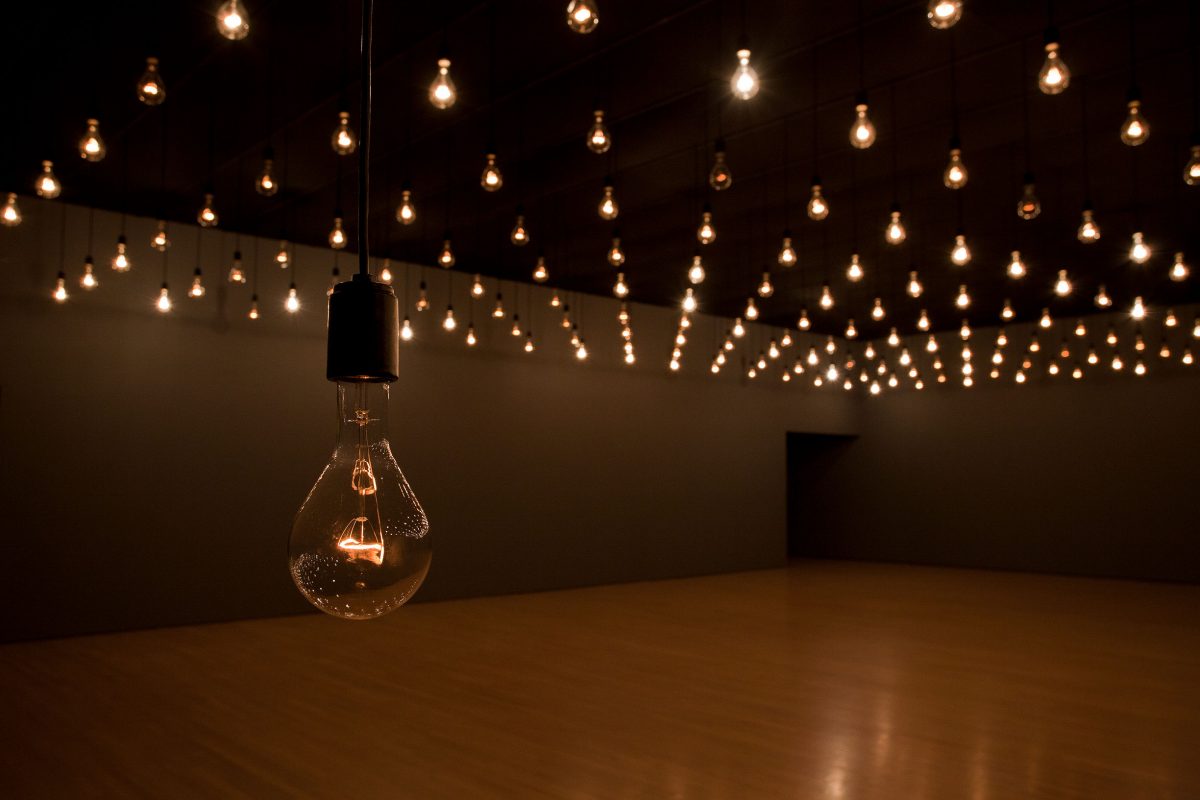 Rafael Lozano-Hemmer’s Pulse Room consists of 300 incandescent light bulbs suspended from a ceiling grid, and an electronic device that captures the cardiac rhythm of a viewer, which is then translated into a light signal. When a viewer places their hands on the captor located near the gallery entrance, their pulse is recorded and transmitted to a single bulb in front of them, which then begins to pulsate in time with the recorded heartbeat. The system retains the previous 300 recorded pulses and distributes them across the entire network of lightbulbs to create an asynchronous illumination throughout the space. A luminous and arrhythmic symphony animates the room in a sensitive evocation of the uniqueness of the individual and the power of humanity. The interactive installation was inspired by a scene from Roberto Galvadon’s 1960 film Macario, where lit candles symbolized the duration of individual lives. The piece was also influenced by minimalist and serial music, as well as cybernetic research on the process of cardiac self-regulation carried out by the Instituto Nacional de Cardiología in Mexico. 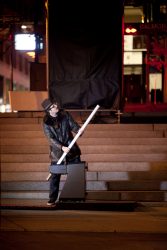