Liz Magor is one of the most important Canadian artists of her generation and certainly its most influential sculptor of the past thirty years. Born in 1948 in Winnipeg, Manitoba, Magor lives and works in Vancouver, British Columbia, where she has also had a distinguished teaching career at Emily Carr University of Art and Design.

This non-chronological survey will focus on sculpture and installation produced over the course of forty years. The show will emphasize the thematic and emotional range of Magor’s practice. From the mental and physical contexts of retail consumerism to the spaces of the museum to the private, interior worlds of addiction and desire, Magor’s oeuvre has consistently combined a high level of conceptual and procedural rigor with the intense investigation of materials, ranging from twigs and textiles to rubber and polymerized gypsum. The exhibition will alternate in terms of scale, shifting between displays that are monumental and sprawling on the one hand, to intimate and personal on the other. Indeed, it will focus on the richly layered nature of Magor’s practice—extraordinary in its tendency to meld multiple references to cultures of display, compulsion, and consumption, making the case that this visual and emotional richness is one of the reasons why Magor is one of the most intriguing conceptual artists of her generation.

June 22nd 2016 - September 5th 2016
Curator(s):
Lesley Johnstone, Curator and Head of the exhibitions and education at the MACDan Adler, associate professor of modern and contemporary art at York University in Toronto

The show will explore the tension in Magor’s work between the classic concerns of minimal art—working in series, employing non-traditional materials and abstract shapes, while exploring notions of repetition, variation, and sameness—but opening up this vocabulary to ideas of difference, social identity, and psychological conditions. Crucially for Magor, these ideas of difference operate on a conceptual level—as they compete with material and abstract aspects—and are never permitted to become packaged identities that can be consumed (or marketed) with ease.

Setting aside the conventional rules of the monographic survey, this exhibition will also demonstrate that Magor’s sculpture provides fuel for a slow-burning speculation about the practice and theory of mimesis and about how everyday objects and forms—everything from bottles of booze to raccoons—operate in our lives. Magor often juxtaposes casts of clothing, addictive substances, animal corpses, and other consumer and household objects in a manner that functions allegorically—that generates meaning by failing to overcome the distance between signifier and signified, a gap that is overshadowed by a feeling of absence. Literal imagery of people is often noticeably absent in her works.

The exhibition will juxtapose recent pieces—assemblages incorporating either plaster-based cast material or textiles as main components—with works from earlier in Magor’s career that are formally and thematically linked. Combinations of cast and found objects—such as Burrow (1999), Chee-to (2000), Volvic (2002), Carton II (2006), Tweed (Kidney) (2008), Stack of Trays (2008), Racoon (2008), Paper Bags 3/4 (Pom pom) (2014) —attest to Magor’s longstanding interests in notions of the uncanny, desire, and repulsion. It will include early large-scale installations such as Production (1980) and Regal Decor (1985), as well as Messenger (1996-2002), a reconstruction of an antique log cabin—filled with an array of materials, including archaic weaponry—resembling a survivalist’s refuge; lying within is a plaster figure representing a sleeping dog. The remarkable wall-based installation Being This (2012) consists of 78 boxes displaying found garments that have been meticulously snipped, stitched, and embellished, while Violator (2015) feature aged, found woolen blankets which have been subtly altered by the artist.

Liz Magor was born in 1948 in Winnipeg, Manitoba. She lives and works in Vancouver, British Columbia.

Liz Magor is the recipient of the Gershon Iskowitz Prize (2014), the Audain Prize for Lifetime Achievement (2009) and the Governor General’s Award (2001). In 1984, she represented Canada at the Venice Biennale, and participated in the Sydney Biennale in 1982 and Documenta 8 in 1987.

Liz Magor is represented by the Susan Hobbs Gallery in Toronto, Catriona Jeffries in Vancouver and Marcelle Alix in Paris.

Dan Adler is an associate professor of modern and contemporary art at York University in Toronto. He is the author of Hanne Darboven: Cultural History 1880-1983 (Afterall Books/MIT Press 2009) and co-editor (with Mitchell Frank) of German Art History and Scientific Thought: Beyond Formalism (Ashgate Press, 2012). A former senior editor of the Bibliography of the History of Art at the Getty Research Institute in Los Angeles, he regularly contributes reviews to Frieze and C Magazine. He is currently working on a book manuscript on the aesthetics of recent assemblage sculpture.

In addition to his formal university studies, Dr. Adler is an alumnus of the Whitney Museum’s Independent Study Program. His curatorial credits include the exhibitions Francis Bacon and Henry Moore: Terror and Beauty (2014) held at the Art Gallery of Ontario and When Hangover Becomes Form: Rachel Harrison and Scott Lyall(2006), held at the Contemporary Art Gallery in Vancouver and Los Angeles Contemporary Exhibitions (LACE). He was co-organizer of the DAAD-sponsored conference Tainted Goods: Contemporary Sculpture and the Critique of Display Cultures in Germany and Europe, held at York University and University of Toronto in May 2012.

Lesley Johnstone is curator and Head of the exhibitions and education at the Musée d’art contemporain de Montréal. She was co-curator of L’avenir (looking forward), the 2014 Montreal Biennale, and the 2011 Québec Triennial, as well as the curator of solo exhibitions by Patrick Bernatchez (2014), Eve Sussman (2013), Tino Sehgal (2013), Valérie Blass (2012), Luanne Martineau (2010), Francine Savard (2009) and Lynne Marsh (2008). Her group exhibition Yesterday’s Tomorrows (2010) brought together Québec, Canadian and international artists who revisit Modernist architecture and design.

Johnstone has worked as an independent curator, written many catalogue texts and edited of a number of critical anthologies and monographs on contemporary Canadian art, including Hybrids: Reshaping the Contemporary Garden in Métis, Sight Lines: Reading Contemporary Canadian Art, and Studiolo: The Collaborative Work of Martha Fleming and Lyne Lapointe. She was Artistic Director of the International Garden Festival at the Jardins de Métis from 2003 to 2007 and Head of Publications at the Canadian Centre for Architecture from 1998 to 2003, and was long associated with the Artexte information centre.

This exhibition is coproduced by the Musée d’art contemporain de Montréal, the Migros Museum für Gegenwartskunst, Zürich, and the Kunstverein in Hamburg. 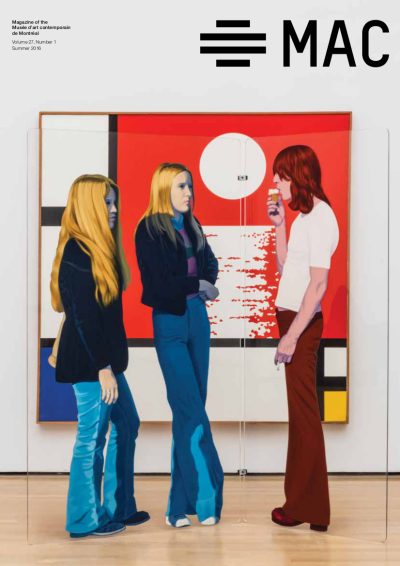 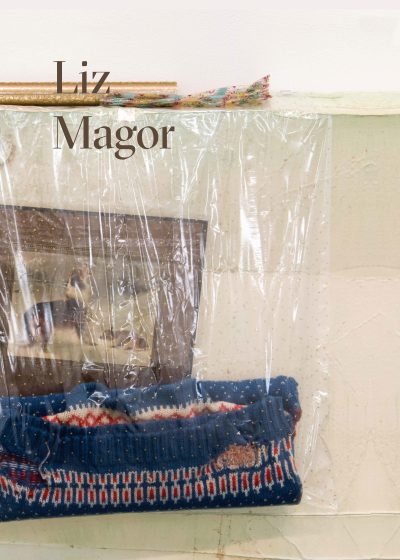 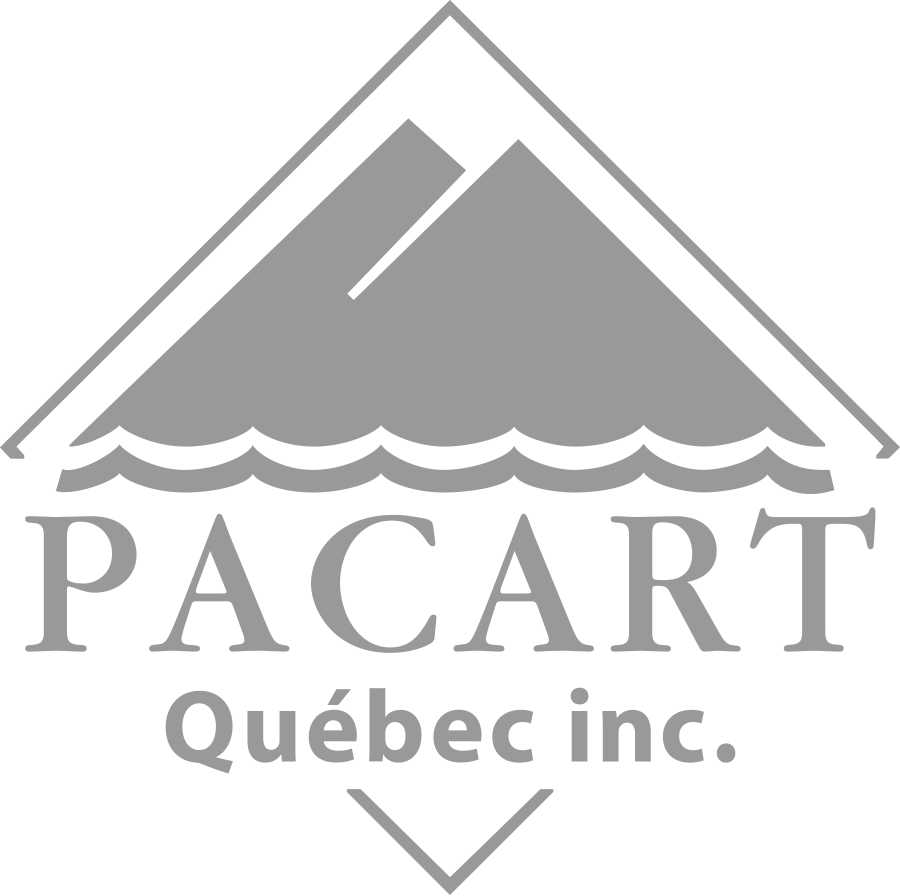