Working across the disciplinary boundaries of art, activism, architecture and investigative journalism, the London-based research collective Forensic Architecture produces audiovisual analysis and documentation of worldwide human rights violations, environmental crimes and state, police and corporate violence. Over the past decade, Forensic Architecture has undertaken over seventy forensic investigations to counter official narratives of contentious incidents, with and on behalf of the communities affected and human rights groups, and often for use in citizen tribunals and law courts.

To mark the opening of the exhibition Terror Contagion last December, John Zeppetelli, the MAC’s Director and Chief Curator, seized the opportunity of having both Eyal Weizman, Director of the London-based research collective Forensic Architecture and internationally acclaimed documentary filmmaker Laura Poitras in town, to hold a conversation around the exhibit and their work .

Forensic Architecture courageously probes violence, injustice and corruption. The research group’s projects zoom both in and out from, for example, an explosion, a murder, an act of unlawful detention and torture, a chemical attack or a migrant shipwreck, focusing on the minutiae while also framing the events in a wider context. Its investigative aesthetic is akin to putting time under a magnifying glass, while space is reconstructed through multiple lenses and perspectives. An array of methods and technologies are deployed: opensource intelligence gathering, architectural software, volumetric studies, 3D renderings, recreations of crime scenes, spatial and temporal cartographies, satellite imagery, sound-mapping and machine learning data analysis, as well as witness testimonials. All these contribute to a growing catalogue of investigations, resulting in a form of citizens’ counter forensics. In an age of surveillance and right-wing “post-truth,” Forensic Architecture forges a new politics and poetics of evidence gathering and truth production, resulting in a significant contribution to legal and aesthetic discourse, while helping us to re-imagine what an engaged political art could look like. 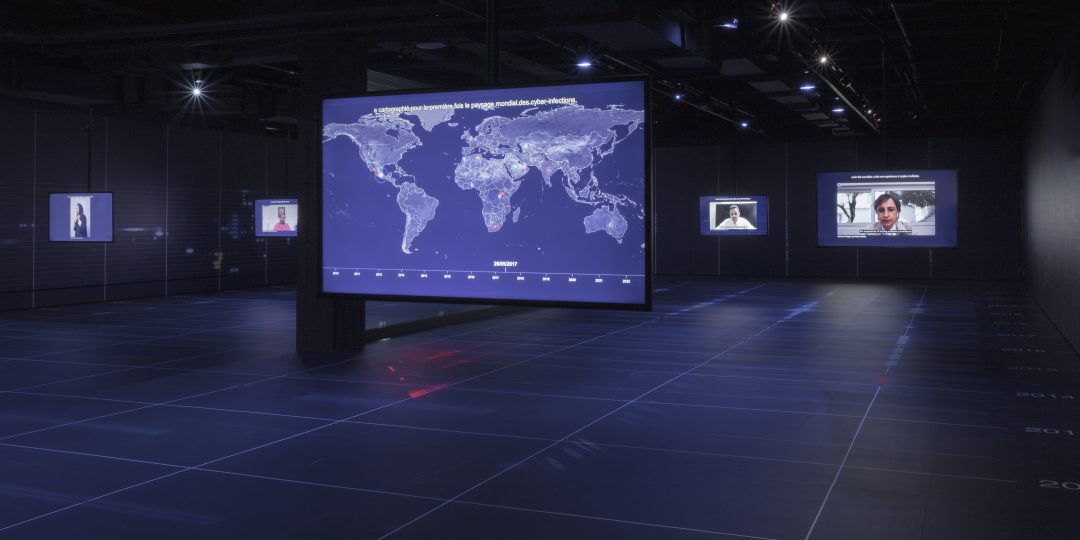 Last March 12 and 13, the Musée d’art contemporain presented the 14th Max and Iris Stern International Symposium, Terror Contagion, which explore themes addressed in the exhibition of the same name presently on view at the MAC.

‟With its first detection dated in 2015, the malware Pegasus made by the israeli cyber-surveillance compagny NSO group has been used by governments worldwide to infect the phones of activists, journalists and human rights defenders.” 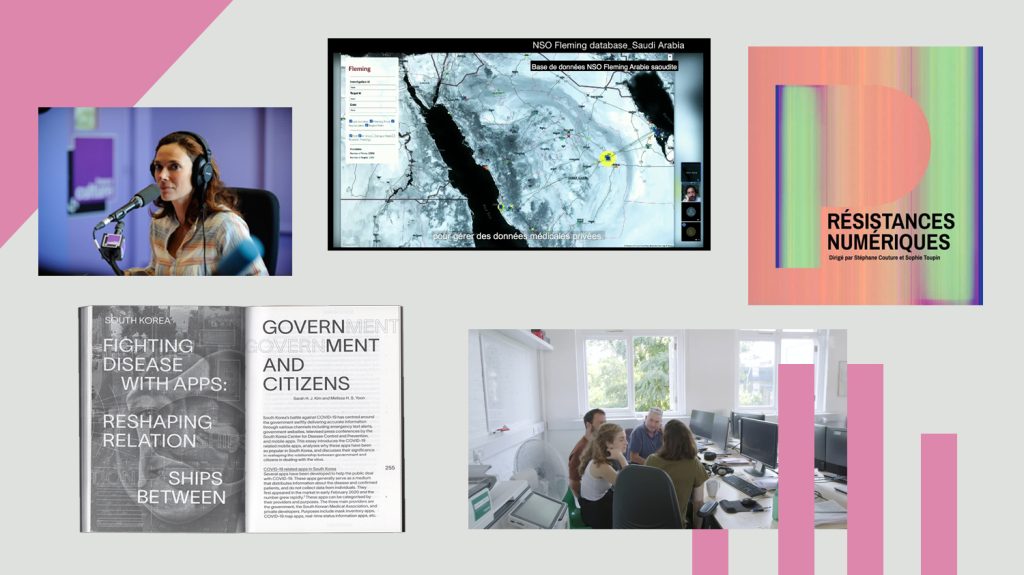 With Terror Contagion, the group maps the physical and psychological toll of Pegasus by talking to journalists, activists and others who have been targeted by the malware.

Visitors are brought into the workings of an ever-expanding digital platform visualizing almost two thousand data points documenting digital infections and physical attacks, as well as other related incidents.

Laura Poitras’ TERROR CONTAGION has made the Best Documentary Short Subject shortlist for the 2022 Academy Awards. 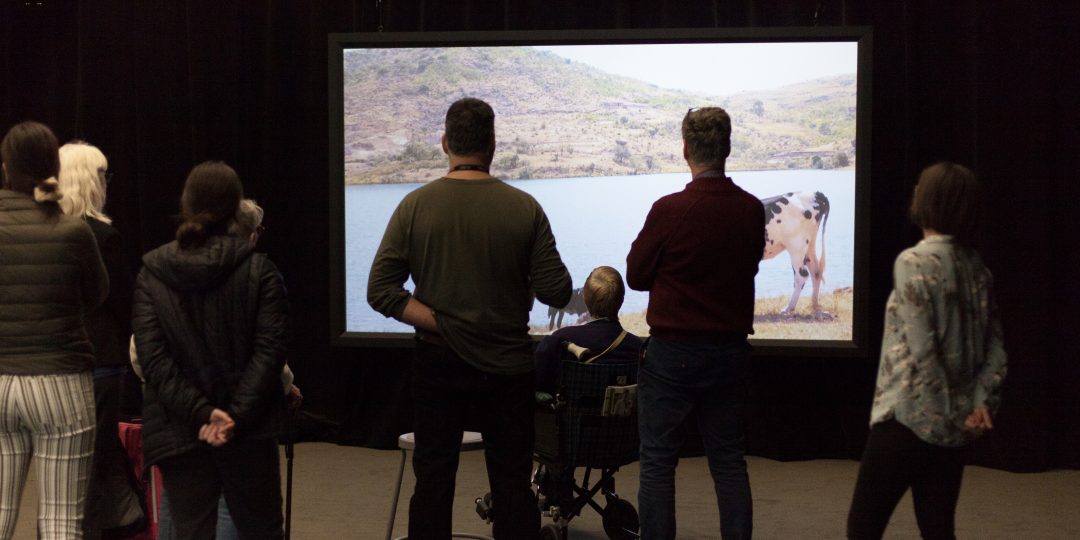 Bilingual tours are also offered during these periods.

Would you like to know more about the Forensic Architecture collective and their work?

The MAC invites you to view, free of charge, the talk given by Eyal Weizman, founding Director of the research group Forensic Architecture, in the auditorium of the Grande Bibliothèque (BAnQ), as he discusses topics of police violence and artificial intelligence.