“Silence is significant only where there is also the possibility of sound.”
Béla Balázs

This exhibition is laid out like a conversation that commands your auditory attention, even though most of the works gathered in this new portrait of the collection are invisible to the ear, but audible to the eye. It showcases pieces by Yves Gaucher, Pascal Grandmaison, Barbara Steinman and Takis that attach obvious importance to the optic and haptic implications of the verb “listen.”

At the gallery entrance, we are greeted by a photographic diptych by Barbara Steinman: two open palms signal the role of the body as a vector of thought that transcends the inner world and the surrounding space. By assigning the image of the hand a central role in the listening process, the work reintroduces an element of the sacred into the symbolism of this representation. This same gallery is punctuated by Pascal Grandmaison’s photographic series Manner, which consists of drum skins that bear the marks of time and their repeated beating. Silent vestiges revealing the effort it takes for a musical performance, these images offer an abstract portrait of a percussionist.

The aesthetic explorations of Yves Gaucher transport us to spaces of silence that are not spaces of contemplation, but form a part of his unique grammar made up of visual rhythms: lines, colours, spaces and silences. The artist made the print Sono after his life-changing experience of the music of Austrian composer and conductor Anton Webern. Imbued with the affect that remained fixed in Gaucher’s auditory memory, the piece illustrates his interest in Webern’s music, which had shown him a new way of working. In his search to give concrete expression to the presence of invisible energy through audible objects, Takis has developed a kinetic and electroacoustic body of work that probes the possibilities of magnetism and electromagnetism. His use of magnets and electromagnets makes apparent the natural energy found in materials.

Viewing rhythm as an essential property of form, and viewing both sound and silence as belonging to space, this exhibition constitutes a gesture that sets out to investigate these territories. 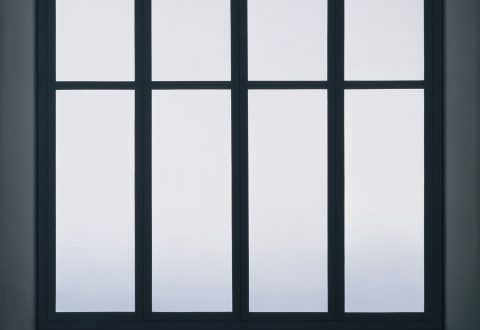