Montréal, October 16, 2013 — Beat Nation:  Art, Hip Hop and Aboriginal Culture describes a generation of artists who juxtapose urban culture with Aboriginal identity to create innovative and unexpected new works that reflect the realities of Aboriginal peoples today. Organized and circulated by the Vancouver Art Gallery and based on an initiative of grunt gallery, Vancouver, Beat Nation features painting, sculpture, installation, performance and video. During its Montréal run, the Musée d’art contemporain will hold a round table discussion on Thursday, December 5 as well as a special Nocturne on Friday, November 1, featuring madeskimo and Jackson 2bears. Beat Nation is co-curated by Kathleen Ritter, Associate Curator (former), Vancouver Art Gallery, and Tania Willard, a Secwepemc artist, designer and curator. The Montréal presentation was coordinated by Mark Lanctôt, Curator, Musée d’art contemporain de Montréal.

Since the early 1990s, hip hop has been a driving force of activism for urban Aboriginal youth in communities across the continent. The roots of this music have been influential across disciplines and have been transformed to create dynamic forums for storytelling and indigenous languages, as well as new modes of political expression. In the visual arts, artists remix, mash up and weave together the old with the new, the rural with the urban, traditional and contemporary as a means to rediscover and reinterpret Aboriginal culture within the shifting terrain of the mainstream.

While this exhibition takes its starting point from hip hop, it branches out to include pop culture, graffiti, fashion and other elements of urban life. Artists create unique cultural hybrids that include graffiti murals with Haida figures, sculptures carved out of skateboard decks and live video remixes with Hollywood films, to name a few. Beat Nation brings together artists from across the continent—from the West Coast as far north as Alaska, as far east as Labrador and south to New Mexico—and reveals the shared connections between those working in vastly different places.

As Aboriginal identity and culture continue to change, and as artists reinvent older traditions into new forms of expression, their commitment to politics, to storytelling, to Aboriginal languages, to the land and rights remains constant, whether stated with drum skins or turntables, natural pigments or spray paint, ceremonial dancing or break dancing.

The exhibition is accompanied by a 96-page publication presenting the work of the 28 participating artists and texts by co-curators Kathleen Ritter and Tania Willard.

Gallery talk with co-curators Kathleen Ritter and Tania Willard, on Thursday, October 17 at 4 p.m., in English; in the exhibition galleries. They will be accompanied by artists from the exhibition.

Round table discussion curated by Candice Hopkins; Thursday, December 5 at 4 p.m., in English and French; in Beverley Webster Rolph Hall.

Sunday combo: Red, Black and Graffiti. For all, with family (age four and up) or friends, Sundays from October 27 to December 1, 2013, at 1:30 p.m. and 2:30 p.m. The activity begins with a 30-minute tour of the exhibition and is followed by a stimulating workshop. Cost: included with Musée admission.

On Friday, November 1 from 5 p.m. to 9 p.m., the MAC will hold a special Nocturne in connection with the exhibition Beat Nation. In addition to performances by madeskimo and Jackson 2bears, the MAC will also host a gallery talk at 7 p.m., in English and in French, with Mark Lanctôt, curator, and artists from the exhibition. As always, visitors will have access to all the exhibition galleries. Admission: $12; free for MACarte and Wired cardholders. Bar service ($).

This exhibition was made possible with the generous support of Mark McCain and Caro MacDonald / Eye and I, The Audain Foundation for the Visual Arts, Gary R. Bell, Rick Erickson and Donna Partridge.

The MAC is also grateful to Land InSights for its part in organizing the Beat Nation opening events. 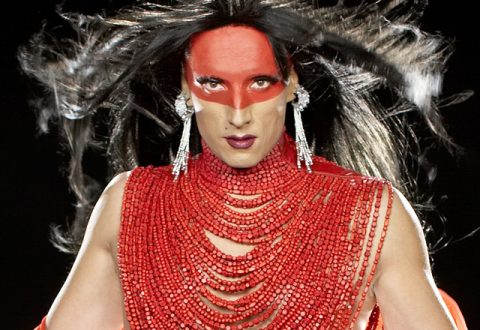