Ryan Gander at the MAC

Montréal, March 2, 2016 — From March 3 to May 22, 2016, the Musée d’art contemporain de Montréal (MAC) is proud to present the work of Ryan Gander, one of Britain’s most prolific and engaging artists, in an exhibition titled Make every show like it’s your last. Drawing on a variety of media–visual arts, film, photography, design, performance–this transdisciplinary artist demonstrates wit and humour in works where the rules of the game are constantly being reinvented and visitors are called upon to play an active part in interpreting what greets their eyes. A retooled version of a travelling exhibition, this first solo presentation of Gander’s work in Montréal reflects his interest in the processes of artistic creation and modes of perception.

The thirty or so pieces on view at the MAC illustrate how Gander uses his transdisciplinary practice to navigate our culture’s contradictions and take a playful fresh look at the basis of conceptual art. John Zeppetelli, Director and Chief Curator of the MAC, observes that the artist raises “illuminating questions of language and the production of meaning.” Viewers hold a prime position in this process, since their presence is a key component in the device employed by the artist. Evoking puzzles or riddles, his works are made up of fragments of an unknown back story revealed through clues which viewers are invited to decipher using their own intelligence and imagination.

Selected examples from a wide-ranging exhibition

The presentation includes three sculptures from the series I is…. Made of marble resin, they are inspired by games invented by Gander’s daughter and in fact represent dens she built with whatever she had at hand: chairs, sheets, cushions, umbrellas, etc. The artist’s use of a noble material confounds the seeming triviality of this childish exercise by setting it in marble, in this piece that very effectively brings together private and public.

C++, 2013, consists of 100 portraits of people the artist has known over the course of his life and painted from memory. What we actually see is tempered-glass disks which he used as palettes to produce the portraits and which are arranged here as they would have been in an old-fashioned art exhibition, while the paintings themselves are kept in the artist’s archives or have been destroyed.

Made up of a pair of blue eyes and black eyebrows embedded in a wall, Magnus Opus, 2013, follows every little movement of visitors in the gallery where it is mounted, displaying a range of expressions such as curiosity, boredom, frustration and concentration.

The video Imagineering, 2013, was produced by an advertising agency hired by the artist to create a fictional campaign–as if it had been commissioned by the British government’s Department for Business, Innovation & Skills–encouraging the public to use its imagination to build a better future. Complementing the video, a banner hung on the Musée facade takes up its playful, positive message.

Notable among the many other pieces by this prolific, versatile artist are the lamps (more than sixty of them!) the artist created for his wife under the heading A lamp made by the artist for his wife–all inventive assemblages of assorted materials.

The exhibition was curated by Mark Lanctôt, curator at the MAC.

The Musée d’art contemporain de Montréal (MAC) is a provincially owned corporation funded by the Ministère de la Culture et des Communications du Québec. It receives additional funding from the Department of Canadian Heritage and the Canada Council for the Arts. The museum gratefully acknowledges their support.

The Musée d’art contemporain also thanks its partners Loto-Québec and Ubisoft and its media partner La Presse. 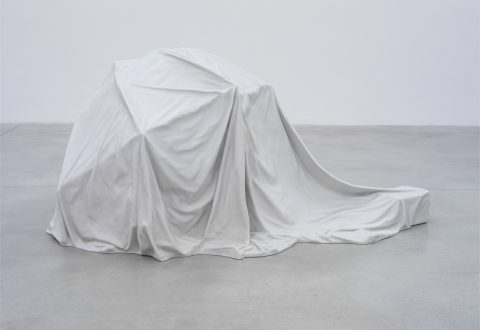