A conversation between Mika Rottenberg and Mahyad Tousi,

As part of the exhibition Mika Rottenberg, the Musée presents a conversation between Mika Rottenberg and artist and storyteller Mahyad Tousi, at the Canadian Centre for Architecture on May 19, at 6 p.m.

Born in Buenos Aires in 1976, Mika Rottenberg lives and works in New York. She spent her formative years in Israel before settling in the United States, where she obtained her BFA at the School of Visual Arts in New York and her MFA at Columbia University in 2004. In 2018, she won the James Dicke Contemporary Artist Award from the Smithsonian American Art Museum, which recognizes artists under 50 who have demonstrated exceptional creativity and produced important bodies of work. In 2019, Rottenberg received the Kurt Schwitters Prize, awarded to artists who have made a significant contribution to the field of contemporary art. Her recent solo exhibitions include Easypieces, presented at the New Museum in New York, the Museum of Contemporary Art in Chicago, and MOCA Toronto (as Spaghetti Blockchain) in 2019–20, and Mika Rottenberg at the Louisiana Museum of Modern Art in Humlebæk, Denmark in 2021.

Mahyad Tousi is in the business of storytelling. A multidisciplinary artist, writer, and producer, his projects span from network television to the contemporary art world. Currently, Tousi is executive producing the second season of the CBS primetime comedy United States of Al, and is writing and producing 1001, a sci-fi adaptation of the tales from One Thousand and One Nights with Picturestart. Tousi is the founder of Starfish—a 10-year vision for a self-sustaining cultural ecosystem for underrepresented artist-entrepreneurs. Remote, his latest collaboration with video artist Mika Rottenberg, marks his return to directing. An NFT created by Tousi and Rottenberg in connection with the film is featured in Kanon’s K21. Tousi sits on the advisory board of MIT’s Center for Advanced Virtuality and speaks on the critical impact of popular culture in shaping our shared future.

American Sign Language (ASL) interpretation for this event is made possible through a grant from the Ministère de la Culture et des Communications du Québec as part of Measure 3 of the 2018-2023 Government Action Plan for Culture.

Language:
The discussions will take place in English. 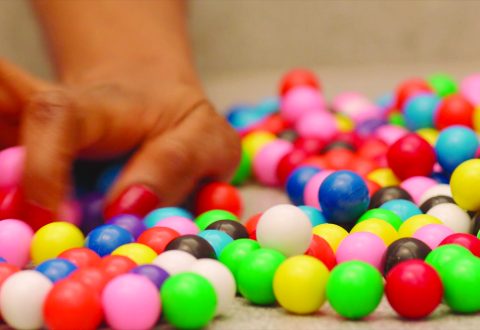