This exhibition brings together videos, installations, and sculptures by the artist Mika Rottenberg (born in Argentina, lives and works in New York). Three video installations – NoNoseKnows (2015), Cosmic Generator (2017), and Spaghetti Blockchain (2019) – form the core of the exhibition, along with unusual sculptural objects that resonate with the videos.

An introduction to the exhibition Mika Rottenberg with the curator Lesley Johnstone.

Dive into the heart of our new exhibition with this video by Lesley Johnstone and explore the fabulous work of artist Mika Rottenberg.

In her video installations, Mika Rottenberg creates unusual relationships between bodies and machines as a way to scrutinize the realities of global capitalism, dominated by the rampant production, distribution, and consumption of objects. Rottenberg describes her work as “social surrealism” inspired by Marxism, which she poetically interprets through images that seem to skirt any narrative logic. This social surrealism is based on the principle that reality is more absurd than its representation. Her visually overwhelming, highly colourful works underline the interactions among labour, economics, and the production of value, and the ways in which our emotional relationships are increasingly monetized. Using seduction, humour, and subversion, Rottenberg weaves together fictionalized documentary elements that reflect the real-life conditions of global systems. 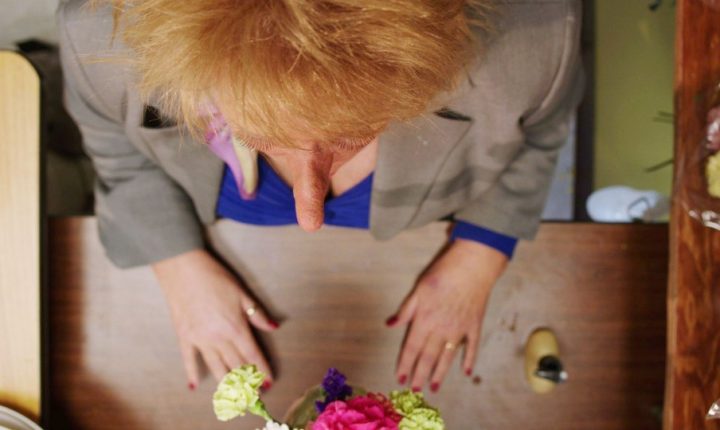 Filmed in Zhejiang province in China, NoNoseKnows shows two freshwater-pearl production chains where women work in suboptimal conditions, and where an impressively tall woman (Bunny Glamazon) plays the role of the factory’s Western supervisor. The piece is a subversive allegory of labour practices, as spectacularly manifested by Glamazon’s character, who, with every sneeze, produces a plate of pasta. 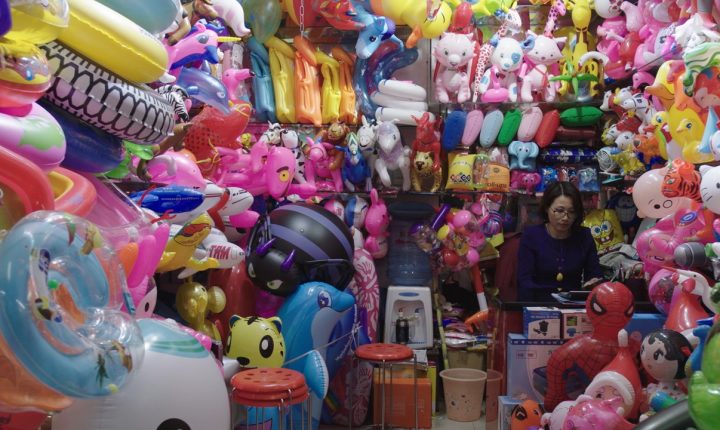 In Cosmic Generator, Rottenberg offers an ironic analogy between migration issues and the large-scale circulation of goods—underscoring the illogical nature of a society that favours and facilitates the entry of cheap objects but restricts the movement of human beings. The work creates a relationship between a network of tunnels linking Mexicali, Mexico, to Calexico, California and a wholesale market of cheap plastic goods in Yiwu, China, where bored shop employees sit among massive piles of shiny trinkets. 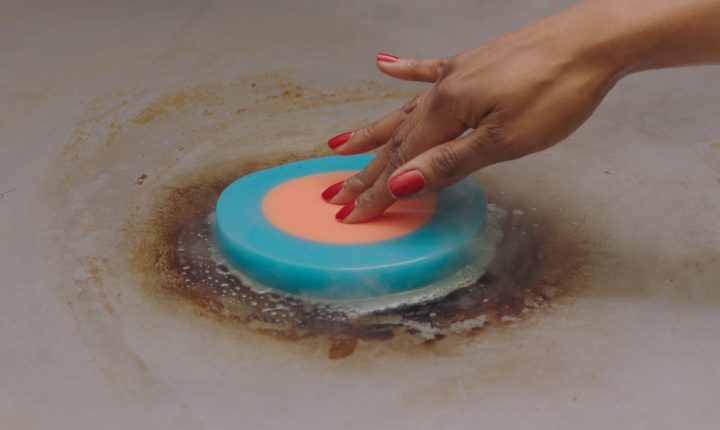 Spaghetti Blockchain opens with a throat singer from the Tuva region of the vast Siberian prairie. As the film goes on, the deep drone of her voice in the expansive natural landscape is juxtaposed with highly technical imagery and the low electronic hum of the Large Hadron Collider, a particle accelerator that Rottenberg filmed while she was a guest artist at the European Organization for Nuclear Research (CERN), near Geneva. What follows is a series of strange and colourful scenes that evoke the satisfaction induced by ASMR (autonomous sensory meridian response) videos: a hand slices a roll of gelatin and fries it, another squishes a mound of turquoise dough, and a third noisily stirs a bunch of colourful plastic balls.

MIKA ROTTENBERG,
Spaghetti Blockchain (video still), 2019.
Single-channel video installation, sound, colour. 18 min 14 s.
Produced by Museum of Contemporary Art Toronto; Arts at CERN, the arts program of the European Laboratory of Particle Physics, Geneva, with the support of the Permanent Mission of the United States to the United Nations, Geneva; Sprengel Museum Hannover, with the support of Niedersächsische Sparkassenstiftung; and New Museum, New York.
©Mika Rottenberg. Courtesy of the artist and Hauser & Wirth. 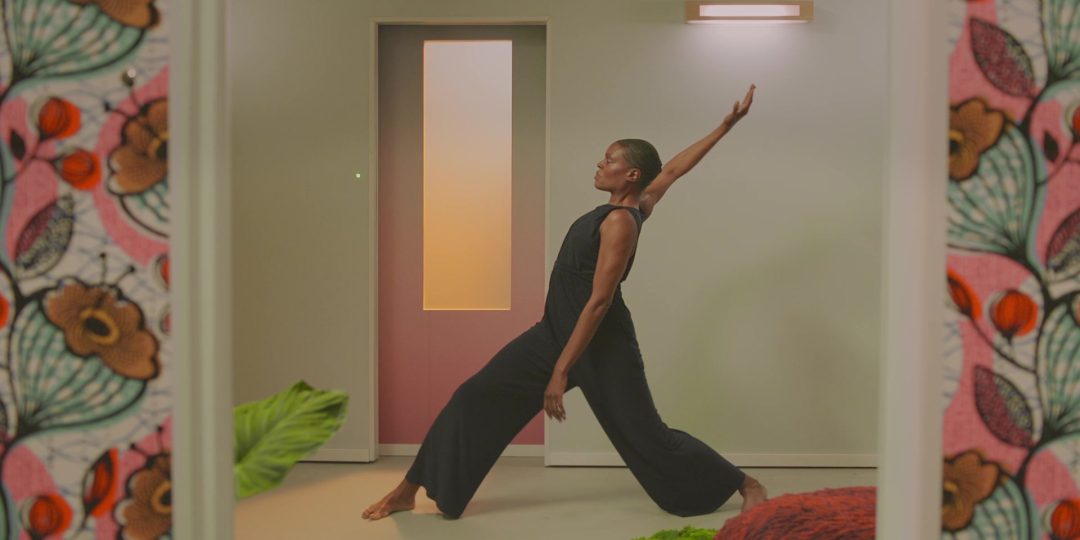 In conjunction with the exhibition MIKA ROTTENBERG, the MAC is partnering with the Cinémathèque québécoise to present REMOTE, co-created by Mika Rottenberg and Mahyad Tousi.

Born in Buenos Aires in 1976, Mika Rottenberg lives and works in New York. She spent her formative years in Israel before settling in the United States, where she obtained her BFA at the School of Visual Arts in New York and her MFA at Columbia University in 2004. In 2018, she won the James Dicke Contemporary Artist Award from the Smithsonian American Art Museum, which recognizes artists under 50 who have demonstrated exceptional creativity and produced important bodies of work. In 2019, Rottenberg received the Kurt Schwitters Prize, awarded to artists who have made a significant contribution to the field of contemporary art. Her recent solo exhibitions include Easypieces, presented at the New Museum in New York, the Museum of Contemporary Art in Chicago, and MOCA Toronto (as Spaghetti Blockchain) in 2019–20, and Mika Rottenberg at the Louisiana Museum of Modern Art in Humlebæk, Denmark in 2021.

Inspired by the MIKA ROTTENBERG exhibition currently on view, the MAC team has put together a selection of books to enhance your summer reading! This list, created especially for you, invites you to reflect on some of the exhibition’s central themes, such as consumerism, capitalism, materialism, labour and the relationship with objects.

The exhibition is presented in collaboration with the Museum of Contemporary Art (MOCA), Toronto, where it was presented in 2020.

The accessibility project was made possible thanks to a grant from the Ministère de la Culture under Measure 3 of the Plan d’action gouvernemental en culture 2018-2023, and also thanks to the collaboration of MCA Chicago.

Video: A conversation between Mika Rottenberg and Mahyad Tousi, moderated by Lesley Johnstone.

As part of the exhibition Mika Rottenberg, the Musée presented a conversation between Mika Rottenberg and artist and storyteller Mahyad Tousi, at the Canadian Centre for Architecture on May 19.

These resources are aimed at making the MAC’s activities more accessible to persons with disabilities.

What are descriptive subtitles and video descriptions?