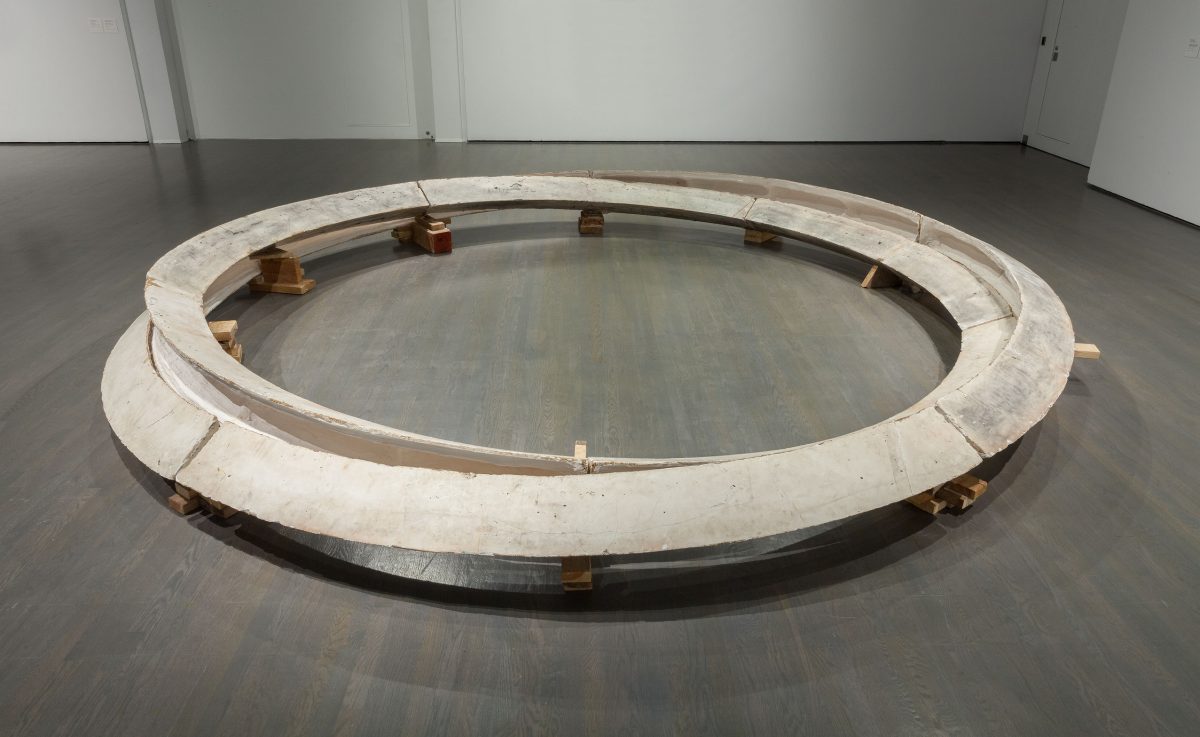 In keeping with the word play that has characterized Nauman’s practice from the very start, Smoke Rings: Two Concentric Tunnels, Skewed and Noncommunicating alludes to two elevated or suspended smoke rings. The work also addresses the concept of “suspended sculptures,” which the artist explored throughout the 1970s and ‘80s. Picking up on the themes of circularity and instability that are often present in his work, this concentric, architectonic construction is composed of two coplanar rings made of cast plaster, mounted on wooden blocks of varying heights that give it the appearance of buoyancy. Arranged obliquely with respect to one another, the rings are cast in an inverse manner: the inner ring exposes its concave face to the outside, while the outer ring exposes its convex face; aligned, they would form a kind of tunnel. Incidentally, in the late 1970s, Nauman produced Models for Underground Tunnels, a series of roughly assembled cast plaster elements with wooden supports. These robust works resemble similar sketches of projects that may or may never be realised. This piece is part of a larger body of tunnel works that—having no intended site, hence the idea of the “model”—exist in an undetermined space.