Bleu de bleu horizontally frames a small concrete-and-asphalt stretch of the world along Highway 20 between Pierre Elliott Trudeau International Airport and downtown Montréal. The work acts like an urban poem, a chromatic filter on a piece of land we would like to see tinged with colour. The product of four years’ research carried out with the support of many collaborators and partners, Bleu de bleu, as actualized, became an extraordinary unfolding of a colour permeable to whatever it encountered on its path.

Bleu de bleu turns a drive into a perceptual experience where topography and colour come together, a novel kind of drawing in Montréal’s architectural and urban landscape. For a given period of time and on that specific stretch of highway, the artist introduced an act of scanning, that is, a twofold panoramic motion whose colour defines and outlines the cycles of day and night. Seated behind the windshield of our car—rather like sitting in front of a screen—we thus redefine the way we experience the work, by transforming our relationship to it in terms of distance, speed and framing.

However, the particular strength of this creation extends beyond it: in its vast conceptual scope, which is harder to measure because of the flood of computer files it generated. Bleu de bleu, as it has been integrated into the Musée collection, is an installation made up of thirty-two videographic, photographic and sculptural elements, whose conceptual nature is intrinsically linked to its monumental, eponymous in situ placement. The work at the museum remains an experience of time and space, but one revealed through layers of data: it comprises a near-inextricable, labyrinthine series of documents and images, of plans, drawings, surveys and projections, all interconnected in the same way as elements of a universe. What makes the work is the process through which the artist weaves the connections between them. 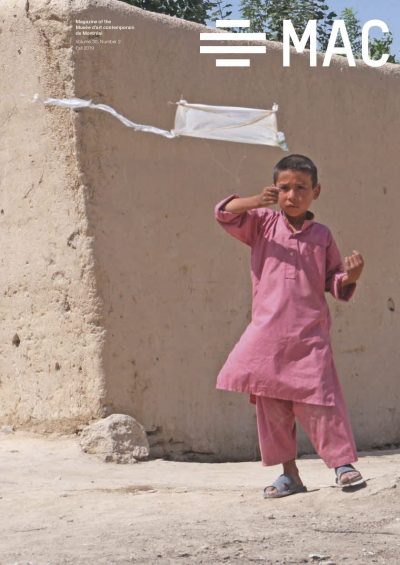