This exhibition carries on from the artist’s previous work, offering a kind of “visual library” made up of large-format illustrations reminiscent of official portraits in scale. Nomenclature presents two of his recent photographic series: Werner’s Nomenclature of Colours, 2005, and Cercles chromatiques de M. E. Chevreul, 2006, the titles of which are taken from two esoteric reference works on the language of colour.

Werner’s Nomenclature of Colours, which lends its name to the exhibition, comprises thirteen photographs that Maggs took of the pages in a book of the same name. Published in 1814 by Patrick Syme, a Scottish floral painter, this book is actually an adaptation of mineralogist Abraham Gottlob Werner’s original 1774 work, expanded to include the animal and vegetable kingdoms. The nomenclature in question is thus an extension and re-interpretation of a colour system. As Mark Lanctôt, the curator in charge of the Montréal presentation, observes, “Maggs draws our attention to the changing nature of ‘objective’ observation over time and the impossibility of ever truly exhaustively organizing such fleeting phenomena as colour in nature.”

The series Cercles chromatiques de M. E. Chevreul refers to the work of French chemist Michel Eugène Chevreul (1786-1889), who offered artists a “scientific” approach to colour combinations in a work entitled Les lois du contraste simultané des couleurs published in 1839. His theories captured the attention of such painters as Ingres, Delacroix, Signac and the post-Impressionists. Maggs has chosen to photograph not the colour plates illustrating simultaneous contrasts of colours, but rather those that accompanied a later study which was less interested in how colour is used than how it is defined and indexed—an issue closer to Maggs’ concerns. The series of chromatic circles consists of eleven gradually darkened photographs that represent, in the artist’s words, “the passage from day to night, from positive to negative, from life to death.”

Nomenclature is essentially a photographic essay on the human desire to list and categorize all natural phenomena. Maggs examines our subjectivity with respect to nature and the limits of science.

Arnaud Maggs lives and works in Toronto. He is represented by the Susan Hobbs Gallery, Toronto. Since 1978, he has been the subject of numerous retrospectives, solo exhibitions and group shows across the country and around the world. He has garnered a number of prestigious awards over the years: the Canada Council’s Victor Martyn Lynch-Staunton Award in 1984, the Gershon Iskowitz Prize in 1991, the Toronto Arts Award in 1992 and, the 2006 Governor General’s Award in Visual and Media Arts for his overall body of work.

The exhibition Arnaud Maggs: Nomenclature was organized by The Robert McLaughlin Gallery, in Oshawa, Ontario, where it was first presented in 2006. It was curated by Linda Jansma, curator at the Robert McLaughlin Gallery. The exhibition subsequently travelled to the McMaster Museum of Art, Hamilton, and Gallery One One One, Winnipeg, in 2007, before coming to Montréal. This is the artist’s first solo exhibition at the Musée d’art contemporain. The museum’s collection includes the 1980 work Joseph Beuys: 100 Frontal Views, Düsseldorf, 21.10.80, which was presented in 1992 as part of Tableau inaugural, and then in the exhibition Autour de la mémoire et de l’archive in 1999-2000, and again last year in the exhibition The Collection. 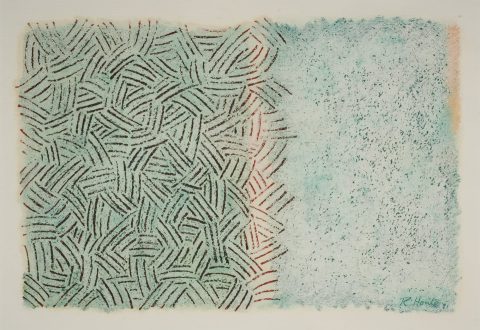 Interactive Tours for all