An active presence on the contemporary art scene since the latter part of the 1990s, Pascal Grandmaison has carved out a reputation in the past few years as one of the most meticulous and innovative artists of his generation. His work suggests a new approach, not only to photography and video, but also to the way his pieces are exhibited. Often based on the portrait genre, Grandmaison’s art is distinctive for its use of formal strategies such as the close-up, white background, and fragments and details. In his works, he deals with the practice of everyday life and the hybrid nature of the descriptive and narrative qualities of the image. The exhibition’s curator, Pierre Landry, offers the following description: “Beyond an apparent detachment from people and things, Grandmaison’s works express and combine, with remarkable assurance, situations whose ambiguity contains an indisputable energy.”

Works created for the exhibition

This presentation is Grandmaison’s first solo museum exhibition. It contains nearly twenty works: photographs from five different series and three films, including some recent pieces not previously shown (the photographs Ouverture and Upside Land, and the films Air and Diamant, all from 2006). A carefully laid-out circuit leads the visitor from the photographic series Waiting Photography (2003) and Verre (2004-2005) to the disconcerting installation Air (2006, Super 16-mm film transferred to digital medium), which shows the image of a stretched-out body filmed from very close up. The breathing movement alters the brightness by making the white background of the image repeatedly move in and out of view. The film is projected on a free-standing screen set in a confined space with a low ceiling and a raised floor. 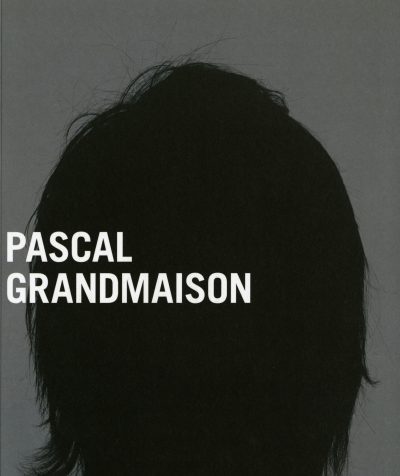