Acquisition of a work by Shannon Bool thanks to the bequest of Paule Poirier, a visionary patron

The Collection of the Musée d’art contemporain de Montréal recently gained a new acquisition thanks to the bequest of Paule Poirier, a visionary patron who offered the Musée a major gift totalling over $2 million and dedicated to art purchases. A crowd favourite when it was shown at the Musée in fall 2016, Michaelerplatz 3, by Canadian artist Shannon Bool, is the first work acquired through the generosity of Paule Poirier.

A Canadian figure with a well-established international reputation, Bool works in a variety of media, such as drawing, painting, sculpture and photography. As is evident in Michaelerplatz 3, which incorporates photography into the tapestry-making process, the artist’s technical explorations blur the boundaries between conventional categories. Influenced by art history, literature, psychology and the decorative arts, she demonstrates a pronounced interest in formal considerations in the production of her pieces, at the same time as she addresses political, sociological and cultural issues, including those of a colonial and postcolonial nature.

Michaelerplatz 3 is a textile piece that references the address of a famous building: the Looshaus, built in Vienna in 1909 by the modernist architect Adolf Loos, who was known for his radical rejection of ornamentation. The artist produced a collage of a chrome-plated mannequin, set in the marble entrance, whose reflection seems to go on to infinity in the nearby mirrors. This headless, naked female body, surrounded by reflective surfaces, may recall the device of a store window being dressed. However, its enigmatic presence in these opulent surroundings generates a tension that catches our eye. Bool’s recent tapestry work is considered a cornerstone and a signature representative of her current practice. Michaelerplatz 3 gives us a sense of its entire rigour and scope. 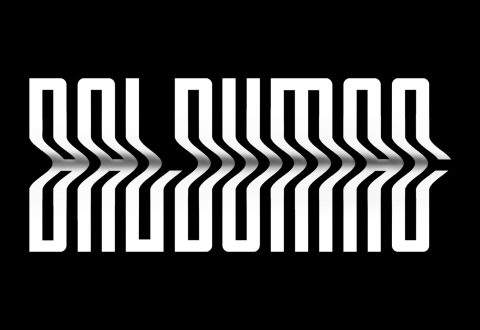 Announcement of a tribute concert for Leonard Cohen