Montréal, February 1, 2011 — From February 2 to April 22, 2012, the Musée d’art contemporain de Montréal is presenting three solo exhibitions by women artists of the same generation: Ghada Amer, Valérie Blass and Wangechi Mutu. All three share an interest in the body, sexualized and hybrid depictions of human and animal figures, materiality and references to art history and pop culture. The particular layouts of these exhibitions invite visitors to discover the unique approach of each artist.

Multidisciplinary artist Ghada Amer is mainly known for abstract paintings that both conceal and reveal the bodies of naked women behind “drippings” of interwoven coloured threads. Inspired by iconic images from art history and pop culture, her works deal with subjects as delicate and personal as erotic pleasure and love, and offer an unconventional view of women in art. The fascination exerted by Amer’s work springs from her way of pitting different codes of representation against each other: feminine and masculine, art history and pop culture, a major art form (abstract painting) and a minor one (embroidery), art and craft, figuration and abstraction.

This is the artist’s first exhibition at the MAC and the first major Canadian presentation of her work. It features over thirty pieces, including twelve works on canvas produced between 1993 and 2011, twenty-two works on paper dated 2007 to 2010 and a sculpture from 2010, entitled 100 Words of Love (Les 100 noms de l’amour). This piece, based on language, is a sphere composed of calligraphic letters, poetically intertwined, that spell out the hundred Arabic words for love: desire, passion, love of love, etc. The works on paper, a number of them executed in partnership with artist Reza Farkhondeh, are displayed in a separate little room along the route of the exhibition that contains Amer’s earliest “dream woman” drawings inspired by Disney-style fairy tales. An even earlier work, Conseils de beauté du mois d’août – vos jambes, votre corps, vos cheveux et vos ongles, from 1993, completes the circuit. On four handkerchiefs, the artist has transcribed beauty advice published in so-called women’s magazines which hold out the promise of achieving a perfect body by following the diktats of fashion and beauty care.

Born in Cairo in 1963, Ghada Amer lived in France for over twenty years before moving to New York, where she now lives and works. She has taken part in numerous solo and group exhibitions, notably the solo show Ghada Amer: Love Has No End, presented in 2008 at the Brooklyn Museum, New York. In 1997, she was awarded a Pollock-Krasner Foundation grant, and in 1999, she received the UNESCO award at the Venice Biennale.

Thérèse St-Gelais, professor in the Art History department at the Université du Québec à Montréal since 2003, is guest curator of the exhibition, which is accompanied by a fully illustrated 88-page catalogue comprising an essay by the curator, a list of works and a brief bio-bibliography of the artist. This publication is for sale at $22.95.

Valérie Blass is one of the most exciting artists to have emerged from Québec over the past decade. She has helped to restore sculpture to its rightful place in the history of contemporary art for a new generation of artists. Her practice, which is sculpture in every sense of the word, consists of creating encounters between her own body and the objects she creates, between one sculpture and another, between the physical presence of the viewer and that of the works in a space. Employing the full range of sculptural techniques—from moulding, casting, carving and modelling to assemblage and bricolage¾she creates strange, hybrid objects and explores the territories between animal, human and inanimate forms. Her practice is rooted not only in the classical tradition of sculpture in its use of figuration, verticality and a human scale but also in the material culture of the twenty-first century, as is apparent in the diversity of her materials and the plethora of mass-produced, bought and found objects she uses.

The exhibition, a survey of Blass’s oeuvre over the past fifteen years, comprises some thirty-five pieces, including no fewer than fifteen brand-new works straight from the artist’s studio. The presentation also features works from the Musée Collection: Cargo culte (2011), Femme panier (2010) and Étant donné, le Loris perché sur son socle néo-classique (2008). Femme panier was recently acquired by the museum with the support of the National Bank Private Wealth 1859 Collectors Symposium 2010.

Valérie Blass, born in Montréal in 1967, holds an MA in Visual and Media Arts from the Université du Québec à Montréal. Since she was involved in the first Québec Triennial in 2008 at the MAC, where her art attracted a great deal of attention, interest in her work and her approach has continued to grow in Québec, Canada and abroad. She has taken part in numerous group exhibitions (C’est ce que c’est, National Gallery of Canada in 2010, and Chimère/Shimmer, Musée national des beaux-arts du Québec and Nothing to Declare at Power Plant in 2009) and solo shows (Petit losange laqué veiné, Parisian Laundry in 2011 and Une fois de trop, Museum of Canadian Contemporary Art in 2009) in Montréal and across Canada. In 2012, Blass will participate in the exhibition Oh, Canada presented at MASS MoCA.

The exhibition was curated by MAC curator Lesley Johnstone. It is accompanied by a 152-page publication, with essays by Johnstone and by art historian Amelia Jones, professor and Grierson Chair in Visual Culture at McGill University, Montréal. The catalogue also contains an interview with the artist by Wayne Baerwaldt, Director/Curator, Exhibitions at the Illingworth Kerr Gallery, Alberta College of Art + Design (ACAD), a list of works and a bio-bibliography. On sale at $29.95, this publication was made possible thanks to the participation of ACAD and funding from the RBC Foundation. The exhibition will go on tour in the summer of 2012.

The centrepiece of the exhibition, which comprises some twenty works, is the remarkable installation Moth Girls (2010) recently acquired by the MAC. Composed of 246 hybrid half-human, half-animal figurines with leather wings, feathered antennae and female legs, this installation is laid out in the form of entomological plates suggesting notions of the classification and hierarchization of species and, by extension, of genera (woman, animal) and peoples. The configuration of the work evokes a classroom in an African school. Pinned to the walls in rows, the Moth Girls form a disturbingly beautiful bestiary inspiring contradictory feelings. Moth Girls is displayed in the centre of the exhibition space, which has been completely transformed for the occasion: the walls are covered in felt and a shimmering curtain invites visitors to walk into a video screening. Also prominently displayed is a series of collage-drawings depicting black women, tampered with and prey to strange mutations, which have earned the artist international recognition.

Wangechi Mutu, born in Nairobi, Kenya, in 1972, now lives and works in New York. She studied at Yale University, Cooper Union for the Advancement of Arts and Science, where she honed her interest in anthropology, and the United World College of the Atlantic. She first made her name in 2009 when she participated in the group show entitled Collage: The Unmonumental Picture, presented at the New Museum, New York. This is the artist’s first exhibition in Québec.

Josée Bélisle, curator of the MAC’s permanent collection, is the curator of Wangechi Mutu. A 72-page catalogue including an essay by the curator, a list of works and a short bio-bibliography of the artist has been published and may be purchased for $22.95.

The Musée d’art contemporain de Montréal is a provincially owned corporation funded by the Ministère de la Culture, des Communications et de la Condition féminine du Québec. It receives additional funding from the Department of Canadian Heritage and the Canada Council for the Arts. The museum gratefully acknowledges their support and that of Collection Loto-Québec, the MAC’s principal partner. 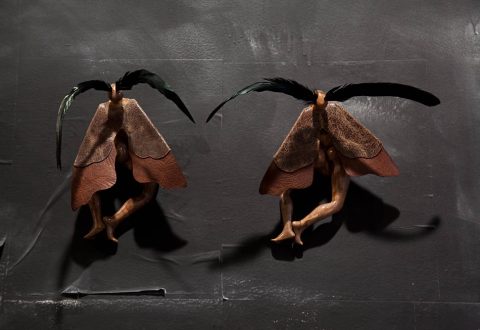 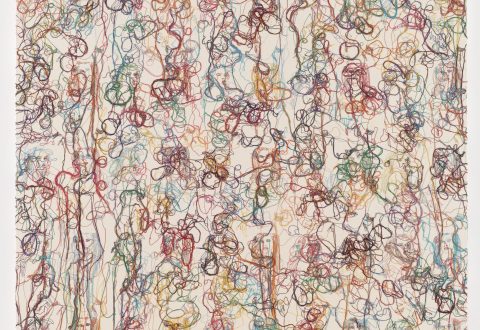 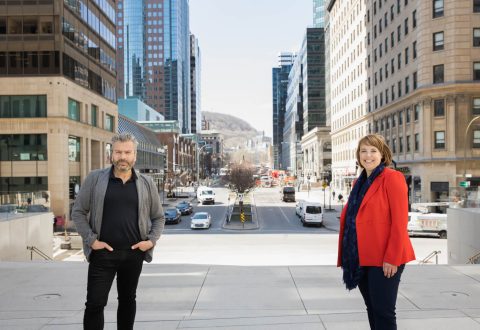 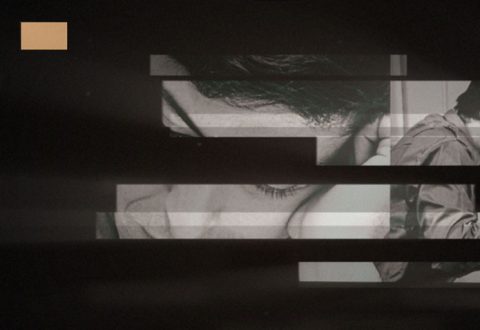