The MAC Goes All Digital!

Montréal, April 9, 2014 — This spring, the Musée d’art contemporain de Montréal (MAC) is putting the spotlight squarely on the digital arts as it welcomes the season’s leading digital event. In addition to initiating and hosting the first joint venture by Elektra and MUTEK, titled EM15, and presenting a major component of the 2nd edition of the International Digital Arts Biennial (BIAN), the museum is offering original content that will contribute to Printemps numérique. From May 6 through September 7, the MAC will be home to exciting installations, performances and a digital Nocturne scheduled for Friday, May 23.

John Zeppetelli, Director and Chief Curator of the Musée d’art contemporain, recently noted: “The Musée is honoured and delighted to play an important part in this major, all-digital event taking place in Montréal this spring – both in terms of the content we are providing and through the collaborative relationships we have established with such top-calibre cultural organizations as BIAN and EM15. We salute the outstanding vitality and reach of these organizations on Montréal’s digital scene.”

A Diverse, Wide-Ranging Program at the MAC

The activities on the program are, in chronological order:

As part of the 2nd edition of BIAN, the Musée d’art contemporain is pleased to present C4I, a work by Ryoji Ikeda, one of the foremost names in minimalist electronic music. This remarkable work, being shown in its film version for the first time in Montréal, will be screened at the Musée this coming May 6 to June 18.

After exhibiting Carsten Nicolai’s unidisplay in 2012, during the 1st edition of the International Digital Arts Biennial (BIAN), the Musée d’art contemporain de Montréal is giving the digital arts and the event an even more prominent place this spring. From May 23 to June 1, the Musée will be the venue for BIAN’s  “installations” section and will welcome some fifteen works by Québec, Canadian and international artists, five of them from the Fédération Wallonie-Bruxelles. All these artists illustrate the growing importance of design, games, robotics, science and digital art in current culture.

The Musée is also joining the celebrations for the 15th anniversary of the Elektra and MUTEK festivals. From May 27 to June 1, for the very first time, these two major events will be held simultaneously at the MAC itself. Over the years, the museum has worked with both these key players on the digital scene. For this inaugural joint venture, it is turning into one vast platform for showcasing works and performances by leading figures on the digital scene here in Montréal, across North America and around the world.

From June 18 to September 7, the Musée d’art contemporain de Montréal will mark its 50th anniversary in a very special and unique way by presenting a work acquired by the museum in 2013: the interactive installation Pulse Room (2006) by artist Rafael Lozano-Hemmer. This spectacular piece, which was shown in 2007 at the Venice Biennale, features 300 suspended incandescent light bulbs controlled by a computer interface that detects visitors’ heart rate and converts it into flashes of light.

The Musée d’art contemporain de Montréal is a provincially owned corporation funded by the Ministère de la Culture et des Communications du Québec. It receives additional funding from the Department of Canadian Heritage and the Canada Council for the Arts. The museum gratefully acknowledges their support and that of Collection Loto-Québec, the MAC’s principal partner. The MAC also thanks its media partner, La Presse +. 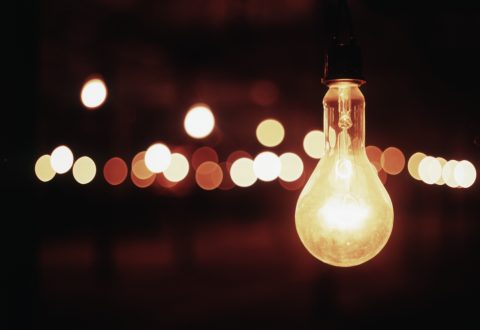