Twenty artists delve into the relationship between humans and animals

Montréal, May 23, 2012 — Some fifty works that are bound to spark a highly topical discussion of the human-animal relationship will be in the spotlight in Zoo, the summer show at the Musée d’art contemporain de Montréal, set to run from May 24 to September 3. This group exhibition contains pieces by twenty Québec, Canadian and international artists. Focusing on zoos as a mode of portraying the animal kingdom and living beings, it features works that will prompt an examination of the marked interest in animals seen in the contemporary art of the past few years. It also fits in with recent debates about natural history and our relationship to a world that has undergone unprecedented ecological and geopolitical change. Of particular note: in a major Canadian premiere, the work Circle of Animals/Zodiac Heads: Gold by dissident Chinese artist Ai Weiwei will be presented at the MAC for this occasion.

Through their works, the artists explore the tremendous variety of connections that exist between humans and animals, and broach the issue within a very broad perspective. Some artists use this relationship to explore cultural representations, reinterpret anthropological stereotypes or highlight the notion¾still very commonly held¾of the primacy of humankind. Others focus on the collection, classification and exhibition methods that are characteristic of both museums and zoos, which share a similar way of understanding and organizing the world. Yet other artists employ spaces or metaphors that open up to other dualities or areas of conflict. Today, we cannot speak of animals, or of animality, without speaking of our relationship to them and, more broadly, our relationship to the Other.

Multiple approaches to the same theme: the artists in Zoo

Circle of Animals/Zodiac Heads: Gold, 2010, by dissident Chinese artist Ai Weiwei, is a remarkable work being shown here for the first time in Canada. It is a reinterpretation of the twelve bronze animal heads, representing the traditional Chinese zodiac, that used to adorn the famous water clock at the imperial gardens of Yuanming Yuan, in Beijing.

Produced specially for the exhibition Zoo, David Altmejd’s Le Spectre et la Main, 2012, takes up elements typically used by this artist and applies them like a leitmotiv. The work suggests a vivarium of surprising size that interweaves a multitude of threads introducing the idea of movement and perpetual metamorphosis.

Also worthy of mention is a large-scale installation by Trevor Gould, titled God’s Window, created specifically for the Musée Sculpture Garden, where it has been built onto the fountain. The sculpture features the monkey figure that often appears in the artist’s work, and its structure speaks to the surrounding architecture.

Finally, Chair Apollinaire, by Jana Sterbak, is a “club” chair made of meat. Its presentation at the MAC is a Canadian premiere.

The exhibition Zoo was organized by Marie Fraser, Chief Curator of the Musée, and François LeTourneux, Associate Curator.

The Musée d’art contemporain de Montréal is launching a major publication for the exhibition. This lavishly illustrated, 240-page catalogue, also titled Zoo, contains an introduction by the show’s curators, Marie Fraser and François LeTourneux, texts presenting each of the artists and a typology describing the relationship between humans and animals as reflected in natural history, philosophy, fiction and science. With over sixty quotations from authors who played a critical role in the history of ideas or who are currently re-examining this subject in depth, the typology extends to the nature of life itself and the systems that have been developed to classify it, as well as the way the animal world has been portrayed in myths, the natural sciences and zoos. It was written by Marie Fraser with the collaboration of Dominique Allard and Julie-Ann Latulippe. The catalogue may be purchased for $32.95 at the MAC Boutique and in bookstores.

The Musée d’art contemporain de Montréal is a provincially owned corporation funded by the Ministère de la Culture, des Communications et de la Condition féminine du Québec. It receives additional funding from the Department of Canadian Heritage and the Canada Council for the Arts. The museum gratefully acknowledges their support and that of Collection Loto-Québec, the Musée’s principal partner. 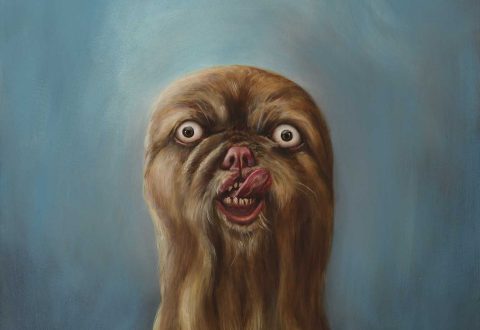