Established pursuant to the National Museums Act, the Musée d’art contemporain de Montréal is a state-owned enterprise administered by a 15-member board of directors. The majority of the members are qualified as independent directors as set out in the Act Respecting the Governance of State-owned Enterprises. The composition of the board of directors respects parity between men and women and ensures the presence of members from diverse communities and members aged under 35 years at time of their appointment, in order to reflect Québec society.

The directors are appointed upon recommendation of the minister, taking account of the skills and experience profile (in French only) established by the board and following consultation with socio-economic and cultural organizations, including organizations with an interest in museology.

Consult the table cross-referencing the skills (in French only) and experience profiles of members and the composition of the board of directors. 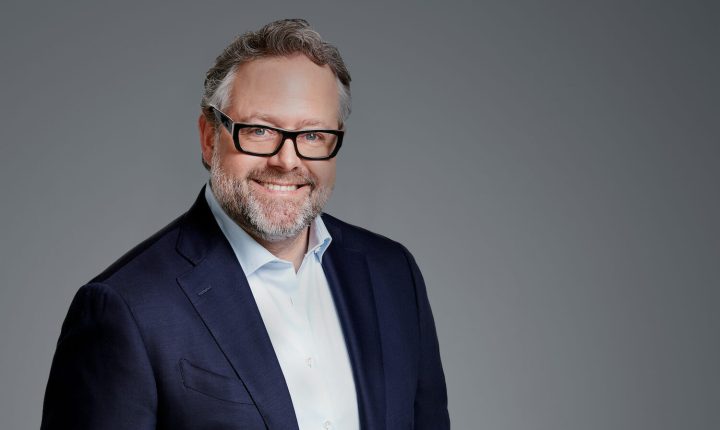 As managing partner, since 2011, of XPND, an investment fund for companies in the electric transportation, technology, media and entertainment sectors worth nearly $100 million, Alexandre Taillefer has invested in many business projects that have been impactful in Quebec. In 1993, at the age of 21, he founded Intellia, which became Nurun, an interactive agency now owned by Publicis. In 2001, he founded Hexacto, which become a world leader in mobile gaming within two years and was bought by Jamdat Mobile and later by Electronic Arts. In 2007, he co-founded Stingray Digital, a public company that broadcasts music in more than 100 million households around the world. In 2015, he founded Téo Taxi, an all-electric taxi company that revolutionized the industry. He sits on numerous Boards, including those of GSM Project, iperceptions, Behaviour Interactive, Direxyon and the Lion Electric Co. As a tireless culture advocate, he was the Opéra de Montréal’s Chairman of the Board from 1996 to 2012. Since 2012, he has been Chairman of the Board of the Museum of Contemporary Art of Montreal, which has since undergone a major revitalization. In 2017, he received an honorary doctorate from UQAM’s École des sciences de la gestion (school of management sciences).

(interim Chair from May 30 to October 2, 2018)
Chair of the Governance, Ethics and Human Resources Committee
Member of the Strategic Planning Committee
Appointed February 28, 2018 – 2nd four-year term

Eleonore Derome is a lawyer whose practice focuses on commercial, transactional and corporate law. She joined Bombardier Business Aircraft in 2018, after more than a dozen years working for a large, private Canadian firm. She is the Vice-President of the Board of the Museum of Contemporary Art of Montreal and the Chair of its Governance, Ethics and Human Resources Committee. In addition to her law degree, Ms. Derome also hold a Bachelor’s degree and a Master of Science degree in Management from HEC Montreal and a Negotiation certificate from Harvard. She is a founding member of the Young Canadians in Finance – Women’s Initiative, and a Member of the Board of Young Canadians in Finance. Ms. Derome was a executive member of the Association canadienne des conseillers et conseillères juridiques d’entreprises of the Canadian Bar Association’s Quebec Division’s from 2017 to 2018 and was a selected participant at the Governor General’s Canadian Leadership Conference (2015). She was awarded the 2014 Prix Relève d’Excellence by HEC Montréal for first place in the consulting services category, and was a finalist of the 2016 Prix Arts Affaires de Montréal, in the young business leader category, in recognition of her commitment to art and culture in Montreal. She has been a Member of the Board of the Museum of Contemporary Art of Montreal since 2012.

François Dufresne is Senior Director, Private Equity, at PSP Investments. He has been Chair of the Board of the Museum of Contemporary Art’s Foundation since 2007. He is a member of French-based Fives’ Supervisory Board, Audit Committee and Compensation Committee. Fives is an industrial engineering group that designs and supplies machines, process equipment and production lines, and employs over 8,000 people. He is a member of the Board and Audit Committee of TeamHealth Inc., a company with headquarters in Knoxville, Tennessee. TeamHealth offers the services of its 20,000 healthcare employees, who are primarily emergency care and anaesthesiology specialists, to American hospitals. François has also sat on the Boards of many other companies. He was Chair of the Board of the Orchestre Angèle Dubeau & La Pièta from 2011 to 2015. He has been Treasurer for the Museum of Contemporary Art of Montreal since 2012.

Arielle Beaudin holds a bidisciplinary Bachelor’s degree in Economics and Politics, as well as a Public Relations certificate from the Université de Montréal. She is a founding member of LORI.biz and TechnoChic at CEIM. She has also sat on the Boards of several organizations, such as JCCM, FEM International and Generation W. She is very active in the entrepreneurial scene and in Montreal’s startup scene, and she works in the events industry with an expertise in developing partnerships. Arielle Beaudin joined the Board of the Museum of Contemporary Art of Montreal in 2018.

Geneviève Cadieux’s work focuses mainly on large-scale photography and installations exploring the human body and landscapes, and how they represent a place where mind and body meet. Her interest lies in the integration of art in the urban landscape, its visibility, its effect on passers-by and the way it marks and identifies a location. She has had several solo exhibits throughout the world and her work can be found in several private and museum collections in Canada, the US, Europe and Asia. She represented Canada at the 1990 Venice Biennale and was awarded the Governor General’s Award for her body of work in 2011 and the Paul-Émile-Borduas Award in 2018. She is an Associate Professor at Concordia University and a member of the Royal Society of Canada. She is Chair of the MAC Collection’s Advisory Committee. 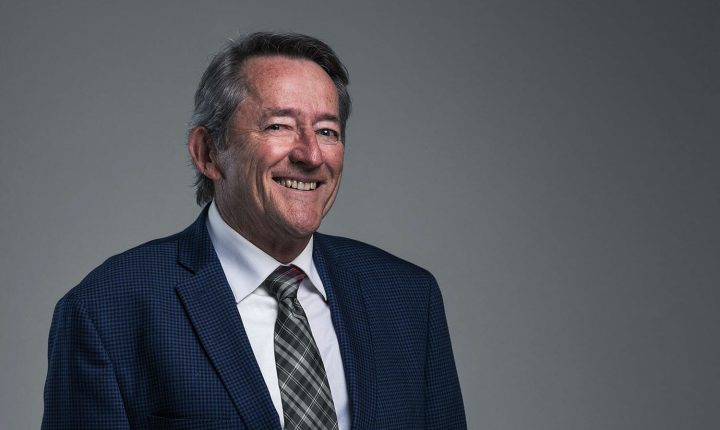 Yves Gauthier, Fellow Chartered Professional Accountant and graduate of the Institute of Corporate Directors, is a former KPMG partner. He was Vice-President at Desjardins Securities, the Caisse de dépôt et placement du Québec and the Canadian Audit and Accountability Foundation. He is Board member and Treasurer of the Institut de recherche en biologie végétale, Board member of the Fondation québécoise sur la recherche en environnement, member of the audit committees of the City of Montreal and City of Laval, and Chair of the Department of Justice Canada’s Audit Committee. 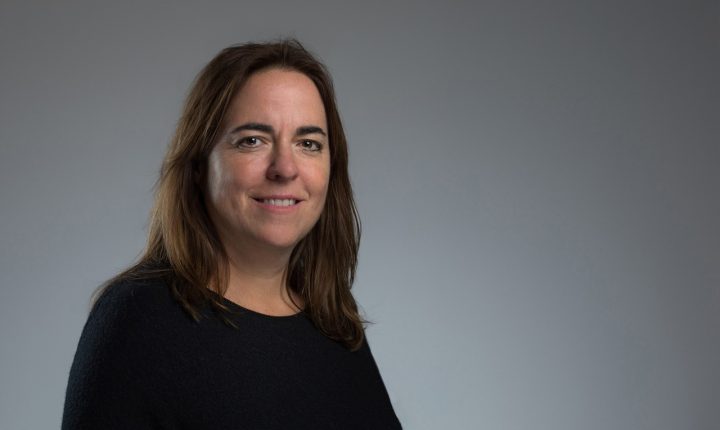 Stéphanie Moffatt is a lawyer whose practice includes 8 years in civil litigation, medical liability, and disciplinary law with Borden Ladner Gervais. Following this period, she founded Mo’Fat Management, a music management, production, and publishing company, which manages the career of her sister, Ariane Moffatt. Since then, she has acted as an agent, productor and publisher for numerous artists in Quebec and in France.

Josée Noiseux is President and CEO of the Montreal Heart Institute Foundation. As a lawyer, she practised law for more than 20 years at the Norton Rose law firm. She has sat on several Boards, notably those of the MAC Foundation, the St. Mary Medical Centre Foundation and Goodness TV, and McGill University’s Chancellor’s advisory committee. She is active within the community, having participated in several fundraisers and supporting several causes.

Marc holds a Bachelor’s degree in Fine Arts from Concordia University and lives and works in Montreal and New York. His prints and paintings can be found in many Canadian corporate collections and major private collections in Quebec, Canada and the US. To this day, Marc has held more than twenty solo exhibits and has participated in as many group exhibits and international shows in Madrid, Barcelona, Venice, Berlin, Cologne, New York, Miami, Chicago, Brussels and Namur. He was an honorary Member of the Board of the Museum of Contemporary Art of Montreal from 2012 to 2018.

Jean-Philippe Shoiry is the head of strategy and operations and a partner at Republik, a content and influencer marketing agency. He holds a Bachelor’s degree in law and a Master’s degree in taxation from the Université de Sherbrooke. Under his leadership Republik has received numerous creation, strategy and digital media awards, while becoming the first Quebec agency to receive a B Corp certification–an international certification given to companies that meet the highest standards of social responsibility. His avant-garde approach earned him a spot as one of Infopresse’s prestigious 30 under 30 in 2015. He is a Board member of Pour 3 Points and the Museum of Contemporary Art of Montreal. 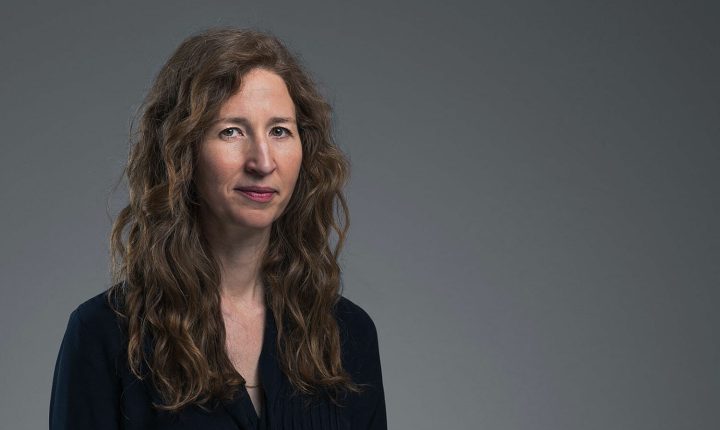 Since 2004, Marie-Justine Snider has been the Corporate Curator at Caisse de dépôt et placement du Québec and its subsidiary, Ivanhoé Cambridge. She is responsible for the acquisitions and management of both collections. From 2000 to 2004, she was Curator of Hydro-Québec’s art collection. She has also sat on the Boards of La Biennale de Montréal, the OPTICA Centre and the Mois de la photo à Montréal. Marie-Justine Snider was an honorary Board member of the Museum of Contemporary Art of Montreal from 2012 to 2018.

Martine St-Victor is a communications strategist. She heads Milagro Public Relations Atelier, which she founded 15 years ago. She co-hosted a national radio show on the CBC and now chronicles on Radio-Canada and on its Réseau de l’Information (RDI). She is also an occasional contributor to the Montreal Gazette. Martine sits on the Boards of Séquences magazine and the KANPE Foundation. She joined the Board of the Museum of Contemporary Art of Montreal in 2018. 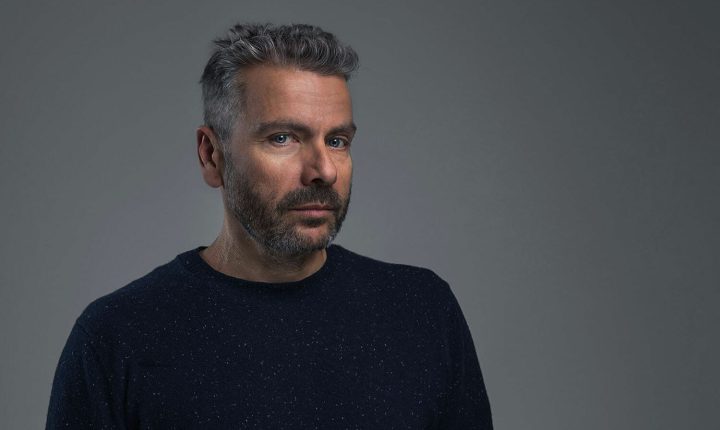 Member of all MAC Advisory Committees
Member of the Strategic Planning Committee
Appointed as Director and Chief Curator on June 19, 2013, took office on August 12, 2013 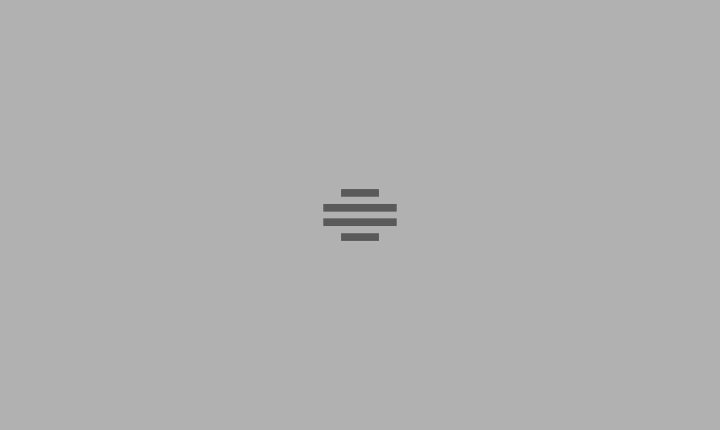 Claudie Imbleau-Chagnon is Senior Director of Legal Affairs’ Transactional Team at Ivanhoé Cambridge. She is responsible for the completion of transactions, particularly in relation to partnership agreements for development projects. She has recognized expertise in managing issues and risks associated with complex projects involving diverse public and private stakeholders.  A graduate from the Université de Montréal and McGill University, Claudie Imbleau-Chagnon started her private practice in Montreal at a Canadian law firm following which she joined an English law firm at its Paris office. In addition to her law degree, she holds a certificate in negotiation from Cornell University as well as a LEAN Six Sigma Green Belt certification. Claudie Imbleau-Chagnon has always been actively involved in her community and, since 2014, she has served as a member of the board of directors of the Foundation of the YMCAs of Quebec, where she has been president for the past two years.