In connection with the presentation of the exhibition Olafur Eliasson: Multiple shadow house, the MAC presents a talk by artist Olafur Eliasson on Monday, June 19, 2017 at 6 p.m. at the D.B. Clarke Theatre, Concordia University.

Born in 1967, Olafur Eliasson grew up in Denmark and Iceland. After studies at the Royal Danish Academy of Fine Arts, in 1995 he moved to Berlin, where he founded Studio Olafur Eliasson, which today comprises about ninety craftsmen, artists, specialized technicians, computer specialists, architects, archivists, administrators, graphic designers, filmmakers and cooks. In 2003, Eliasson represented Denmark at the 50th Venice Biennale and presented The weather project at the Tate Modern in London. Take your time: Olafur Eliasson, a survey show organized in 2007 by the San Francisco Museum of Modern Art (SFMOMA), travelled until 2010 to various venues, including the Museum of Modern Art, New York. In 2014, Contact was the inaugural exhibition at the Fondation Louis Vuitton in Paris. In 2016 Eliasson created a series of interventions for the palace and gardens of Versailles, including an enormous artificial waterfall that cascaded into the Grand Canal.

Eliasson’s projects in public space include the crystalline facades for Harpa Reykjavik Concert Hall and Conference Centre (2011); Cirkelbroen (The circle bridge), Copenhagen, Denmark, 2015; and Ice Watch, for which Eliasson brought melting icebergs from Greenland to Paris on the occasion of the COP21 Climate Conference in 2015.

Together with engineer Frederik Ottesen, Eliasson founded the social business Little Sun in 2012. The global project produces solar lamps and mobile chargers for use in off-grid communities and spreads awareness about the need to expand access to sustainable energy to all. In 2014, Eliasson and long-time collaborator Sebastian Behmann founded an international office for art and architecture, Studio Other Spaces, to focus on interdisciplinary and experimental building projects and works in public space.

Free and open to the public 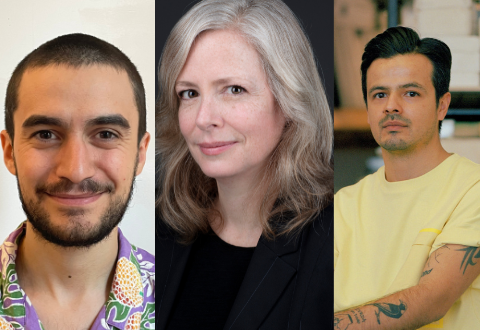