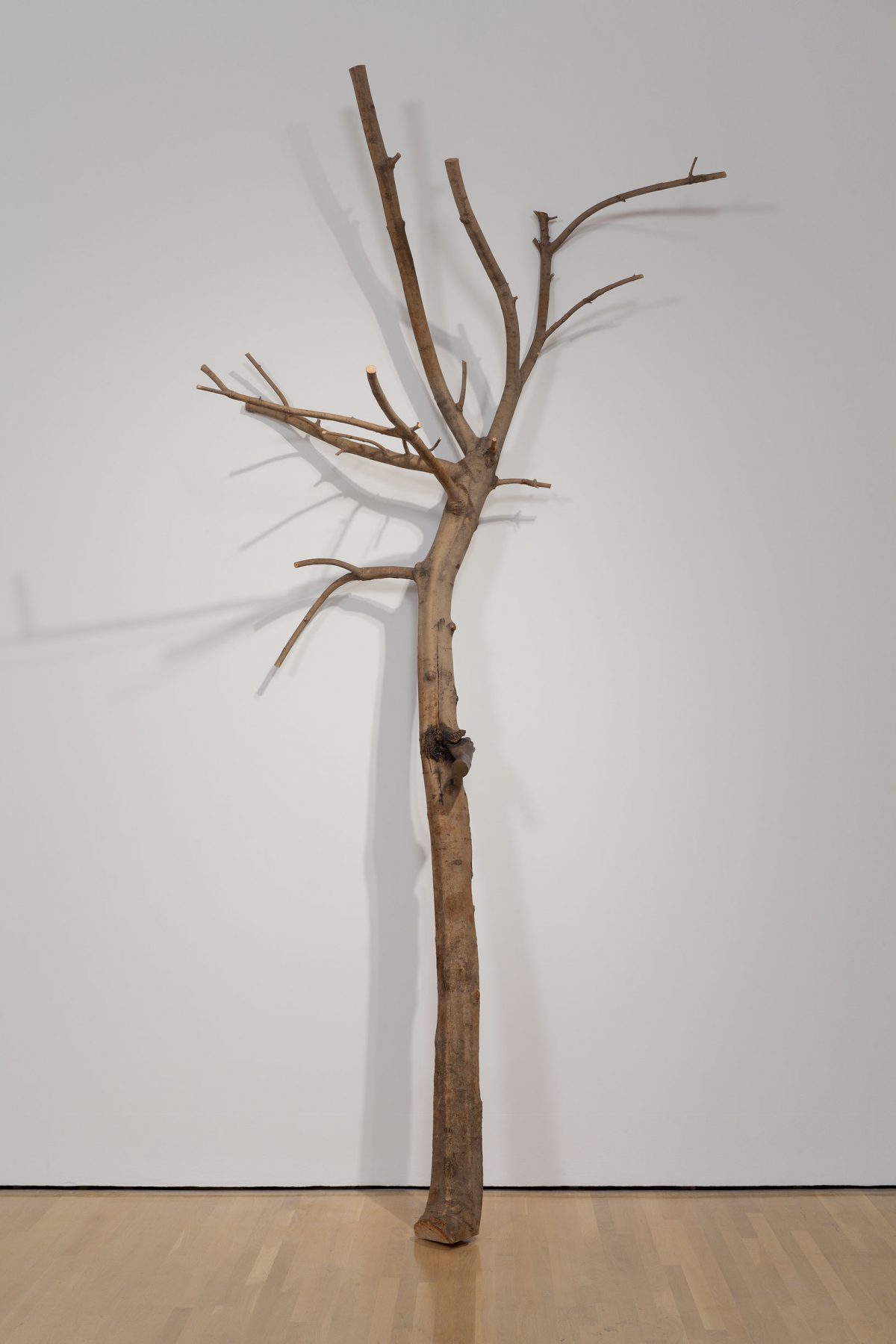 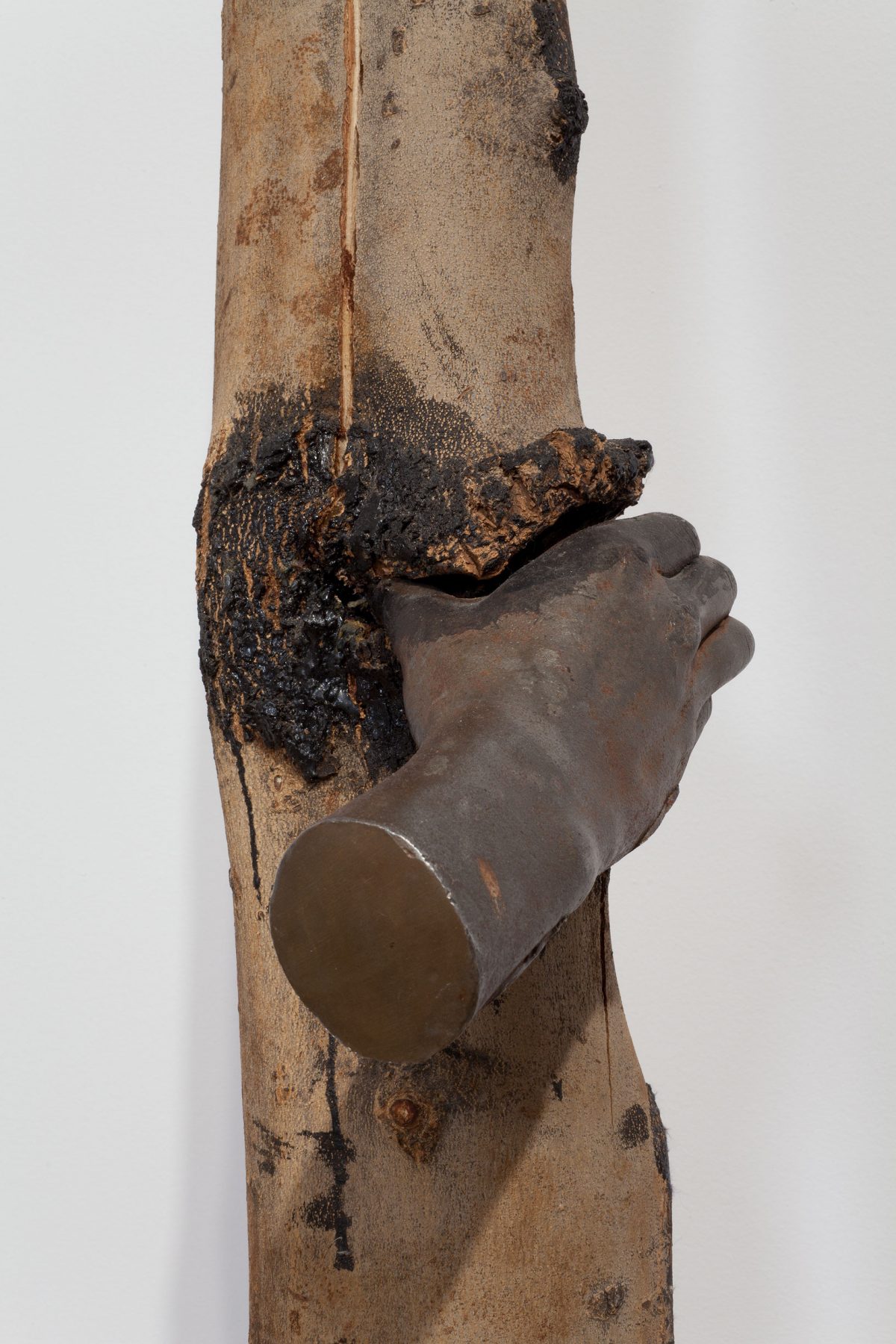 Over the course of seven years, from 1984 to 1991, an iron cast of Guiseppe Penone’s hand was slowly absorbed into the growing trunk of a tree onto which it had been grafted. The resulting sculpture, I Have Been a Tree in the Hand, features the actual tree, cut and presented outside of its original context. The slow evolution of organic matter acts as a counterpoint in the face of the rapid technologies that increasingly define human activity. Early in his career, Penone was associated with the Arte povera movement. He developed an interest in the vital processes of life, and established a dialogue between nature and culture in his art. His first long-term projects with trees, where their growth was intercepted by grafts of his cast hands, began in 1968.