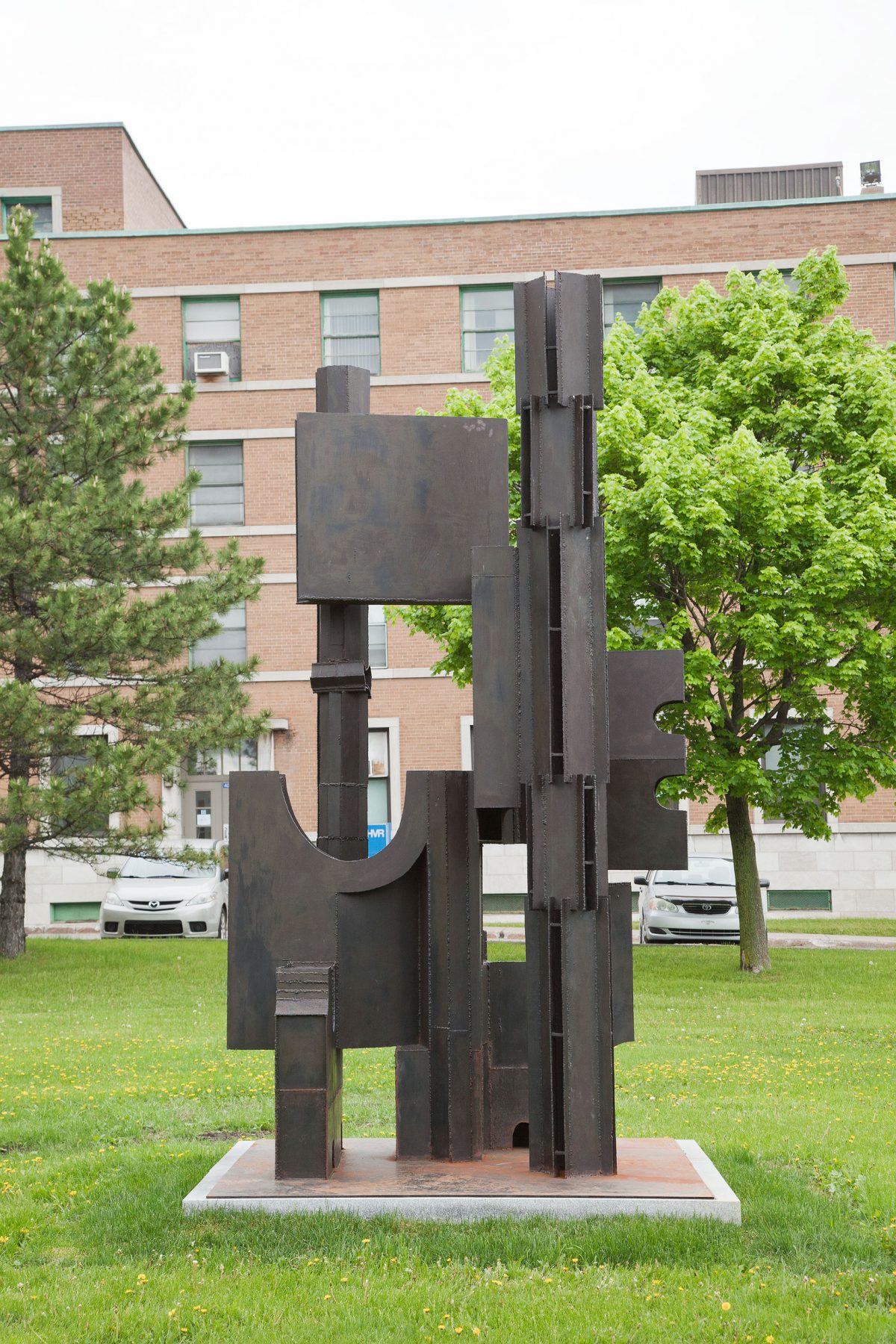 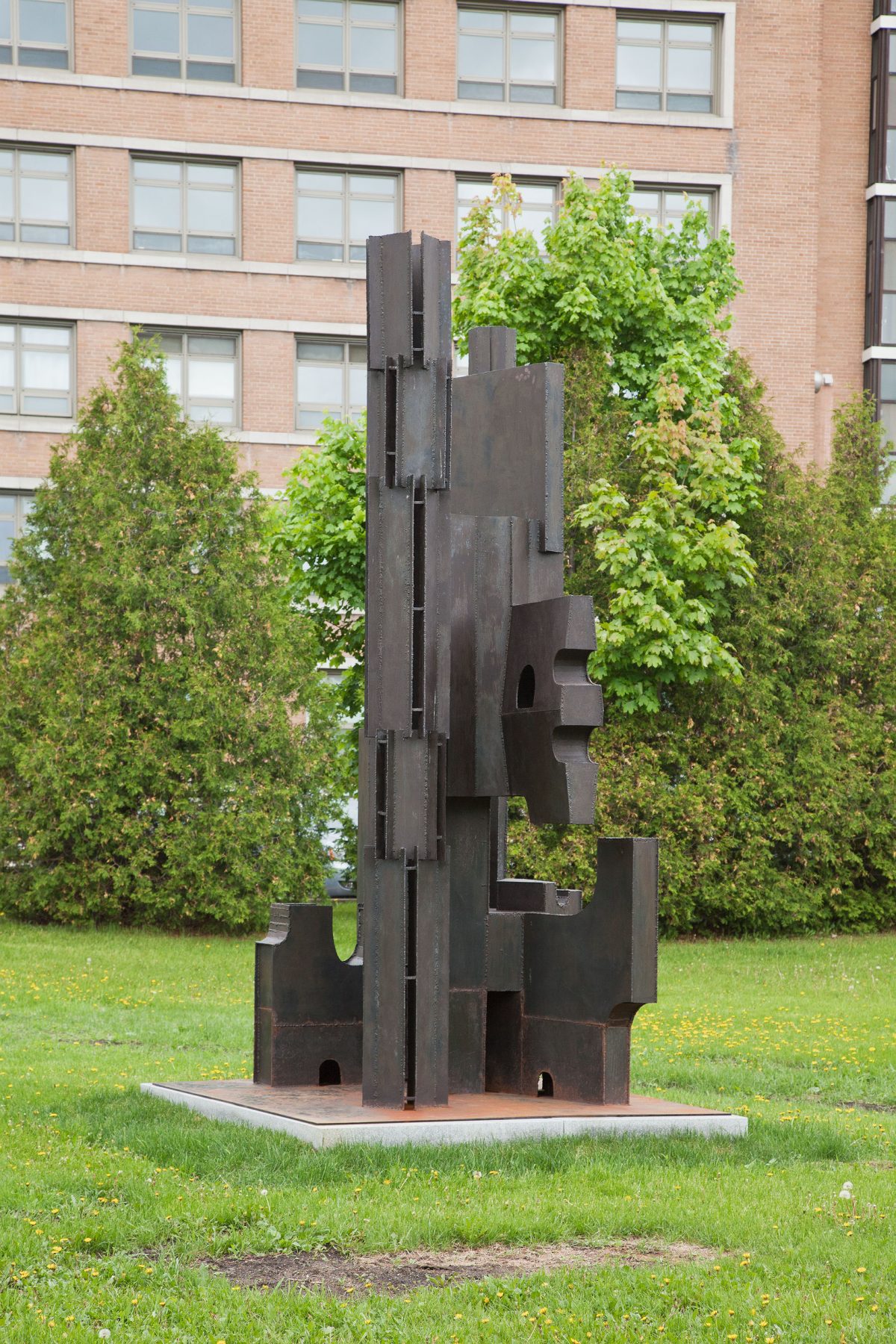 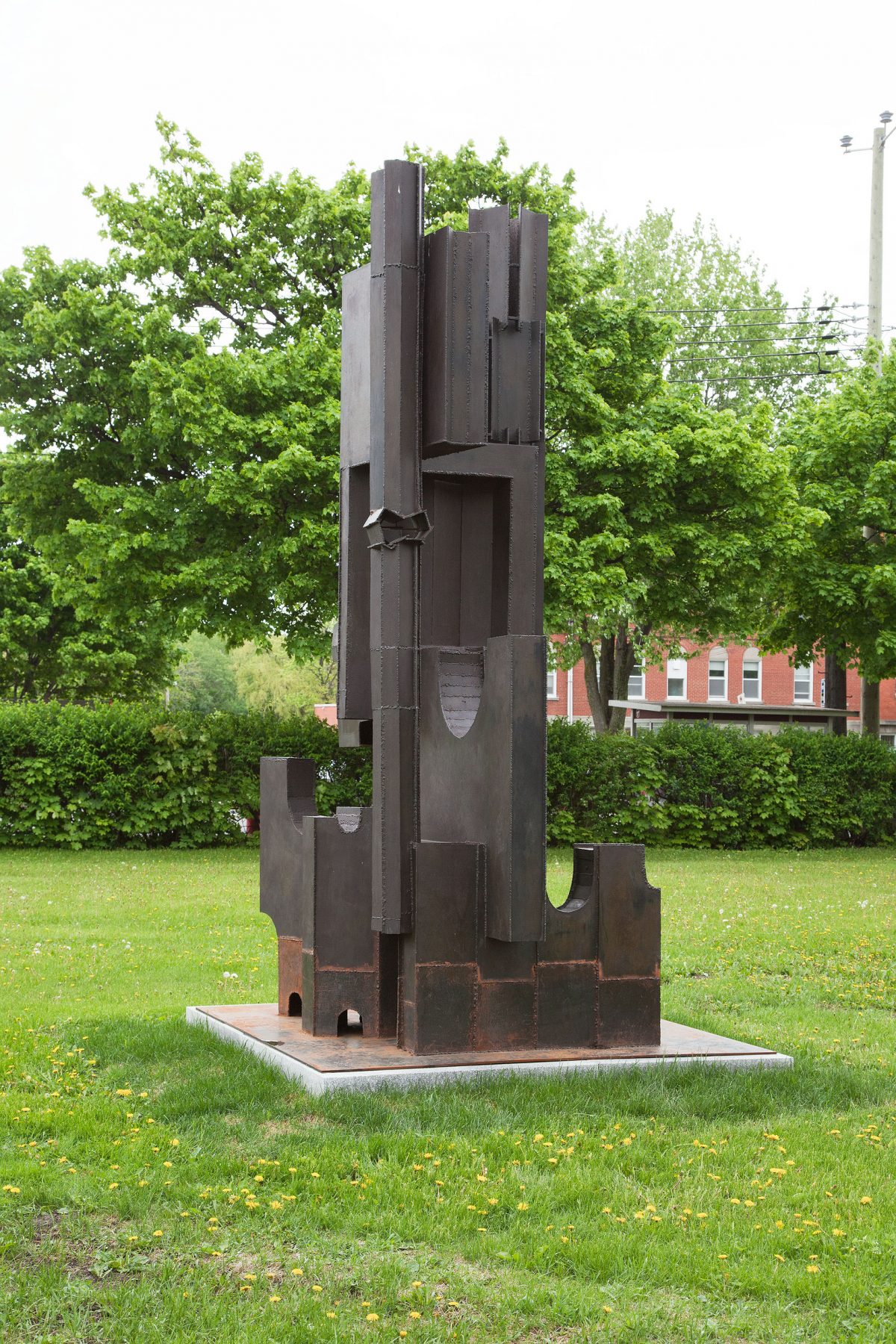 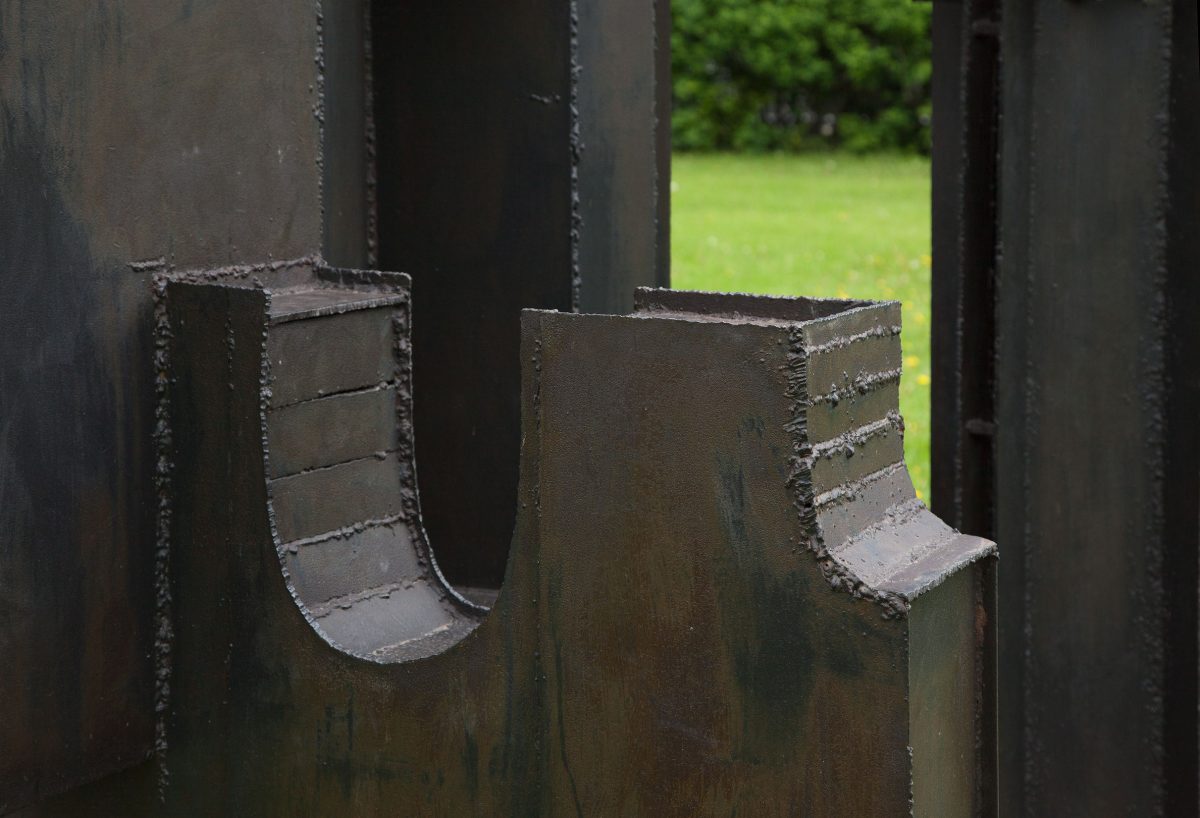 In 1965, the Ministère des Affaires culturelles du Québec launched the Quebec Symposium, a major exhibition of contemporary sculpture that was held in the garden and studios of the brand new Musée d’art contemporain de Montréal. Nine renown sculptors, including Ivanhoë Fortier, were invited to create new works on the theme of cut and welded metal, which were intended to become part of the museum’s permanent collection. Created in this context, Sans titre is an imposing steel sculpture that was eventually installed on the site of Montréal’s Maisonneuve-Rosemont Hospital, in 2013. Through a profound mastery of line and form and its monumental and architectonic character, the work echoes the principles of the “habitable” sculptures that were part of Fortier’s practice since the early 1970s. 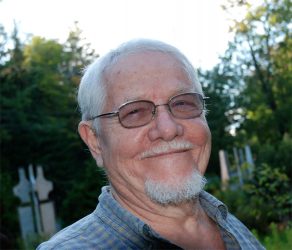