The Woolworths Choir of 1979

Montréal, October 9, 2013 — From today through December 1, 2013, the Musée d’art contemporain de Montréal (MAC) presents The Woolworths Choir of 1979, a remarkable work by British artist Elizabeth Price, which earned her the prestigious Turner Prize in 2012. The presentation of this work at the MAC coincides with the artist’s participation in this year’s POP Montréal Symposium. Screenings of The Woolworths Choir of 1979 begin at 11 a.m. sharp and repeat at 20-minute intervals.

The Woolworths Choir of 1979 brings together photographs of church architecture, Internet clips of pop performances and news footage of a fire in Manchester, England, in which 10 people died.  In an interview she gave at the time the Turner Prize was awarded, Price noted: “When I started making the work I didn’t know it would end up being about that subject in a way and I did take that very seriously. But I’m very interested in those kinds of social, historical stories and think art is the way to remember them and think about them.”

By weaving together apparently unrelated topics and visual styles as well as text and music, Price seeks to demonstrate that any kind of information, be it dry, catchy or macabre, can be transmitted in an arresting, memorable way.

Elizabeth Price was born in Bradford, West Yorkshire, in 1966, and lives and works in London. She began her studies at the University of Oxford’s Ruskin School of Drawing and Fine Art, and subsequently attended the Royal College of Art in London, where she obtained a Master’s degree in 1991.

The MAC would like to acknowledge the POP Montréal team’s collaboration in producing this project, with special thanks to Johanna Heldebro, Jared Leon, Hilary Leftick and Daniel Seligman. 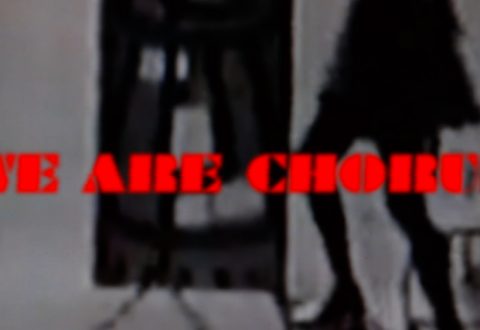