John Zeppetelli and Geneviève Cadieux Mine the Musée’s Collection

Two points of view on a remarkable collection

Montréal, June 19, 2015 — Until October 18, the Musée d’art contemporain de Montréal (MAC) presents two exhibitions featuring works from its rich permanent collection. Entitled New Discoveries and Other Obsessions, the first exhibition offers choices from MAC Director and Chief Curator John Zeppetelli. This set of works constitutes his first exhibition culled from the Collection held by the institution he has led for nearly two years. Alongside it, the exhibition L’Œil et l’Esprit brings together selections made by artist Geneviève Cadieux, who systematically reviewed the MAC’s 7800-plus works in order to carefully pick one hundred that reflected her thoughts on art history and modern society.

In New Discoveries and Other Obsessions, which subtly suggests the director’s concerns and interests with respect to his recommended development of the Collection, John Zeppetelli presents works that play with reality and fiction, real and virtual, appearances and what’s really behind them. The chosen works are not what they first seem to be, as conceptual strategies or narrative back-stories confer unexpected meaning, provoke new interest and provide greater resonance. For example, Thomas Demand’s Vault, the masterpiece of the exhibition, appears at first glance to simply be a photograph of works found in a strong room. In fact, the artist started from a newspaper image of the vault at the Wildenstein Institute in Paris, depicting framed paintings turned toward the walls. He built a three-dimensional paper sculpture of the image in his studio, which he then carefully lit and photographed. The result is a mesmerizing photograph of a sculpture of a photograph. Zeppetelli also devotes a room to Geneviève Cadieux’s Broken Memory, a powerful work of minimalist sculpture troubled by a woman’s persistent, existential cri de cœur. Among the other artists featured in the exhibition are Gary Hill, Ron Terrada, Nicolas Baier, Carlos & Jason Sanchez, Jon Rafman, Jeff Wall and Chih-Chien Wang.

In the fall of 2014, MAC Director John Zeppetelli invited Geneviève Cadieux to design an exhibition from the institution’s Collection. “I was delighted to accept this invitation because I see, in the curating process, complete freedom of choice and the possibility of achieving a creative drift in the Collection,” explained the artist. The result of this blissful drift is called L’Œil et l’Esprit, an exhibition that engages our attention through a plurality of points of view. Its cornerstone is an attractive gallery of portraits and landscapes that allows visitors to make unexpected discoveries. Along this densely populated journey are varied works by, among others, Matisse, Picasso, Van Dongen, Robert Doisneau, Emily Carr, Diane Arbus, Cindy Sherman and Andres Serrano. Pieces by Ann Hamilton ((bearings), 1996), Bruce Nauman (Smoke Rings: Two Concentric Tunnels, Skewed and Noncommunicating, 1980) and Claude Tousignant (Non-lieu, 1980) form the heart of the exhibition, the nucleus around which it revolves. Bringing together works from 1868 to 2011, L’œil et l’Esprit speaks to the artist’s interest in diverse artistic genres and mediums, as well as their pictorialism and plasticity. Let us not forget that Geneviève Cadieux’s work entitled La Voie lactée – a veritable icon of Montréal’s urban landscape – has adorned the roof of the MAC since its downtown opening in 1992.

The Musée d’art contemporain de Montréal is a provincially owned corporation funded by the Ministère de la Culture et des Communications du Québec. It receives additional funding from the Department of Canadian Heritage and the Canada Council for the Arts. The museum gratefully acknowledges their support and that of Collection Loto-Québec, the MAC’s principal partner. The MAC also thanks La Presse, Cogeco Média and PACART Transport Québec. 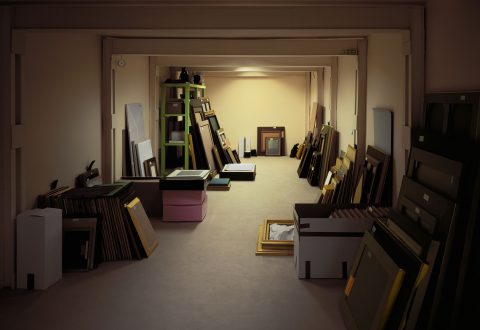 New Discoveries and Other Obsessions 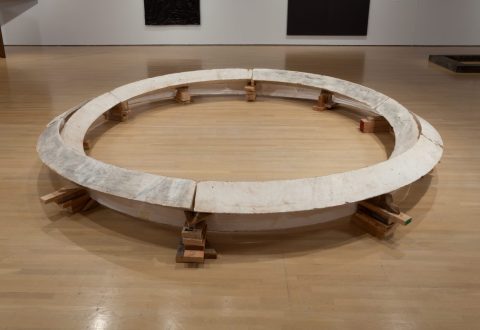