Liz Magor and Lizzie Fitch/Ryan Trecartin at the MAC

A look at the everyday: the raw material of art

Montréal, June 21, 2016 — The Musée d’art contemporain de Montréal is very proud to present an exhibition devoted to one of the most influential Canadian artists of her generation, Liz Magor. Habitude, as well as the installation Priority Innfield by the young American artists Lizzie Fitch and Ryan Trecartin. In keeping with its commitment to offer continually stimulating experiences, the Musée invites the Montréal public and the many tourists visiting the city this summer to discover artistic practices that ponder and question, using totally different conceptual and material approaches, our daily routines of life. Both exhibitions will run from June 22 to September 5, 2016.

Canadian artist Liz Magor is unquestionably one of the most important artists of her generation. Liz Magor. Habitude is a non-chronological survey, the most ambitious ever presented, that brings together at the MAC sculptures and installations produced over the last forty years. It sheds light on the recurring themes, emotional range and materials explored by the artist, enabling visitors to observe her judicious assembling of objects of everyday life, which gives rise to a disturbing feeling of absence. Shifting between the intimate and the monumental, the works on view illustrate the scope of a practice “whose concerns include interior psychological states of addiction and desire, of compulsion and consumption as well as and how meaning is constructed through material forms and objects,” observes John Zeppetelli, Director and Chief Curator of the Musée.

Between the classic concerns of minimal art and a visual vocabulary that she opens up to ideas of social identity, among others, Magor demonstrates a conceptual rigour which she combines with an intense investigation of materials, while also playing with the notion of scale. The show reveals the conceptual and formal aspects of the work of this remarkable artist, with very recent pieces displayed alongside others from earlier in her career. Her combinations of cast and found objects–such as Burrow, 1999, Chee-to, 2000, Carton II, 2006, and Still Alive, 2016–conjure notions of attraction and repulsion. Also included are large-scale installations like Production, 1980, Messenger, 1996, and the superb wall-based installation Being This, 2012, a series of boxes containing found garments that have been meticulously mended and embellished by the artist, as well as Violator, 2015, an old woollen blanket that has also been subtly altered. Co-curators Lesley Johnstone and Dan Adler state : “It’s remarkable given the diversity of materials – everything from twigs to tweeds, from chocolate to cigarettes – that Magor has maintained the same level of procedural rigour and conceptual complexity for more that forty years.”

Liz Magor (born in 1948) lives and works in Vancouver, British Columbia. Her work has been featured in solo exhibitions at Peep-hole, Milan (2015); Art Gallery of Ontario, Toronto (2015, 1986); Triangle France, Marseille (2013); The Power Plant, Toronto (2003); Vancouver Art Gallery (2002); and on numerous occasions at Susan Hobbs Gallery, Toronto, and Catriona Jeffries, Vancouver. Recent group shows include MashUp: The Birth of Modern Culture, Vancouver Art Gallery (2016); Pacific Triennial, Orange County Museum of Art, Newport Beach, California (2013); Zoo, Musée d’art contemporain de Montréal (2012); and The Mouth and other storage facilities, Henry Art Gallery, Seattle (2008). Magor is the recipient of the Gershon Iskowitz Prize (2014), the Audain Prize for Lifetime Achievement (2009) and the Governor General’s Award (2001). She represented Canada at the Venice Biennale in 1984, and participated in the Biennale of Sydney, Australia, in 1982 and documenta 8 in Kassel, Germany, in 1987.

The curators of the exhibition are Lesley Johnstone, Curator and Head of Exhibitions and Education at the MAC, and Dan Adler, Guest Curator and Professor at York University in Toronto.

The exhibition is accompanied by a bilingual, extensively illustrated, 264-page catalogue co-produced by the MAC, Migros Museum für Gegenwartskunst, Zurich, and the Kunstverein in Hamburg. It contains a conversation between Liz Magor and Lesley Johnstone, texts by artists Géraldine Gourbe, Ian Carr-Harris, Corin Sworn, Chris Sharp, Isabelle Pauwels and Trevor Mahovsky, and essays by Dan Adler, Heike Munder and Bettina Steinbrügge. The catalogue may be purchased at the Musée Boutique for $55.00.

Young American artists Lizzie Fitch and Ryan Trecartin are among the most iconic artists of their generation who according to John Zeppetelli, “chart with great dexterity and courage new social and aesthetic territories.” Since meeting in 2000, the two artists have employed video, sculpture, sound and installation to brashly address the changing nature of interpersonal relationships brought about by technology and social media. The resulting works present a potential vision of the future where our sense of place in the world is determined by an increasingly difficult to navigate set of factors. As Trecartin says: “I love the idea of technology and culture moving faster than the understanding of those mediums by people.”

The MAC is presenting the North American premiere of Priority Innfield, a “sculptural theatre” composed of four movies, each projected in its own pavilion. These movies–Junior War, Comma Boat, CENTER JENNY and Item Falls (all from 2013)–each represent a chapter in a pseudo-science-fiction narrative that relates a history of future civilizations inspired by an inventive recasting of the theories of evolution. Comprising sequences filmed by Trecartin in the 1990s when he was still in high school, Junior War documents the excesses of adolescence and serves as a prologue to the series. In Comma Boat, Trecartin casts himself as a dictatorial filmmaker ineffectively directing an apathetic cast. CENTER JENNY and Item Falls showcase students (all called Jenny) learning about the “human past” while aspiring to climb the rungs of society.

Carefully scripted and shot in sets and costumes created by the artists, the movies are also the product of contributions by numerous collaborators. The pavilions of Priority Innfield, fabricated while the movies were being shot, take up their themes and visual elements: a reality show set, a bathroom or a suburban park. They act as viewing areas and observation platforms and emit an  ambient sound track to the installation. “By presenting the movies this way, Fitch and Trecartin create a fluid, open experience in a unified space sealed off from the rest of the world–all the better to underscore the phenomenological and semantic shifts that lie at the heart of their works,” notes Mark Lanctôt, curator of the exhibition and at the MAC.

It is to be noted that the films are presented in original English version. French versions of the synopsis are available in the exhibition rooms.

Lizzie Fitch and Ryan Trecartin were both born in 1981, in Indiana and Texas, respectively. They graduated from the Rhode Island School of Design and currently live and work in Los Angeles. Since their much-noted participation in the 2006 Whitney Biennial, the two artists have produced an impressive number of projects, each more ambitious than the next. They have taken part in such major group shows as Younger than Jesus at the New Museum, New York (2009), and Il Palazzo Enciclopedico at the 55th Venice Biennale (2013), and have been featured in solo exhibitions at the Museum of Contemporary Art, Los Angeles (2010), MoMA PS1, New York, Musée d’art moderne de la Ville de Paris (2011-2012) and KW Institute for Contemporary Art, Berlin (2014-2015.)

This tour is organized in collaboration with the Zabludowicz Collection, London, with the permission of Tamares Real Estate Holdings, Inc.:

The presentation at the Musée d’art contemporain de Montréal was organized by Mark Lanctôt, curator at the MAC.

The Musée d’art contemporain de Montréal (MAC) is a provincially owned corporation funded by the Ministère de la Culture et des Communications du Québec. It receives additional funding from the Department of Canadian Heritage and the Canada Council for the Arts. The museum gratefully acknowledges their support. Finally, the MAC thanks its partners Loto-Québec and Ubisoft Montréal, and its media partner La Presse.

For the presentation Liz Magor. Habitude, the Museum is also grateful to PACART inc. for its support which facilitated the organization and preparation of the exhibition. 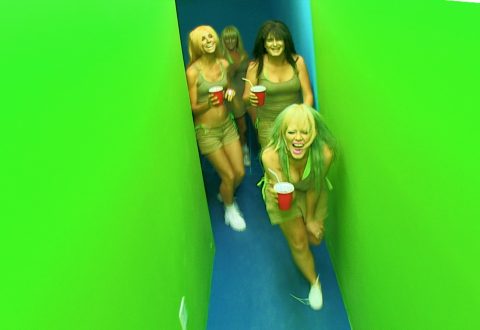 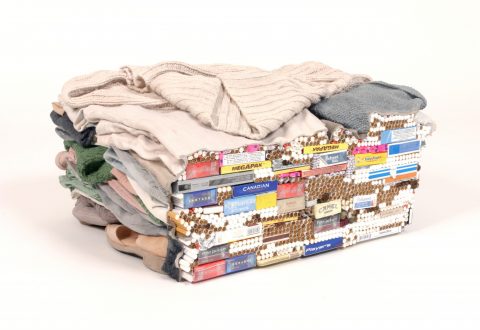