Montréal, May 21, 2014 — On Sunday, May 25, for Montréal Museums Day, the Musée d’art contemporain de Montréal (MAC) will throw open its doors from 9 a.m. to 6 p.m. to offer the public an opportunity to visit its permanent exhibition—A Matter of Abstraction—, take part in hands-on workshops and talk with the MAC educator/guides in the galleries. Visitors will also discover a number of fascinating works presented in connection with the 2nd edition of the International Digital Arts Biennial (BIAN). Those who enjoy digital art will also have a chance to view C4I, an imposing work by Japanese artist, composer and performer Ryoji Ikeda, specially programmed by the Musée for the BIAN.

A Matter of Abstraction

On this special day, visitors will also be able to explore the works of artists and the artistic movements that have defined the development of abstraction since the 1940s in Québec and across Canada. A Matter of Abstraction provides a broad overview of the period from 1940-2010, in a display of 110 pieces produced by 60 artists. Following a chronological and thematic approach, the exhibition showcases key works from the museum’s permanent collection, now a priceless public heritage.

C4I, a work by Ryoji Ikeda

As part of the 2nd BIAN, the MAC is pleased to present the film version of C4I, a work by Ryoji Ikeda, a major figure in minimalist electronic music. Described by the Musée’s Director and Chief Curator John Zeppetelli as “a great poet of our age of digital exploration,” Ikeda’s practice explores the rationality, simplicity and intricacy of ultrasounds and frequencies, as well as the essential characteristics of sound.

The MAC is this year’s venue for BIAN’s “installations” section and will host some 15 works by Québec, Canadian and international artists, five of them from the Fédération Wallonie-Bruxelles. The works by all these artists point to the growing importance of design, games, robotics, science and digital art in contemporary culture. Must-see exhibitions: PHYSCIAL/ITÉ, The New Alliance and Hedonistika Montréal.

The MAC’s hands-on workshops will run continuously from 1 p.m. to 5 p.m., welcoming young and old to a highly colourful experience. On the theme Hats Off, this activity has been specially organized to mark the 50th anniversary of the Musée d’art contemporain de Montréal.

For the fourth year in a row, the shuttle buses for Montréal Museums Day will depart from the Quartier des Spectacles specifically, the Promenade des Artistes, just next to the MAC. They will be ferrying people to their destinations from 9.30 a.m. to 4 p.m. But before hopping on board, be sure to make the Musée d’art contemporain de Montréal your first stop!

The Musée d’art contemporain de Montréal (MAC) is a provincially owned corporation funded by the Ministère de la Culture et des Communications du Québec. It receives additional funding from the Department of Canadian Heritage and the Canada Council for the Arts. The museum gratefully acknowledges their support and that of Collection Loto-Québec, the MAC’s principal partner. The MAC also thanks its media partner, La Presse+. 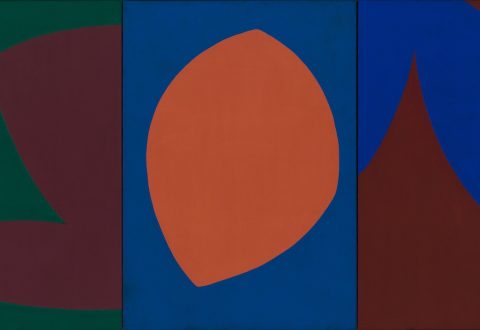 A Matter of Abstraction