Montréal, February 6, 2013 — The Musée d’art contemporain de Montréal (MAC) is premiering two exhibitions and a multimedia project. Laurent Grasso. Uraniborg, the product of a joint initiative by the Musée d’art contemporain de Montréal and the Jeu de Paume in Paris, is the artist’s first major exhibition in Québec or anywhere in Canada, and the largest ever held in North America. False Clues by Lynne Cohen showcases forty works by this internationally renowned photographer, most of them recently produced. Finally, in our continuing Projections series, Jonathas de Andrade’s film 4 000 Disparos is the inaugural Canadian presentation of the work of this Brazilian artist. Uraniborg, False Clues and 4 000 Disparos will be on at the Musée from February 7 to April 28, 2013.

The exhibition Uraniborg offers a unique foray into space and time, two themes that lie at the heart of Laurent Grasso’s approach. The history of observation—and its connection to political power—also plays a pivotal role in his work and acts as a starting point for a broader examination of seeing, controlling and monitoring, at the same time as it opens up a path to possible worlds. For this presentation, the artist has created a device that alters the architecture of the venue in order to probe the modalities of perception.

The device refers to the architecture of the Uraniborg, the last observatory built to perform measurements with the naked eye. Grasso’s latest film work, Uraniborg, 2012, which is part of the exhibition, also takes its title from this unique place. Uraniborg, or “Castle of Urania,” the Muse of Astronomy, was the name given to Danish astronomer Tycho Brahe’s castle and observatory erected on the island of Hven in 1576. Financed by King Frederick II of Denmark, the Uraniborg was at the time considered the most important observatory in Europe. Practically no trace remains of it today, however, as it was destroyed by island residents after the scientist was forced to leave Hven in 1597.

Conceived as a artwork in itself, Uraniborg transforms the museum’s exhibition galleries in a way that echoes the panoptic constructions studied by Foucault and destabilizes viewers by blurring their spatial and temporal points of reference. In this imposing labyrinthine architecture, visitors are drawn into a long corridor broken up by windows offering a glimpse of videos, paintings, drawings, neon works, sculptures and artifacts of history and mythology. This distinctive layout creates parallel worlds and experiential spaces, leading viewers to continually readjust their positions and their benchmarks with respect to the works they are looking at.

The artist explains: “The idea is to construct a floating viewpoint, thereby producing a discrepancy in relation to reality. We move from one space to another, and that’s also how we create states of consciousness.” In this way, Grasso devises dizzying architectures which prompt us, as we experience them, to ponder the panoptic strategies of power.

Grasso’s work incorporates video, sculpture, painting, drawing and exhibition devices, combining documentary, historical and mythological sources as long as they hold aesthetic and fictional potential. Among the works presented here is the series of paintings Studies into the Past. These drawings and oils on wood panel, in a style and technique inspired by Flemish and Italian painters of the fifteenth and sixteenth centuries, also contain a foreign, anachronistic element: an eclipse, a cloud of smoke or a rock levitating over a landscape. By intermingling times–past, present and future–Grasso invents works that are like an archaeology of the future. This series plays with the conception of reality in another era and forms what the artist calls an “imaginary archive.”

The 2008 winner of the Prix Marcel Duchamp, Grasso is the subject of a major monograph, Laurent Grasso: The Black-Body Radiation, published in 2009 by Les presses du réel. Five other catalogues have also been devoted to his work.

Born in 1972, Laurent Grasso currently lives and works in Paris and New York. He is represented by the Sean Kelly Gallery in New York, Chez Valentin in Paris and Edouard Malingue in Hong Kong.

The Musée d’art contemporain de Montréal thanks the Consulate General of France in Québec for its financial support for the Laurent Grasso presentation.

The exhibition was organized by the artist Laurent Grasso, Marie Fraser, Chief Curator and Director of Education at the Musée d’art contemporain de Montréal, and Marta Gili, Director of the Jeu de Paume in Paris.

A 195-page catalogue published by Skira Flammarion and co-produced by the Musée d’art contemporain de Montréal and the Jeu de Paume accompanies the exhibition. It is available for $46.50 at the Musée Boutique.

The exhibition False Clues features forty photographs by Montréal-based artist Lynne Cohen, most of them recently produced. Known since the early 1970s for her photographs that suggest scale models or fabricated décors, she uses a view camera to photograph “ready-made” interior spaces, always empty of occupants, which the works’ titles usually do not specifically identify. Over the years, interiors and public or semi-public venues–skating rinks, dance halls, hotel lobbies, men’s clubs–have given way to more complex, less readily accessible settings, such as classrooms, science labs or military installations. Whatever the (sometimes ominous) nature of the places pictured, the artist underscores the humour, artifice and illusion that lie therein. Cohen, it should be mentioned, does not alter or intervene in any way in the sites she photographs. She explains her process this way: “None of my places appears real. But, then again, not much appears real when you step back and take a look.… While I aim for a kind of deceptive neutrality in the way I photograph, the subject … is scarcely neutral.”

After its Montréal run, the exhibition False Clues will begin a national and international tour in January 2014.

Born in 1944 in Racine, Wisconsin, Lynne Cohen studied at the University of Wisconsin and Eastern Michigan University before moving to Ottawa in 1973. She has been based in Montréal since 2003. Her work has been shown in numerous solo and group exhibitions around the world and was the subject of a retrospective at the National Gallery of Canada, in Ottawa, in 2002, and at the Musée de l’Élysée, in Lausanne, Switzerland, in 2003. Among the many honours she has won are the Governor General’s Award in Visual Arts and Media Arts, in 2005, and the Scotiabank Photography Award, in 2011.

In connection with the exhibition, the Musée has published a 72-page catalogue titled Lynne Cohen. False Clues. This publication includes eighteen colour plates of works which, in an innovative feature, are accompanied by the artist’s comments. It may be purchased for $19.95 at the Musée Boutique and in bookstores.

Brazilian artist Jonathas de Andrade builds his work through research and investigation. In 2009, on a journey he made through several different countries in South America for his project Documento Latinamerica – Condução Deriva (Driving Adrift – Latinamerica Document), the artist was struck by a sense of historical amnesia evident in those countries, even though they had only recently thrown off the yoke of oppressive dictatorships. That is the background against which he conceived his film project 4 000 Disparos, shot in the streets of Buenos Aires where he randomly captured anonymous male faces. Through his use of black and white, the 4,000 images conjure up archive photos and place the work in an ambiguous space between fiction and historical document. Born in 1982 in Maceió, Jonathas de Andrade lives and works in Recife, a city on Brazil’s northeast coast.

The presentation 4 000 Disparos was organized by Louise Simard, curator of the Projections series and Head of Multimedia Projects at the Musée d’art contemporain de Montréal.

In Connection with the Exhibitions Laurent Grasso. Uraniborg and Lynne Cohen. False Clues

Meet the artists and curators

A conversation with artist Laurent Grasso and Stéphane Durand, researcher at the Université de Montréal’s CRM, will take place on Thursday, February 7 at 5:30 p.m. in Beverley Webster Rolph Hall (in French); artist Lynne Cohen, together with curator François LeTourneux, will meet the public on Wednesday, February 13 at 7 p.m. (in French).

Inspired by Laurent Grasso’s 2011 work called 1610 III, participants will create a constellation of stars that will light up the museum!

This workshop will also be featured on Saturday, March 2, from 6 to 9 p.m., in connection with La Petite Nuit blanche at the Musée.

The Musée d’art contemporain de Montréal is open Tuesday to Sunday from 11 a.m. to 6 p.m. Late opening, till 9 p.m., on Wednesdays as well as on Friday, March 1 and April 5, for the MAC’s Friday Nocturnes, which will feature Yamantaka//Sonic Titan and Colin Stetson, respectively. 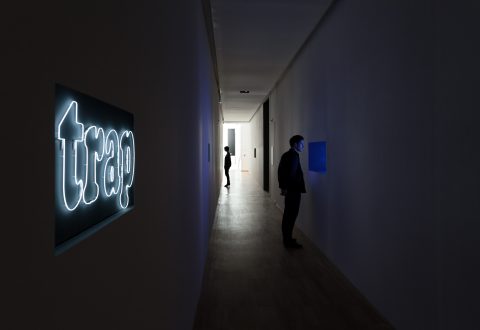 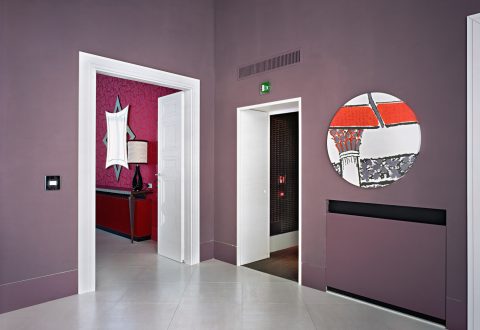