of The Explosive Sonics of Divinity by Ragnar Kjartansson

To music composed by Kjartan Sveinsson, former keyboard player with the cult band Sigur Rós, this highly romantic work, an opera without divas, is performed by 39 musicians and 16 choristers of the Orchestre Métropolitain. A compelling homage to classic stage design, the piece exemplifies the scope and originality of Kjartansson’s artistic practice.

The Explosive Sonics of Divinity is a production of the prestigious, avant-garde Berlin theatre Volksbühne am Rosa-Luxemburg-Platz. Here is an excerpt of the work: https://vimeo.com/95747509

The Explosive Sonics of Divinity is part of an important series of works inspired by the epic novel World Light by Nobel laureate Halldór Laxness, a major figure in Icelandic literature, which tells the story of the torment of an artist in love with beauty. On stage, we see enormous canvases that serve as sets; they were painted by the artist and his friends in Reykjavik in the summer of 2013. The sets are essentially a series of tableaux recalling the romantic scenes depicted by German painter Caspar David Friedrich.

Ragnar Kjartansson was born in Reykjavik, Iceland, in 1976. He studied at the Iceland Academy of the Arts and the Royal Swedish Academy, Stockholm. His works have been shown in museums and institutions around the world, including the Arthouse at the Jones Center, Austin (2011), the Institute of Contemporary Art, Boston (2012), and HangarBicocca, Milan (2013). Recent solo shows of Kjartansson’s works have been presented at Thyssen-Bornemisza Art Contemporary, Vienna (2013 and 2014), the New Museum, New York (2014), and Palais de Tokyo, Paris (2015). In 2009, Kjartansson represented Iceland at the Venice Biennale, and in 2011 he received the Malcolm McLaren Award at Performa 13 in New York.

The Musée d’art contemporain de Montréal is a provincially owned corporation funded by the Ministère de la Culture et des Communications du Québec. It receives additional funding from the Department of Canadian Heritage and the Canada Council for the Arts. The Musée thanks them, as well as its partners Collection Loto-Québec and Ubisoft. The MAC also thanks its media partner La Presse. 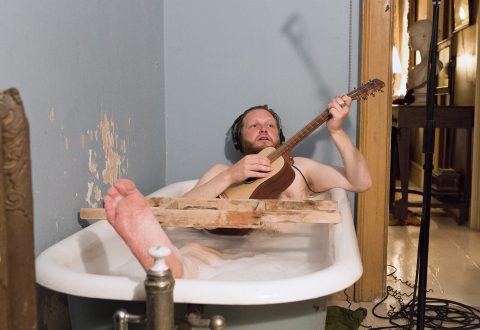