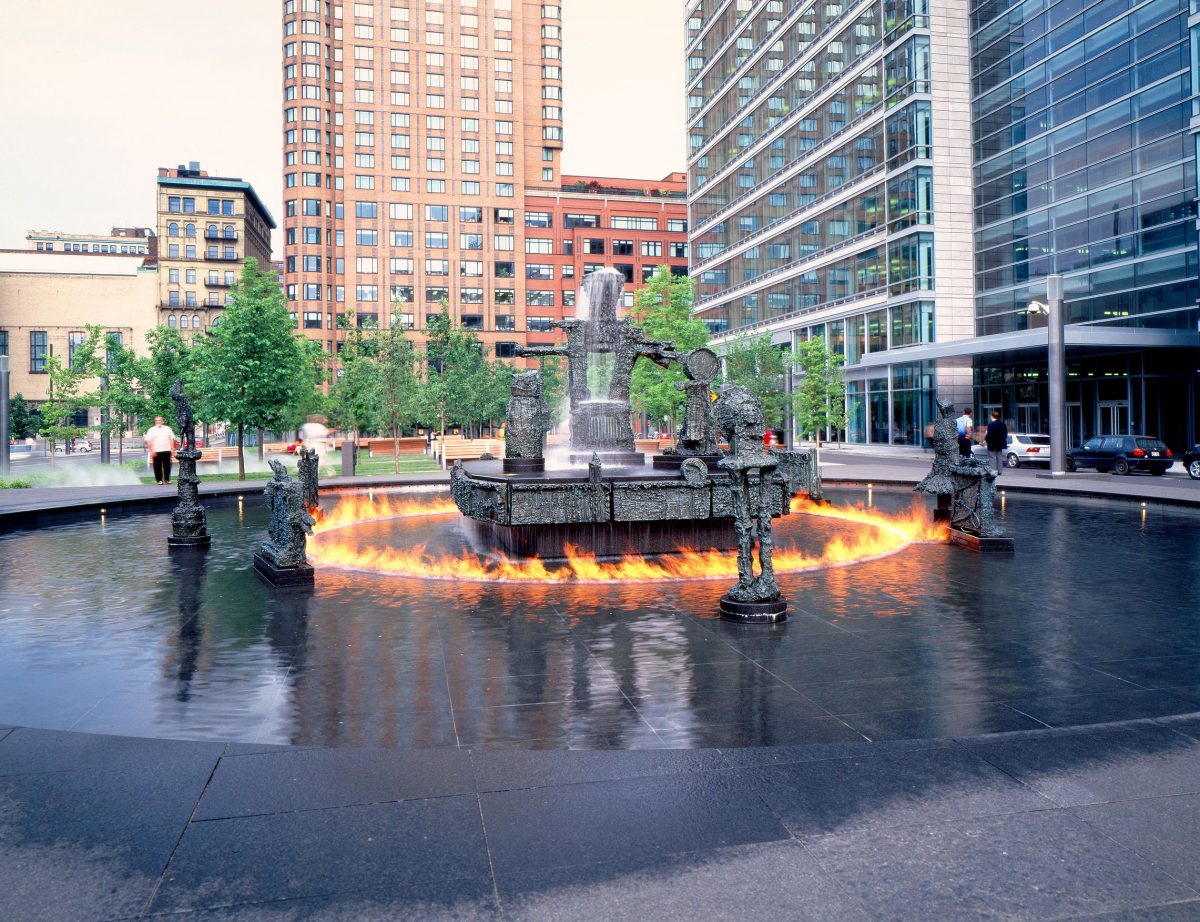 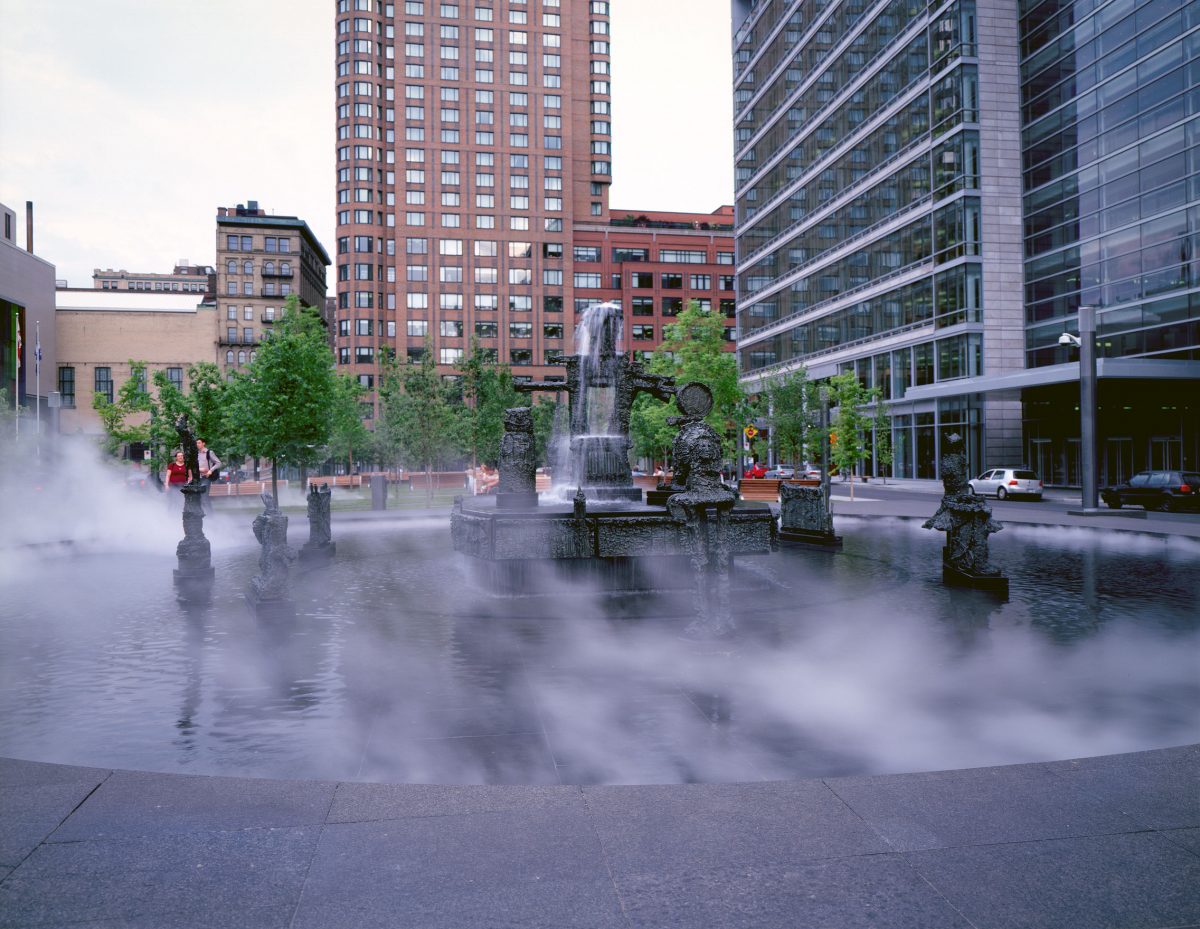 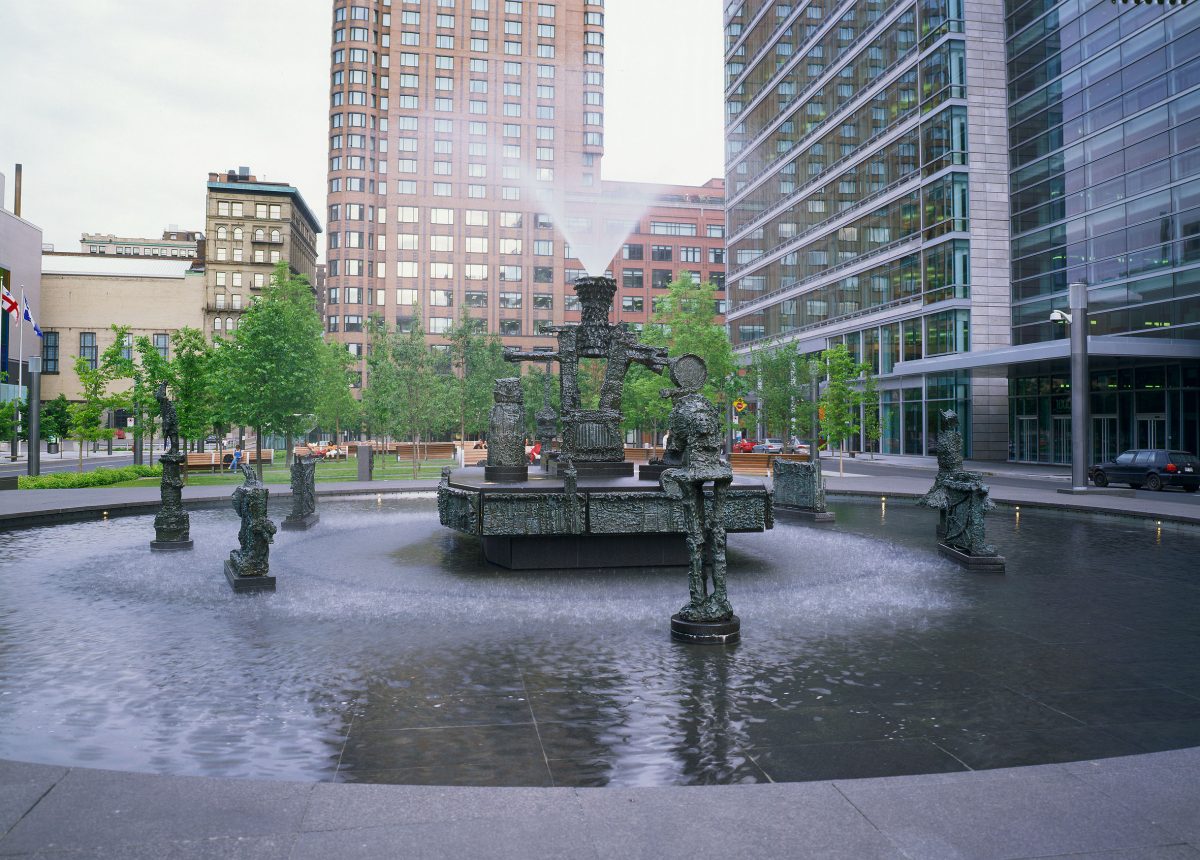 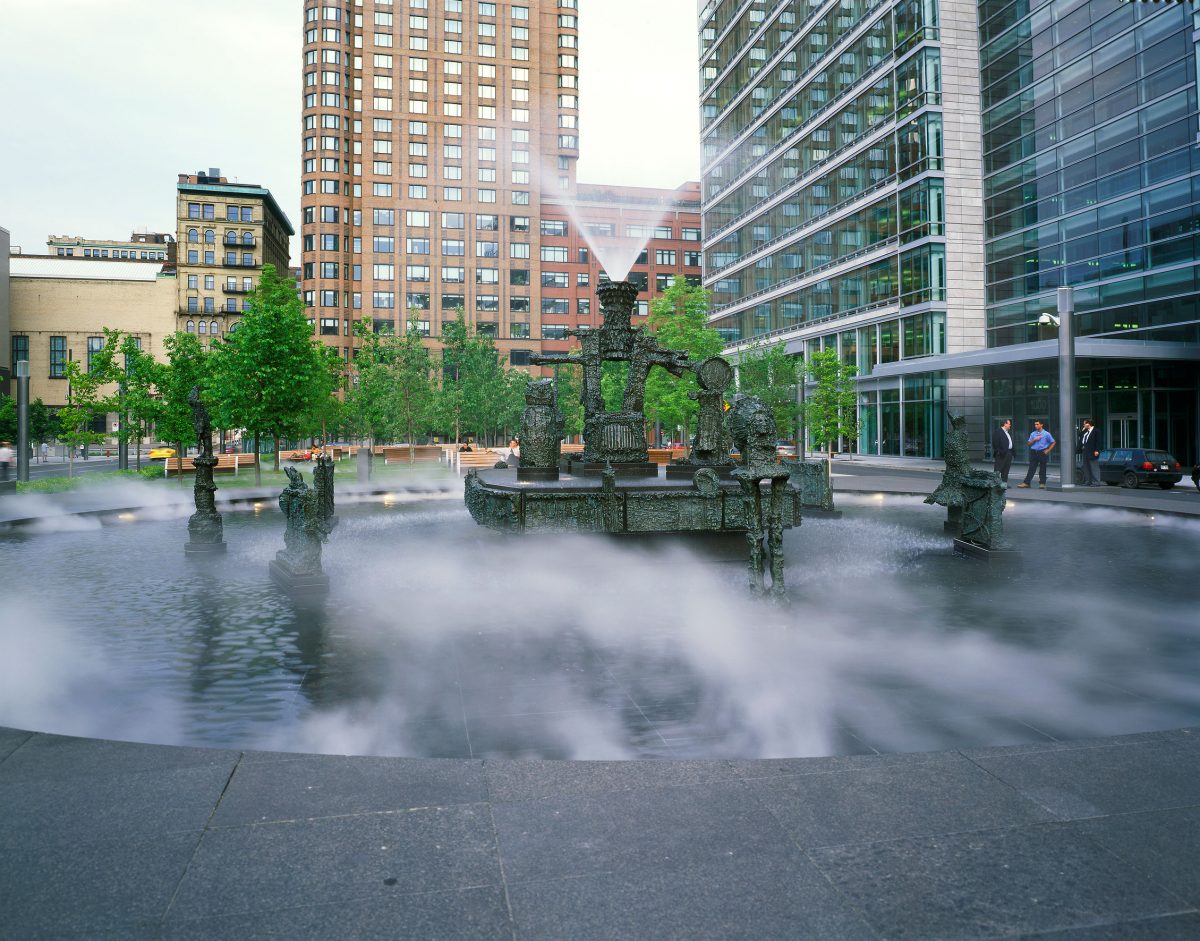 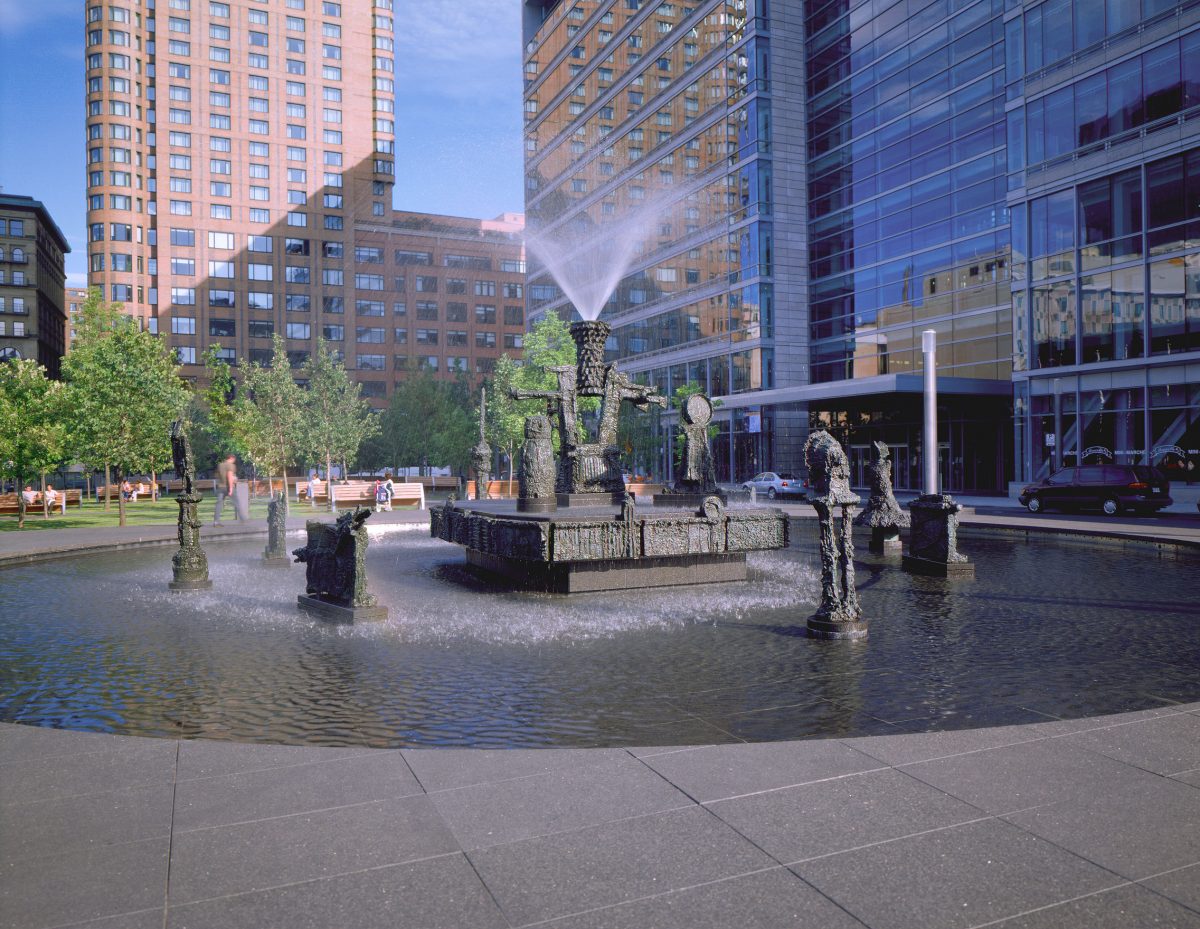 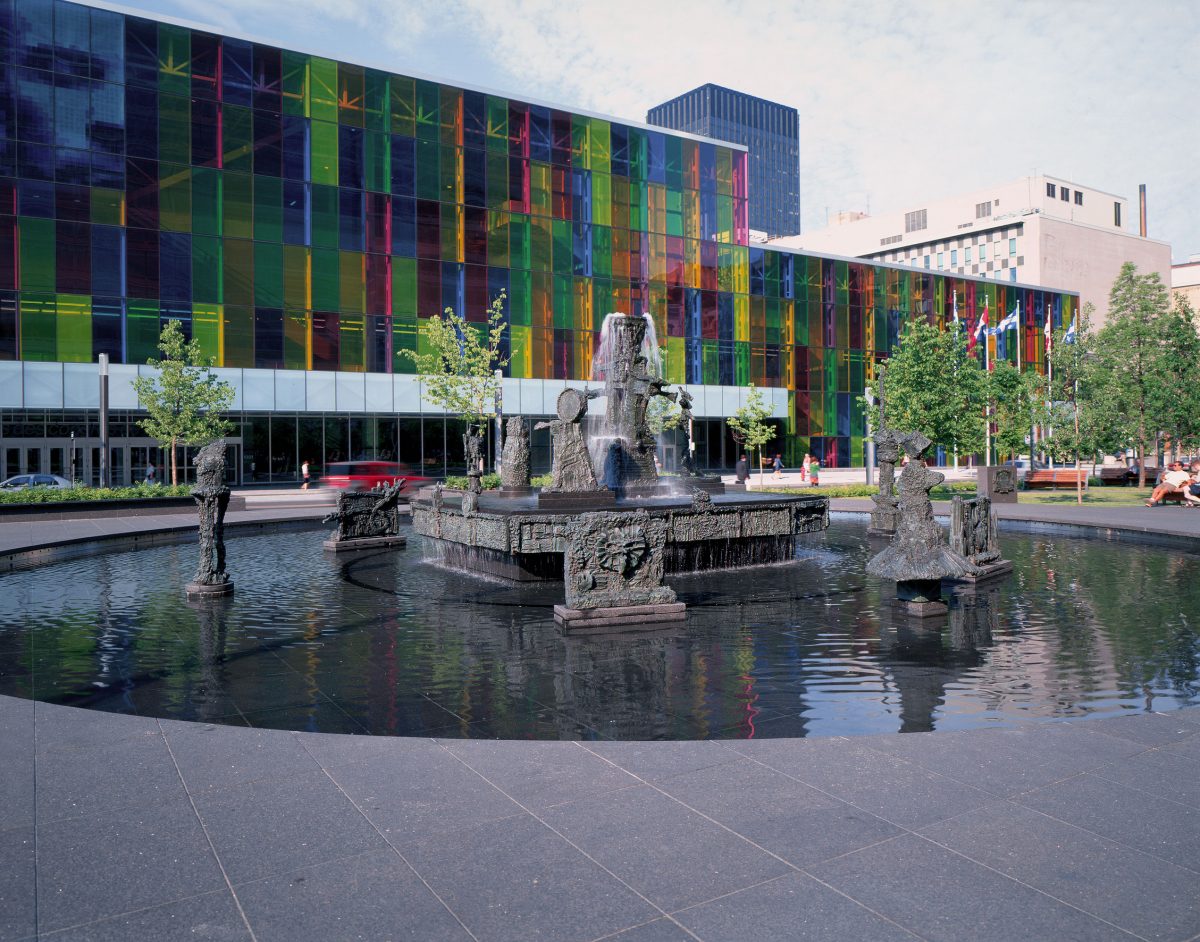 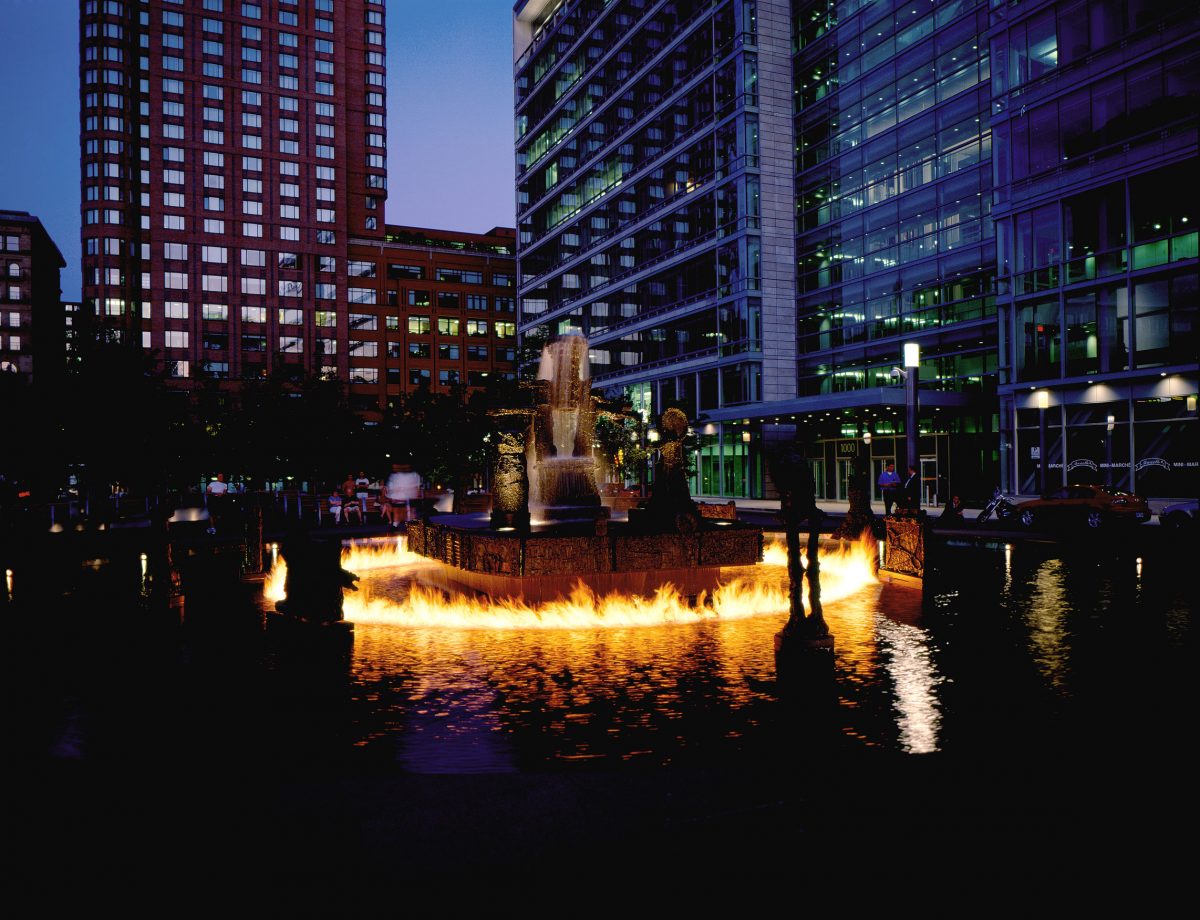 Jean-Paul Riopelle’s only fountain sculpture, La Joute, constitutes a monumental ensemble of elements erected within Montréal’s Quartier international. Initially installed at the site of the Olympic Park during the 1976 Summer Olympic Games in Montréal, it was reinstalled at Place Jean-Paul Riopelle, in 2004. Circling the “Tour de la Vie” are thirty bronze elements representing various mythical creatures that sparked the artist’s imagination as a young child. These include the Owl-Shovel, the Fish, the Bear, and the Dog. In its new location, the work incorporates the complete scenography as originally planned by Riopelle. Between June and October of each year, a spectacular thirty-minute choreography of light and mist animates the entire piece, concluding with the dramatic lighting of a ring of fire in the fountain’s pool.